Hundreds of thousands are expected to come out for the big Pride Party. The city is telling people to stay hydrated, wear light colored clothing, hats and sunscreen. 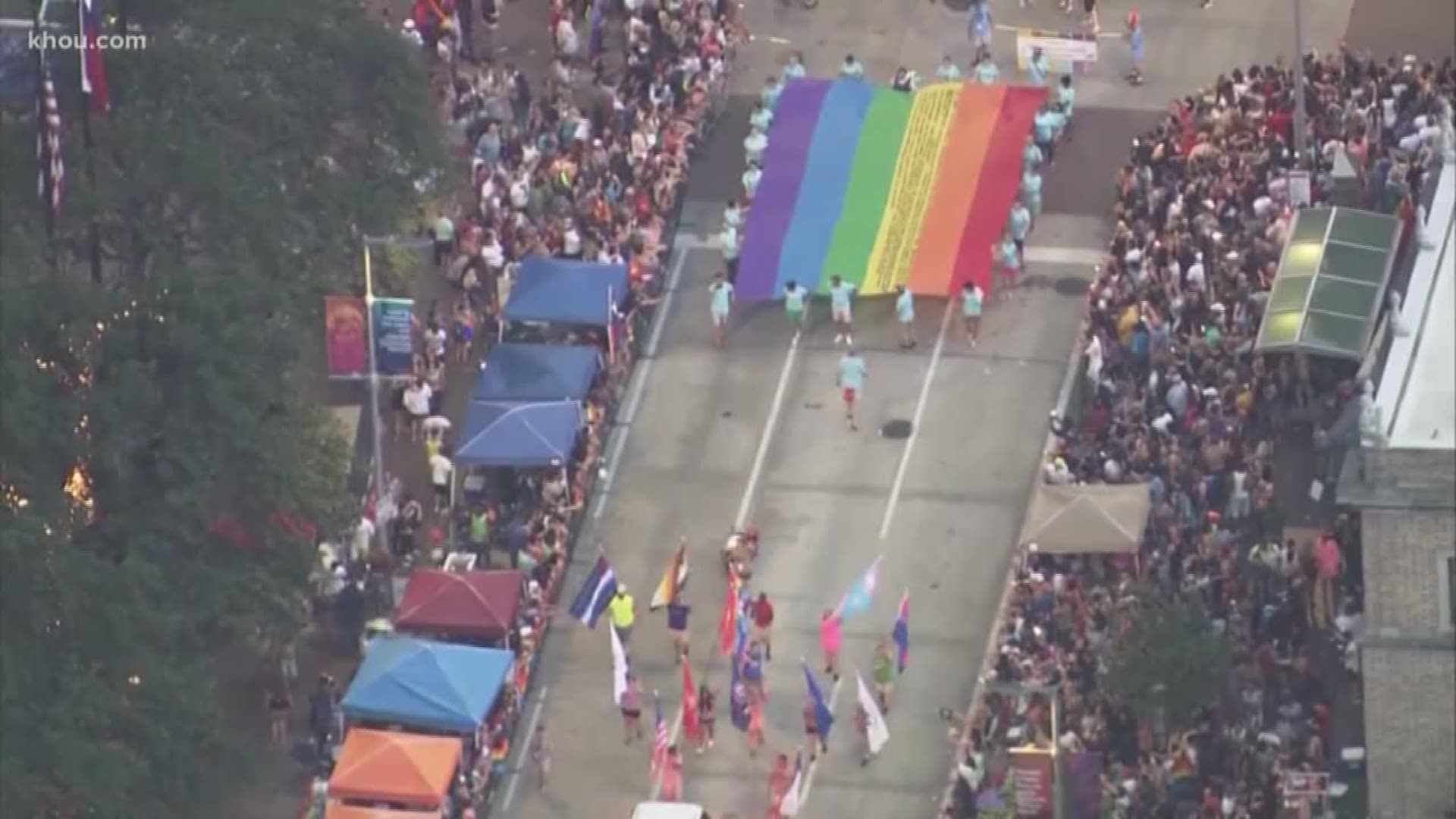 HOUSTON — Get your rainbows ready! Pride Houston is ready to kickoff in Downtown Houston this weekend.

Parade participants were hard at work Friday though.

It’s what they do on the job, every day - remodel roofs. But this rainbow colored one is getting a little more love.

“And I remember seeing the email and just being like, is this really happening? Like, my company is doing this?” employee Mark Jackson said.

For Power Home Remodeling, it’s about showing their employees they matter, and they’re doing that today by building a house on a float to be a piece of Houston pride.

But they’re not stopping there. The company is also flying employees from across the country into Houston to take a ride.

“It just shows how much they love and support us, and it kind says we’re here with you. We got you through thick and thin," Jackson said.

Hundreds of thousands are expected to come out for the big Pride Party.

But for those driving in the area, just know, it won’t be easy to get around.

This is a list of all the closures happening over the weekend: