A Houston woman is auctioning off hundreds of items she collected since Astroworld closed. 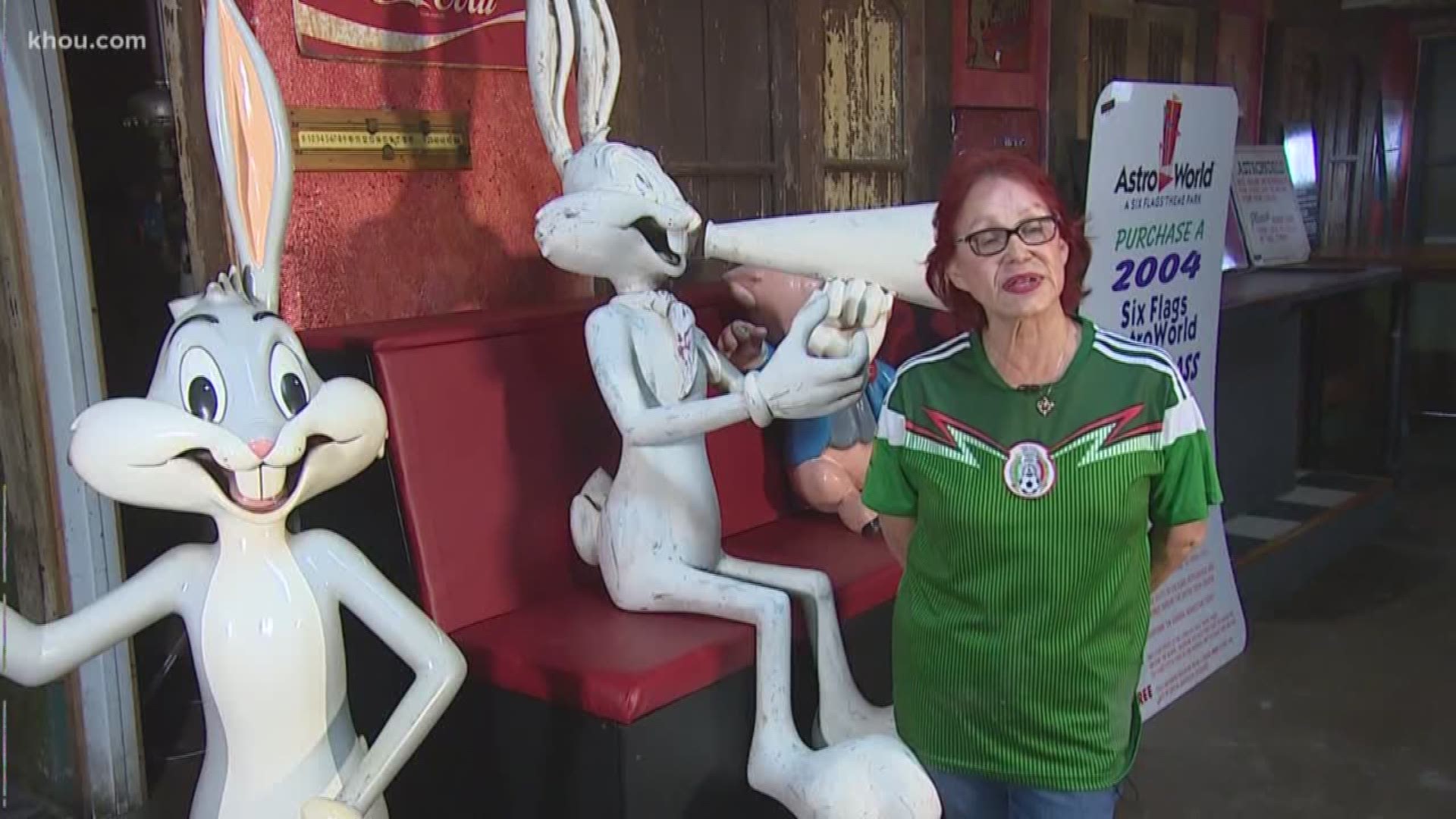 HOUSTON — Maria Medeles’ Astroworld obsession began with buying a bench when the theme park closed in 2005.

“My daughter wanted a bench because she loved Astroworld,” Medeles said. “I ended up with half of Astroworld.”

She’s packed much of her collection, including hundreds of signs, inside and outside some of her businesses.

She even bought an outdoor event space that was known as the “Big Barn.”

RELATED: Astroworld: What happened to that happy place on 610 at Kirby?

2018 brought a new fascination with Astroworld thanks to a rapper with local roots, Travis Scott. He named an album and subsequent festival “Astroworld.”

“And that’s why we decided to do the auction now,” Medeles said. “To take advantage of this concert that he’s doing again.”

1 / 20
KHOU
A Houston woman is auctioning off hundreds of items she collected since Astroworld closed.

You can already make bids on most of the memorabilia on a website. It’ll be followed by a live auction later this month at 7710 East Freeway.

Spicer estimated there are hundreds and hundreds of pieces in Medeles’ entire collection spread across multiple properties. He said the auction could bring as much as $1 million depending on demand from Travis Scott fans and aging fans of a long gone theme park.

It’s certainly not just “stuff” to its owner.

Medeles said she hopes it brings happiness to whomever gets its next.