From food made by award-winning chefs to a Kroger convenience store inside the stadium, here's what's new at NRG Stadium. 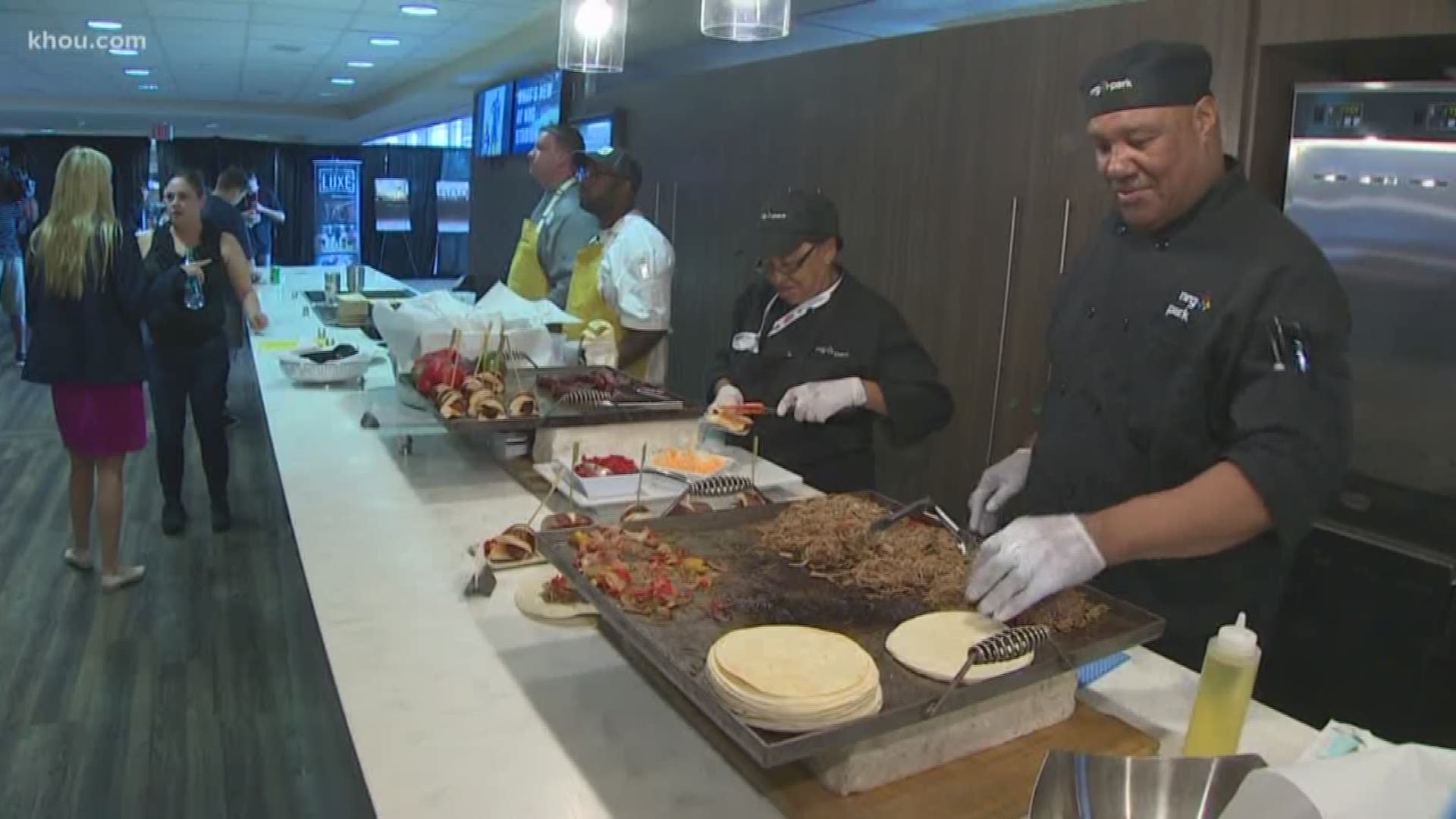 HOUSTON — The Houston Texans are hoping fans pack NRG Stadium during the 2019 season.

The NFL team is offering a number of new additions to the game day experience. Fans will be able to access all of the deals on Saturday during the first preseason home game against the Detroit Lions.

The prices were not listed during a press event today.

When the Texans win, we win

The Houston Texans are sharing details on the 2019 "Victory Values" offered to fans after a team win.

Mattress Firm is offering 40 percent off the Texans Mattress (yes, there's a mattress with the Texans logo stitched into the mattress).

Papa John's is offering 50 percent off any pizza order, any size, any topping.

The new 500 level convenience stores will include an assortment of items including full bottles of wine and bags of chips.

Fans who are Verizon customers can redeem their points to receive amazing prices like sideline seats, autographed items and more.

New this season, the Houston Texans Foundation will be hosting a 50/50 Jackpot.  At every Texans home game, one lucky Texans fan will win big by walking away with half of the 50/50 jackpot while the other half will support the Houston Texans Foundation and its mission to be champions for youth. Fans can enter the drawing by purchasing tickets from a 50/50 representative or at one of the kiosks located throughout the stadium.

Before you go, download the new Houston Texans Mobile App