Due to the pandemic, more people are suddenly buying canned beverages to enjoy at home. 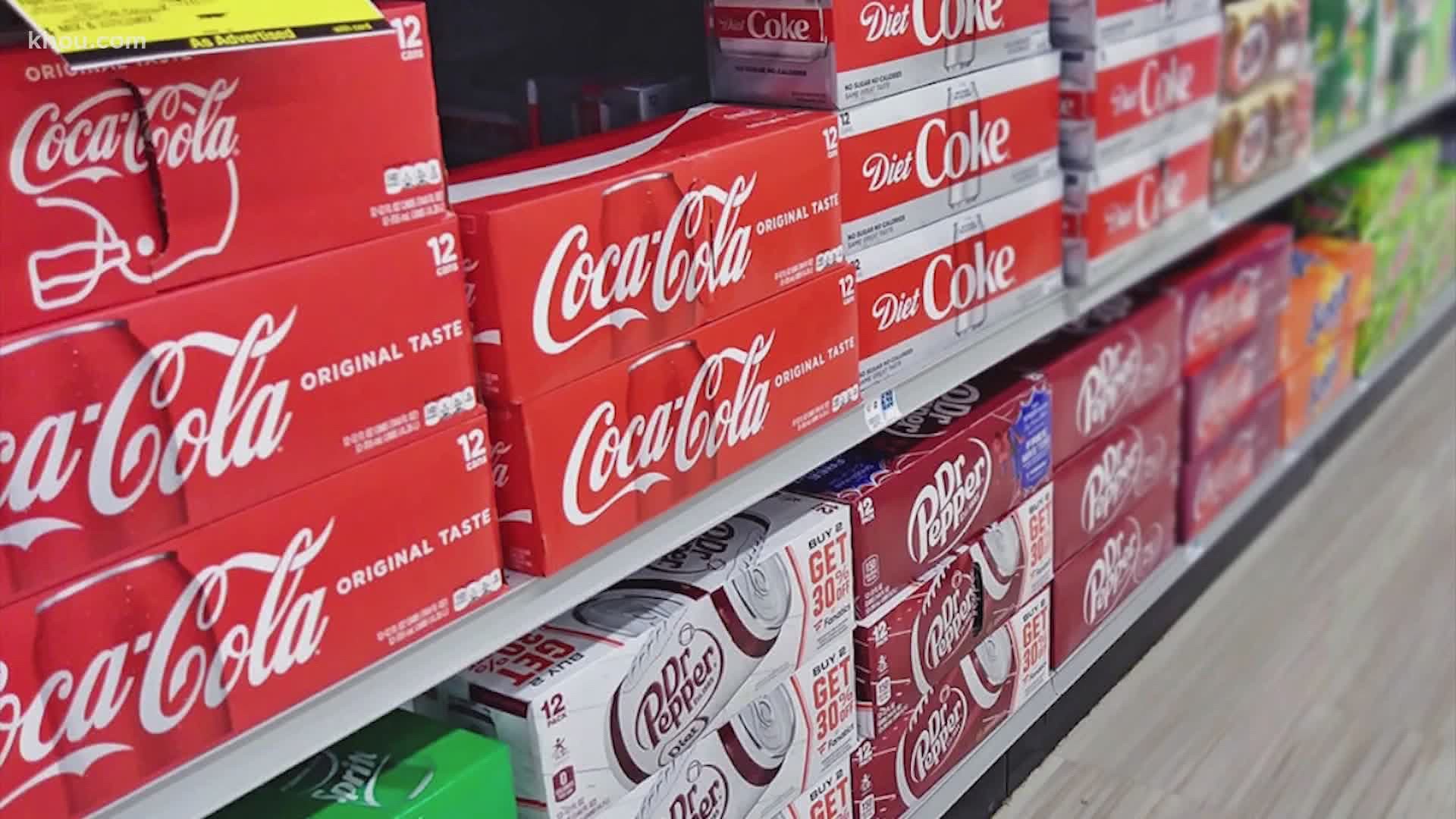 HOUSTON — Coke Life, Mello Yellow, Sprite Zero, Fresca and more. These are among some of the products you may have had trouble locating on store shelves in recent weeks.

And you’re not alone.

When asked about the situation, Coca-Cola told one Twitter follower: “We are seeing greater demand for products consumed at home & taking measures to adapt, working to mitigate the challenge during this unprecedented time. We appreciate your loyalty to our beverages; please know that we're working hard to keep the products you love on the shelves.”

It’s not just Coke that is impacted. Other beverage makers, including Pepsi, have allegedly been forced to focus on their most popular flavors to keep shelves stocked with product.

Companies say there is an aluminum can shortage, and the can makers are doing everything they can to increase production to keep up with the demand. In February, CNN reported there was also a shortage on artificial sweeteners, which is why many diet drinks were the first to be impacted.

KFMB in San Diego reported Monday that small companies, including breweries, have been impacted, too. As more people drink at home, they're stocking up on cans in grocery stores and tasting rooms instead of going out to bars.

The same trend can be seen with sodas. An industry report indicated can sales were up 30% in March and April.

"Other beverage industries are moving away from other packaging, particularly plastic, creating additional demand. All indications are that the aluminum can manufacturers are producing at or near capacity."

KFMB also reached out to can manufacturer Ball. An official there confirmed the supply issue, saying:

"We are aggressively expanding our U.S. can manufacturing production by installing two new lines in existing facilities and building two state of the art plants."

Small business owners tell the CBS affiliate they are concerned because they are running out of their current supply of cans, and everything is still on backorder.

There’s no word yet on when the issue will be resolved.

KFMB contributed to this report

RELATED: VERIFY: Yes, there really is a coin shortage in the US

RELATED: Why has toilet paper run out during the pandemic?