The ERCOT grid is called an "electrical island" since it's isolated from other energy sources. One company has been trying to change that since 2011. 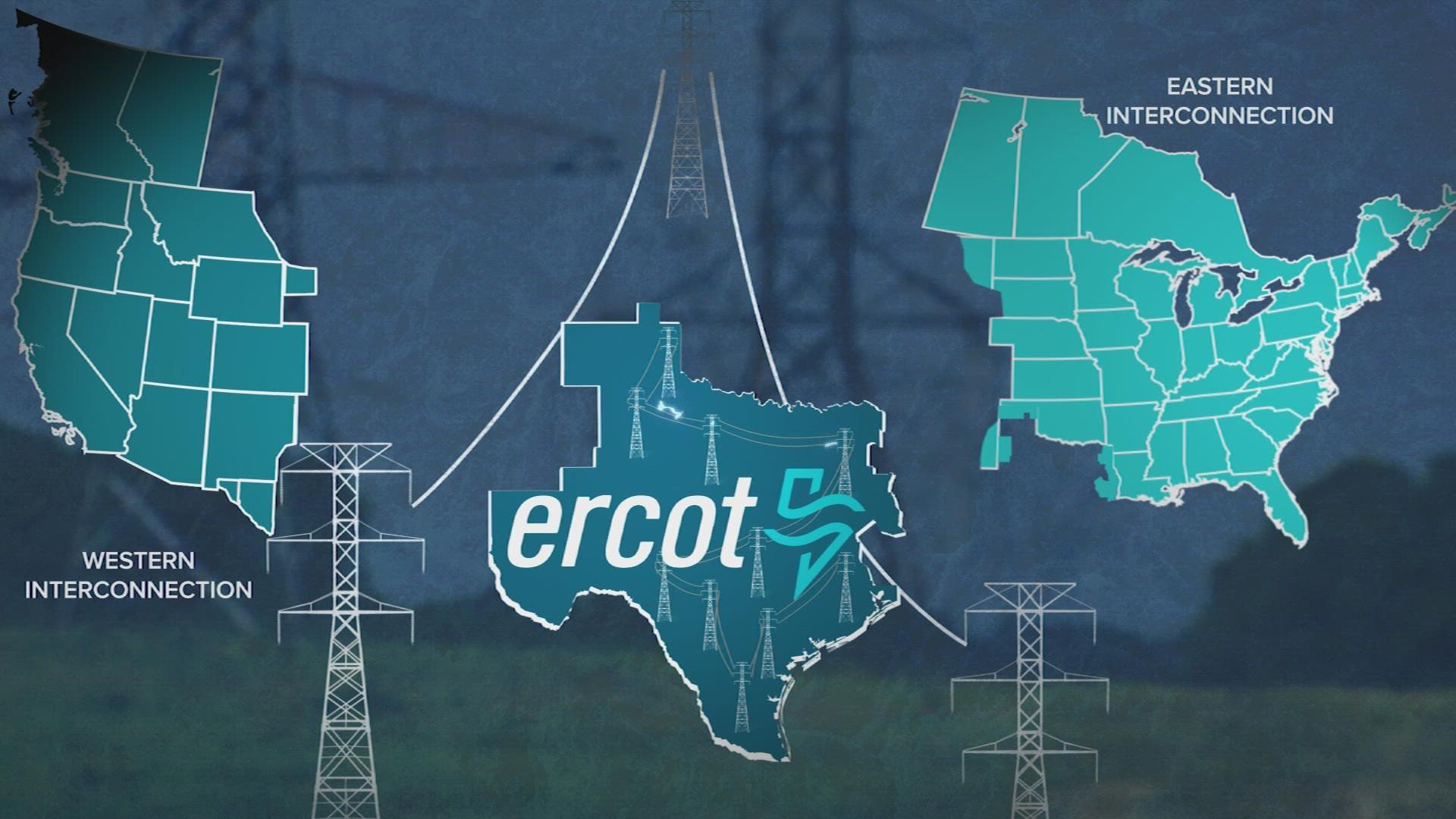 TEXAS, USA — At the peak of the February artic freeze, when 51 gigawatts of unavailable electricity left millions in the dark and cold, Texas was not able to get much help from neighbors.

It’s not that neighboring grids didn’t want to offer assistance. They couldn’t. They’re not connected to the ERCOT power gird.

Texas’ energy independence, what many call a “go-it-alone” approach, dates back to when Franklin Delano Roosevelt was president. Congress passed a law to regulate interstate electricity, but Texas utilities choose to keep power within state lines. It shaped the nation’s power grid system as it looks today. The Western interconnect grid and Eastern interconnect grid are regulated by the feds, but the ERCOT-operated Texas grid is not. It’s been described as an electrical island. Except for a few, small connections or tie-ins, it’s largely isolated from neighbors and outside help.

Pattern Energy has spent a decade trying to change that with a two gigawatt transmission line called Southern Cross. The project will connect Texas to states in the southeast, and the company said it will do so without jeopardizing the independence of ERCOT.

“Congress has set a very narrow path, a road map for how you can do an interconnection between ERCOT and a non-ERCOT region,” said attorney and Pattern Energy lobbyist Michael Jewell.

“Pattern and Southern Cross were able to thread the needle of the federal requirements in order to get that order,” he said.

The order from the Federal Energy Regulatory Commission gives Pattern Energy clearance to build the 400-mile high voltage direct current line from Mississippi to the Texas-Louisiana border. It would connect to the ERCOT grid another 35 miles east in Rusk County, near the town of Henderson.

Some residents there have mixed feelings about the project.

“Y’all need to get this line through here to make sure we don't lose power again during a snow apocalypse, bring it on,” said Henderson native Cliff Wilson.

“I’d rather keep it in Texas and fix what we have,” said Paul Raack.

“Just having our independence that way is a big identity for Texas,” he said.

Pattern Energy emphasized the company is funding the project and not looking to Texas residents to pay for the cost. Instead, Southern Cross will work similar to a toll road, where power generators on either side can pay to move and sell power.

“This transmission line can help to keep the lights on by sending power in times of need,” said Cary Kottler, vice president of North American development for Pattern Energy.

While two gigawatts of additional electricity would not have solved the massive failures of the February storm, it could have powered a few hundred thousand homes and bought the Texas grid some breathing room.

“It's hard to just say there's one single thing that's going to solve this, but Southern Cross, this transmission project can be one of the key things that can help us solve this,” Kottler said. “So we can’t just continue the status quo.”

Groundbreaking for the Southern Cross Transmission line is approximately two years away and construction is expected to take an additional three years, according to Pattern Energy. 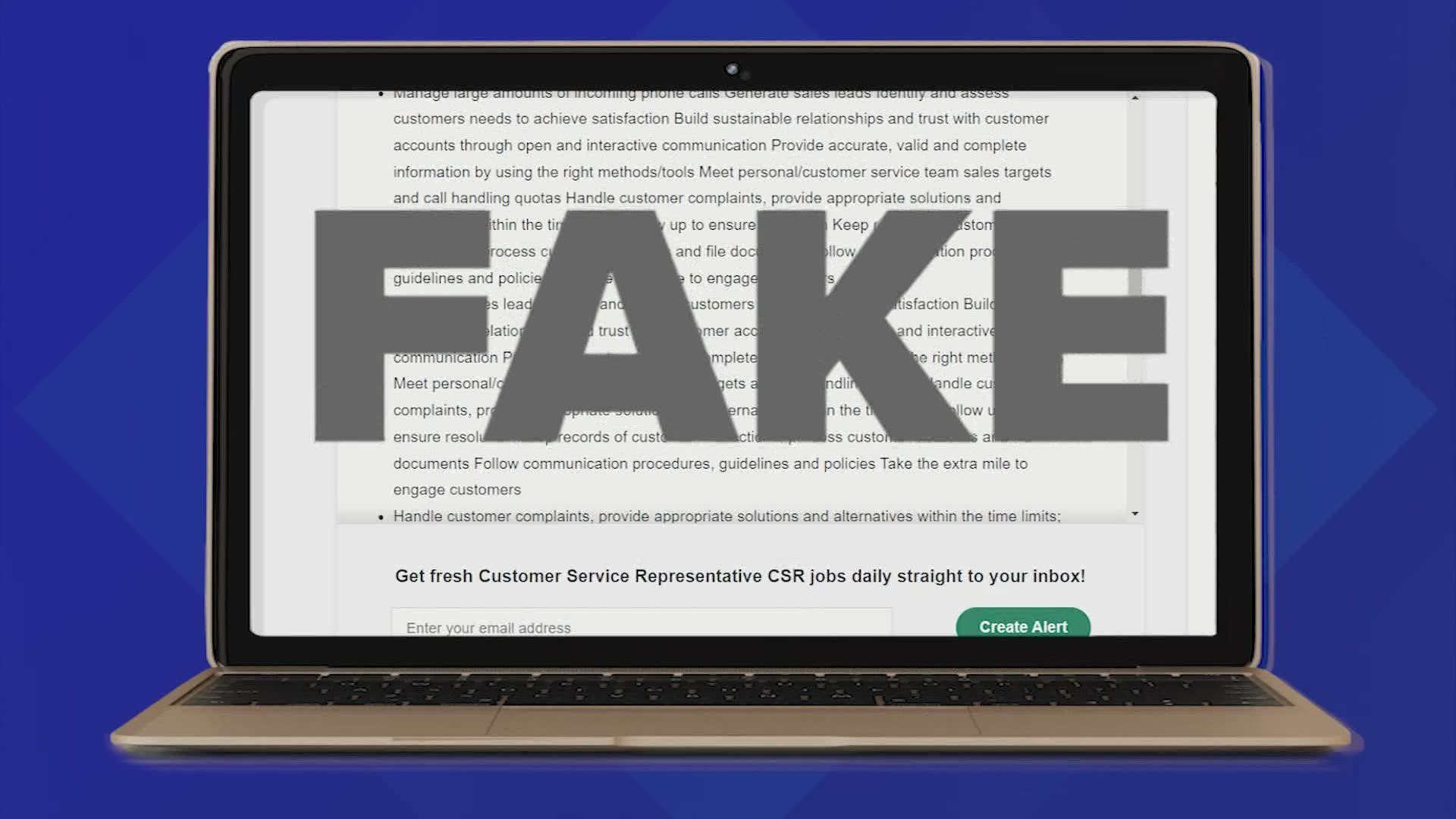