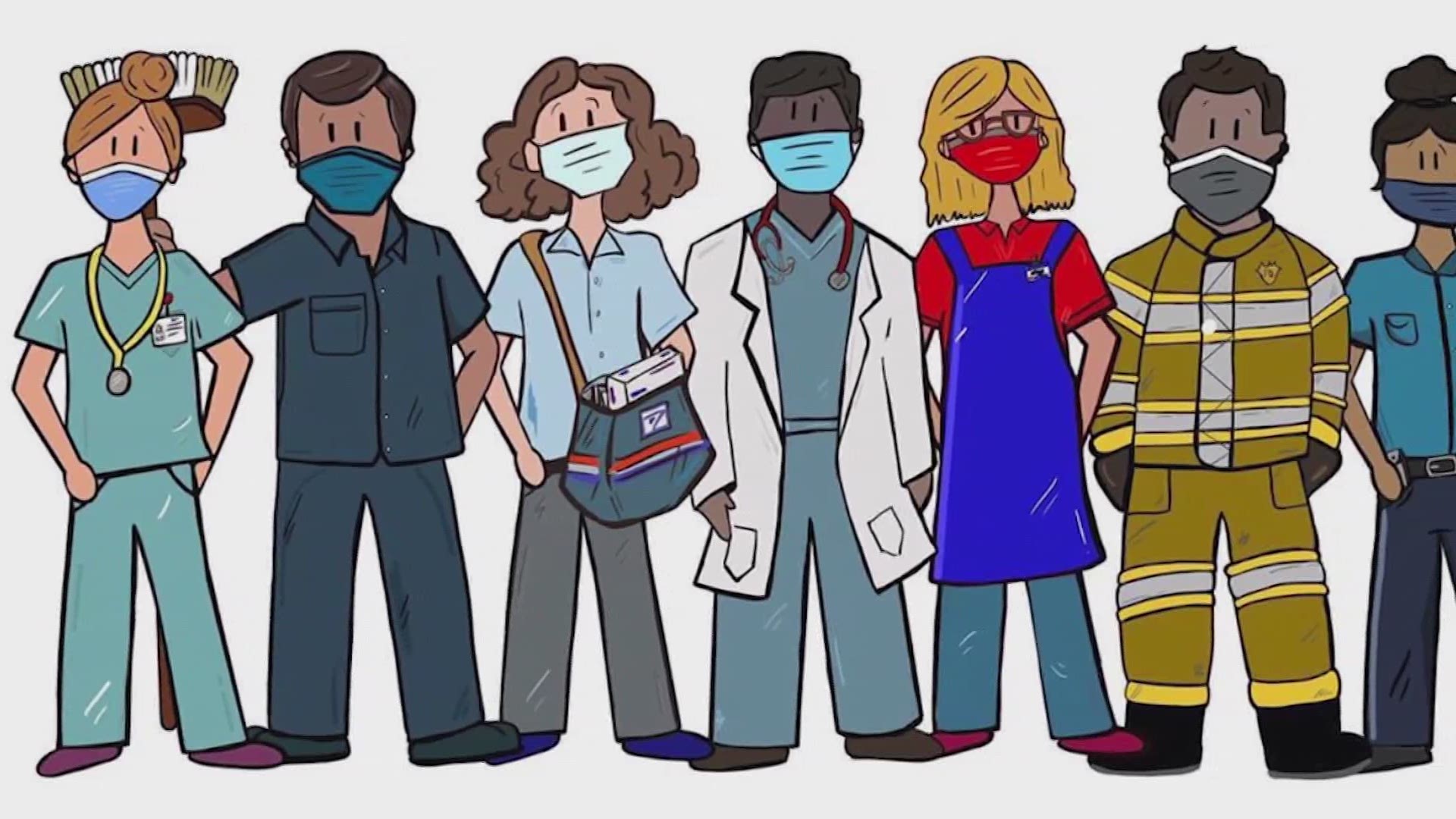 HOUSTON — As Texas opens up bit by bit, things are returning to normal for those who were able to stay home. But essential workers didn’t have that privilege. One Houston mom got creative to thank them.

Robyn Goldstein is an attorney and mom who happens to have studied graphic design in undergrad.

“I’ve always been a doodler,” she says.

In early May, she tapped into that skill and came up with a couple sketches of essential workers.

“When I was a camp counselor, I used to draw people like that for different awards for camp,” says Goldstein.

While on a run, she got another idea.

“I see all these yard signs,” Goldstein says. “I said to my husband, ‘Wouldn’t it be cool if we turned it into a yard sign?’”

The answer from social media was a resounding “YES!” Within 24 hours of creating her Yardpeeps Instagram account, 100 orders flooded in.

It’s really not when you consider how much people want to celebrate the essential workers in their lives: the doctors, firefighters, store employees, delivery workers, nurses, law enforcement officers and sanitation crews. The Yardpeeps signs offered a cute and fun way to recognize and thank all our peeps.

Even better, the proceeds go to Brighter Bites, a Houston nonprofit that gets fresh produce to families in need.

A whopping eight days in, Goldstein’s excited to be able to draw her own path forward with this project.

“I’d like to see if we can spread more happiness. I don’t know, we’ll see!” she says.