Paralyzed veteran is walking again thanks to exoskeleton

Robotic legs, operated through a smartphone app, are allowing a paralyzed veteran to walk for the first time in 10 years. 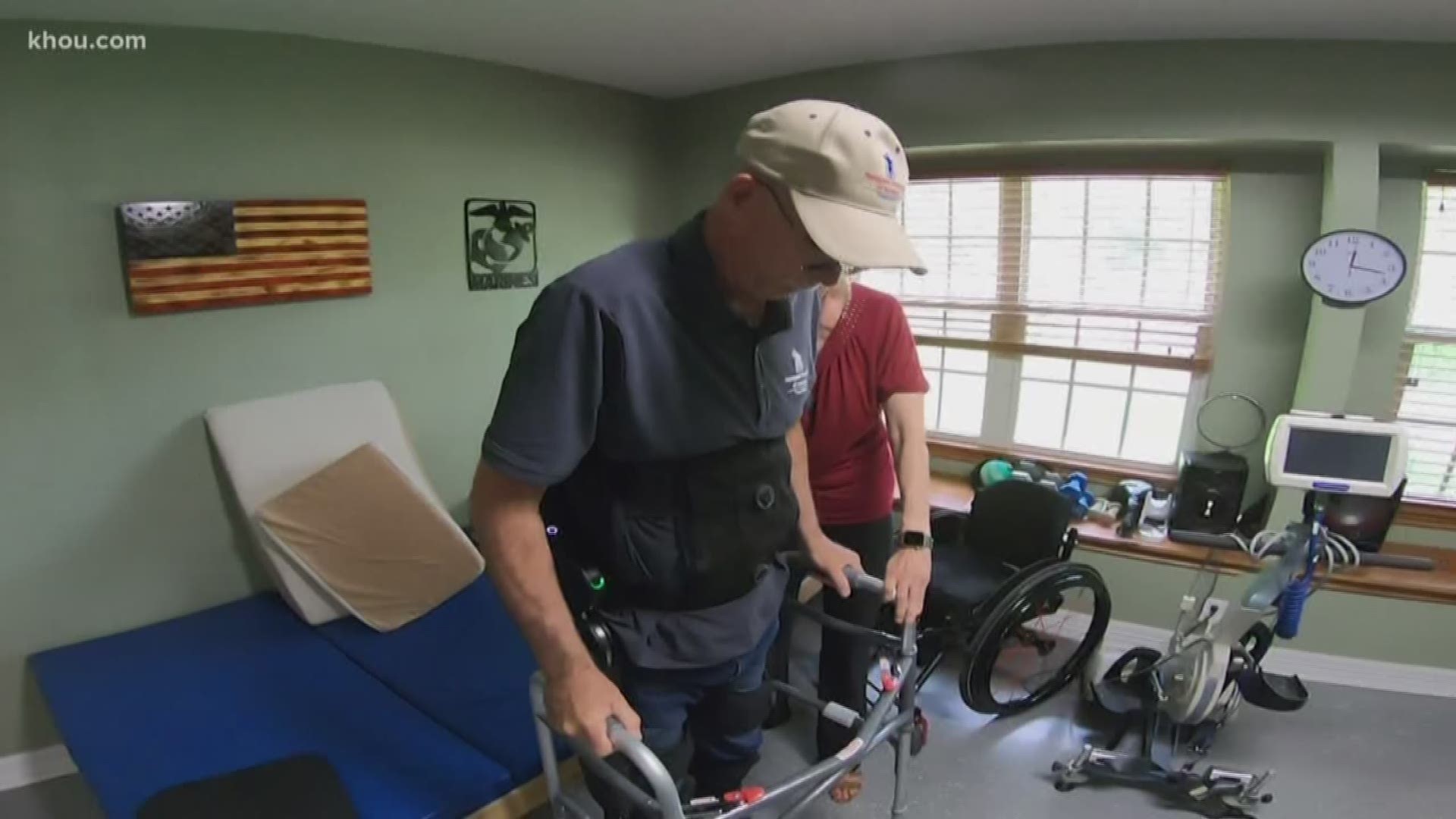 It operates through a smartphone app and helps paralyzed veterans walk again.

Steve Holbert, a Marine from Kingwood, was one of the first people to take one home in the Houston area.

The former airline pilot was paralyzed in a dirt biking accident almost ten years ago.

“It’s so easy to get stuck in the rut of you can’t do anything, and you just want to lay in bed and not even get out of your house and your wheelchair,” he said. “The biggest part is that emotional part of getting up and doing something.”

The VA has a program in place to purchase robotic exoskeletons for paralyzed veterans.

“To newly-injured guys, it does provide hope. Boy, that’s a big key to have some reason to keep living. There’s hope to get out of that bed,” he said.

Although he still needs his wife nearby when he goes on walks, it’s a big step toward independence.

“It’s standing up, looking someone in the eye and having that sense of being normal,” said Teresa Holbert, his wife.

Holbert is planning to take his exoskeleton on a trip to visit his dad in Kansas later this month. That’ll be the first time his father has seen his son walk in about a decade.

More information about the Indego exoskeleton can be found at www.indego.com.