A Houston man has gone viral on Twitter after posting about his grandma's Fourth of July fashion oops. 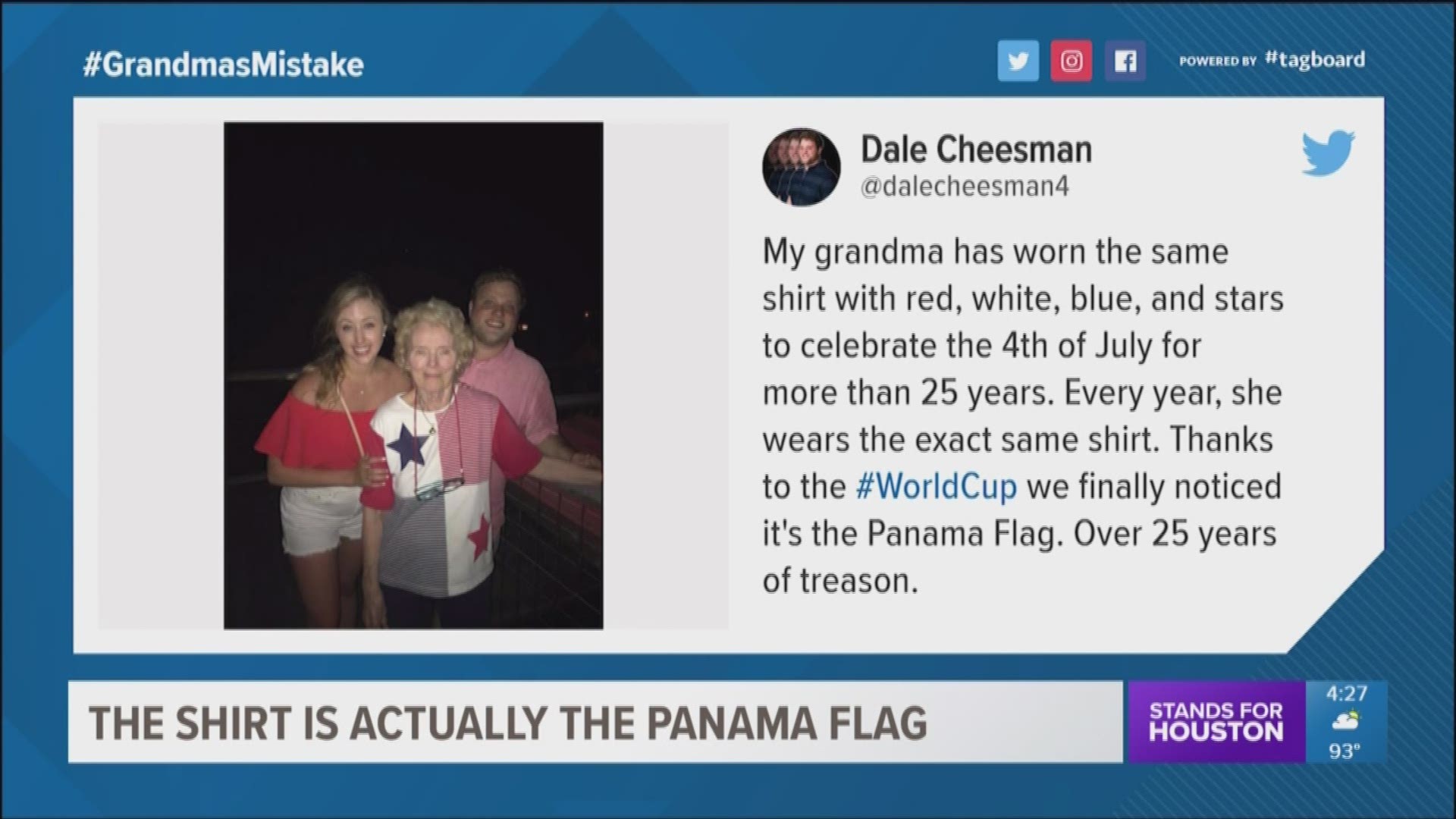 His grandma, Shirley Cheesman, loves to get festive for the Fourth of July.

So festive that every year she pulls out the same top for the holiday - a red, white and blue shirt with stars, similar to the American flag.

Or so she thought.

While watching the World Cup with his brother-in-law, Houstonian Dale Cheesman discovered the top his grandmother wears actually looks A LOT like Panama's flag.

“My grandma has worn the same shirt with red, white, blue, and stars to celebrate the 4th of July for more than 25 years.” said Dale on Twitter. “Over 25 years of treason.”

My grandma has worn the same shirt with red, white, blue, and stars to celebrate the 4th of July for more than 25 years. Every year, she wears the exact same shirt.
Thanks to the #WorldCup we finally noticed it's the Panama Flag.
Over 25 years of treason. pic.twitter.com/j9sLoWo9QY

Dale said he broke the news to his grandmother during dinner.

“She’s not happy with the picture," he told the BBC. "She says she didn’t have much makeup on but I think she looks cute."

Grandma isn't budging and she plans to continue to wear the shirt.

“It’s tradition,” Dale said. “If anything I might buy the whole family Panama shirts to wear on 4 July.”