Many drivers do double takes when they pass by Frazier's in Hempstead. That's because their are giant concrete dinosaurs sitting outside. 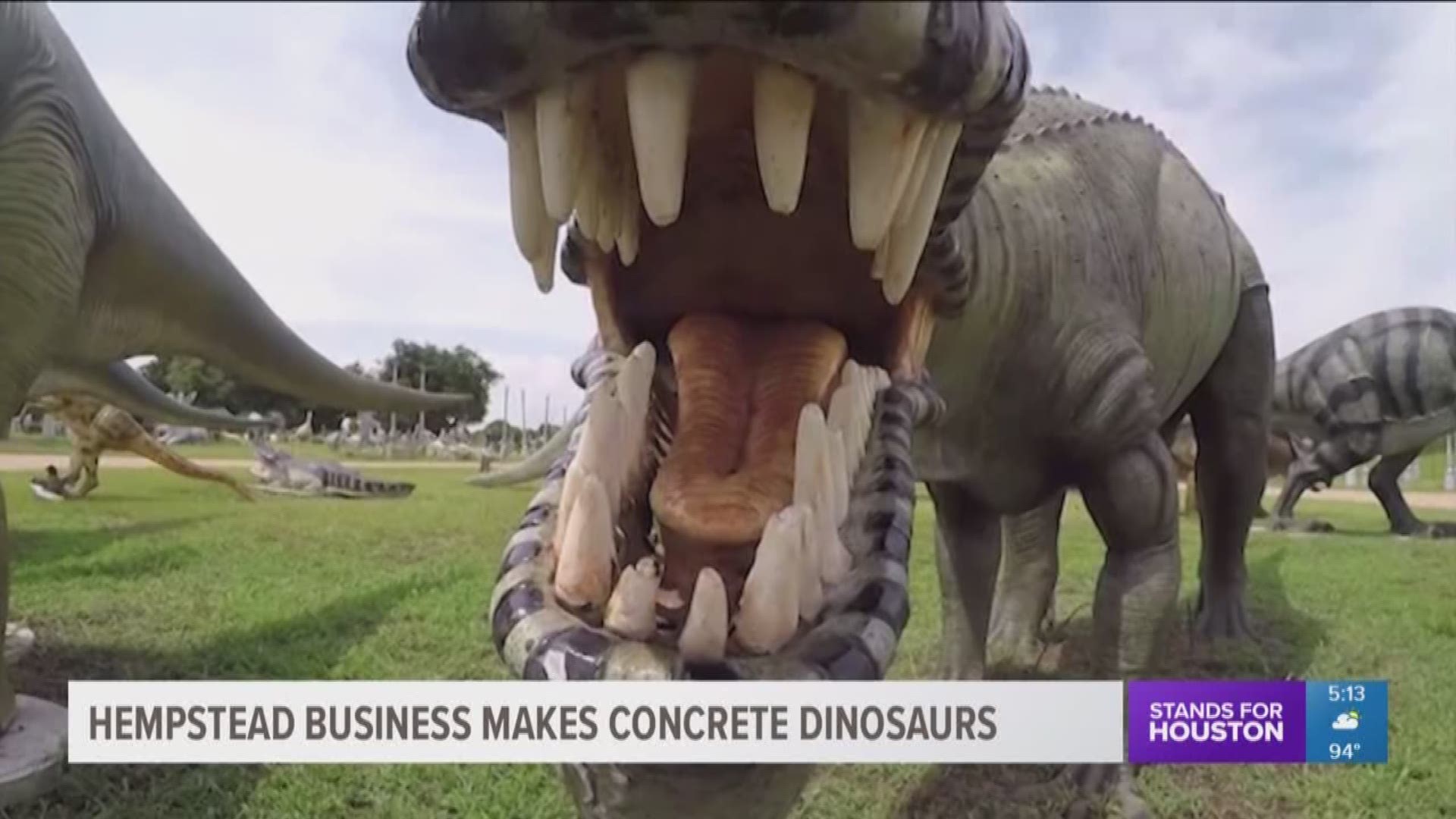 HEMPSTEAD, Texas — Jurassic World is out in theaters, but you don’t have to go to the movies or the museum to see some dinosaurs in person.

You can even bring one home with you -- for a price. A very big price.

At the corner of Hwy 290 and Highway 6, is a one-stop shop for all things home and garden.

The 8-acre property showcases everything from tiles to T-Rex.

“They’ll stop because of these [concrete dinosaurs]. That gets them inside. Then once they see the range of selection we have, very few people can walk away without at least a dinosaur egg,” said Billy Frazier with Frazier’s Ornamental and Architectural Concrete.

Frazier discovered the dino maker behind these about six years ago. The population has been growing ever since.

The Hempstead business already has one of the biggest collections in Texas.

The real showstoppers are outside, on what owners call Jurassic Island.

But the hefty price tags don’t scare away some people.

“A select few. If you want something distinctive. If you want to be different from your neighbor and have something very few other people have,” Frazier said. “Those people come to us for the big dinosaurs and we do sell them.”

Frazier’s also offers small dinosaurs for $26.99 and up.