The actor wore a Fort Lonesome shirt, and his image is getting shared across social media. 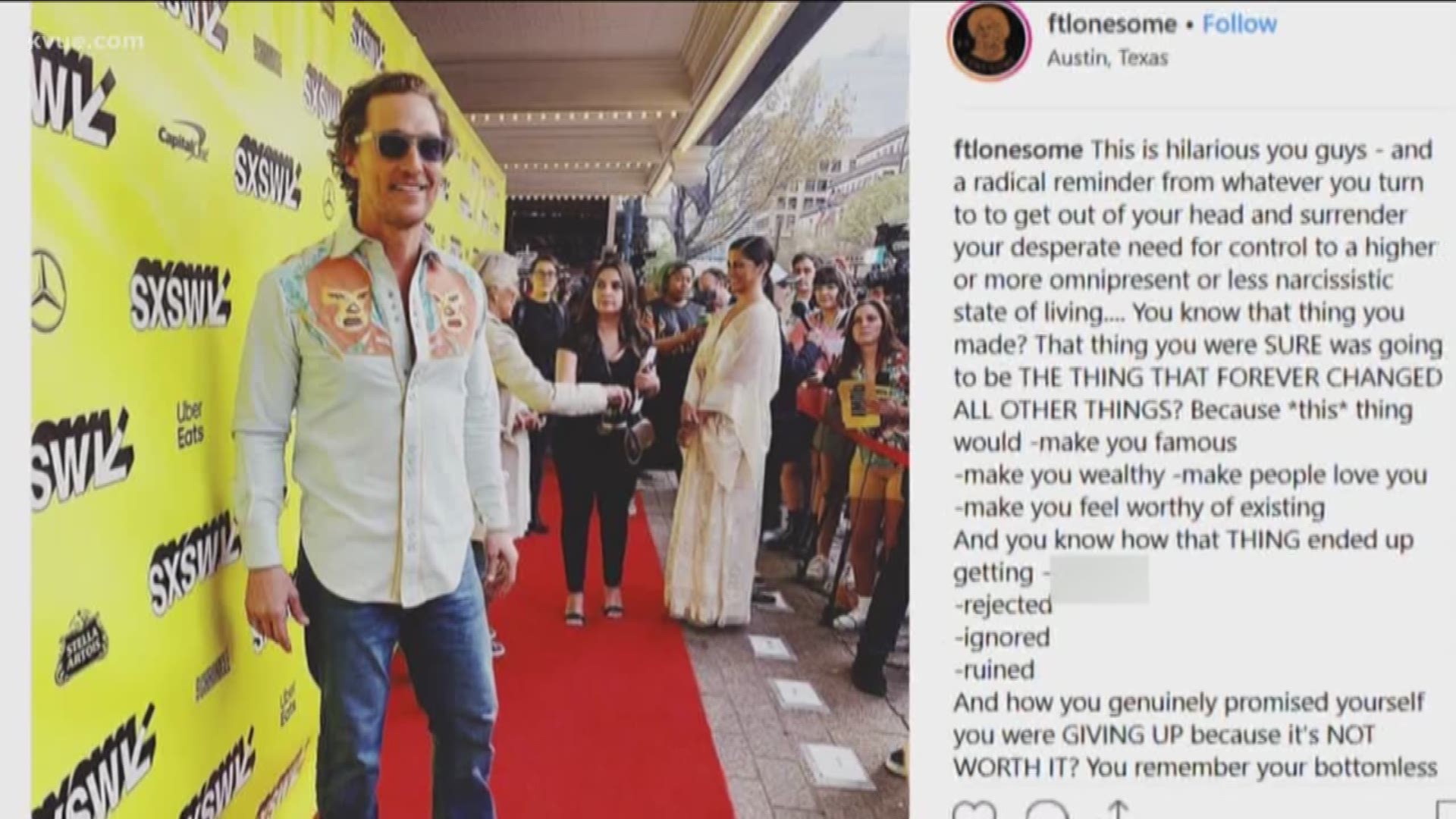 AUSTIN, Texas — An Austin designer got quite the surprise when Matthew McConaughey wore one of her creations at a SXSW red carpet event this weekend.

All you could hear inside the shipping-container shop in East Austin were the sounds of sewing machines as it filled the air.

At the helm of custom chain-stitching studio and underneath the neon sign sat Kathie Sever.

"Somebody tagged us in the photo that I reposted," she said.

At first, she had no idea that this picture was going around on social media.

"It felt like it came out of nowhere and then I just kind of started seeing it all over the place, so I re-posted it and told a little bit of a funny story about how things sometimes come out of nowhere," she said.

He wore a shirt Sever made for him 10 to 15 years ago. Only she has never seen him wear it. Until now.

"I thought it was hilarious!" Sever said.

Hilarious because the shop owner had just gone through what she described as "brutal artistic rejection."

"We went through a situation where we made a suit for a very high-profile performer that was supposed to have a dramatic debut and it didn't happen, and it was very disappointing," Sever said.

It turned out, Sever thought that's also what happened 15 years ago with McConaughey when she didn't see him wear the shirt he's wearing in the picture.

"As a person who makes things and puts them out in the world, it can be very complicated to try to figure out how to process when something that you spend a lot of time and energy on basically gets rejected by the person that its for, and I kind of thought that's what had happened with this shirt 15 years ago," she said.

Since the post, several people have reached out to Fort Lonesome.

The 19-year-old company is getting renewed attention.

"It got re-posted by GQ and they tagged us. We'll see," Sever said.

But she doesn't expect an immediate boost in business because custom garments just aren't impulse buys. You can click here to see their products.

‘I wanted him to be Moondog, always’ | Director, cast of ‘The Beach Bum’ tell set stories at live Q&A during SXSW 2019