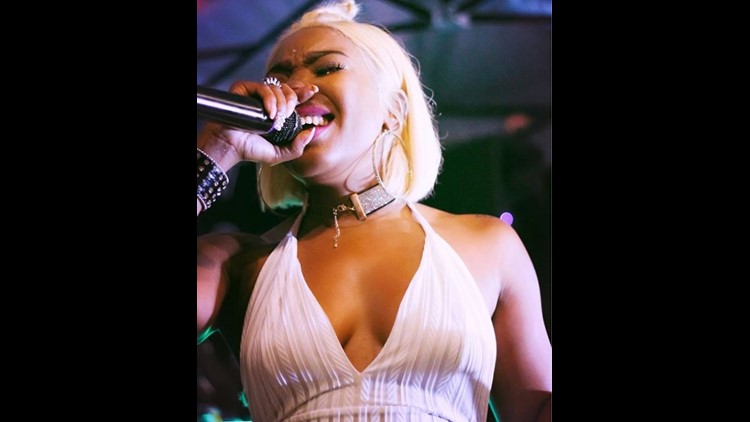 Jacksonville-based rapper KaMillion has penned songs for chart-topping artists like Rihanna, Diddy and Jordin Sparks but says artists need to visit her home city if they want a chance to work with the rising star.

“I want [musicians] to be able to come to Jacksonville like they go to Atlanta because we’re just as talented,” she said. “I think a lot of the experiences from our lifestyle and the backgrounds that we come from -- low income and impoverished communities -- make us tell our story differently in songs.”

Northside born and raised (“Pearl Street!” she says with a smile), her latest single, “Florida Lit,” is an upbeat homage to the women and culture of the Sunshine State.

WARNING: Lyrics in the following video contains language that some may find offensive

The video was filmed in Fernandina Beach after the rapper posted an invitation to Instagram asking her fans to be a part of the shoot. Friends, family and fans flocked from all over Jacksonville to dance on the beach and create a fun yet unpolished image of Florida culture.

The song itself was free-styled in just one take shortly after KaMillion asked her sister to join her in the studio.

Her response became the song’s hook and a nod to Florida’s signature subtropical climate.

“It’s not that we’re out here trying to degrade ourselves. It’s a culture. It’s hot. We dress this way because of where [we are],” she said. “We’re women, that’s what we do. We celebrate our bodies … if people don’t get it, then it’s not for them.

Her mix-tape, tentatively referred to as a #AGIRL4RMPEARL, will be released sometime in July, and she says fans can expect a mixture of metaphors, punchlines, female-centered anthems and “real talk.”

“Things that people think, but you’ll hear it said in a song,” said KaMillion. “I speak for the females … My competition is always with the boys and not the girls … Even as a kid, if a boy climbs a tree I would always be like, ‘I can climb it too, and I can climb it faster.’”

Though the artist has managed to build a large following over the years, support did not come overnight.

Industry gatekeepers often preferred her songwriting skills over her artistry, according to KaMillion, but her talents soon caught the attention of one of the biggest producers in hip-hop.

“[Diddy] came into the studio, and [my team and I] had just recorded a record, and he said, ‘I need that. I need that record,’” she said. “This dude has been in the industry for a minute, and he was acting like he was a new artist.”

KaMillion wrote the song “Your Love” for Diddy and a duo he founded called Dirty Money. The requests kept coming, and the girl from Pearl went on to write “Watch N’ Learn” for Rihanna, “1000” for Jordin Sparks and “Already Taken” for Trey Songz.

Now, KaMillion’s ready to secure her own place at the top of music charts and hopes to inspire other women from humble beginnings to pursue their own dreams of success.

“All those little girls in Jacksonville that look up to me, I want them to get the courage to feel like ‘I can do that, too,’” she said. “I grew up in the Blodgett homes. My mom always taught me it’s not where you’re from. It’s where you’re going.”

Her next performance is scheduled for July 24 at the Cuba Libre Ultra Lounge on Atlantic Boulevard. Tickets are available here.

Erica Santiago is a digital journalist who focuses on music, art and culture throughout the First Coast. If you have a story to tell, send an email to esantiago@firstcoastnews.com.