Julian Hilliard, 9, first spoke to WFAA in 2018 after stealing the show in Netflix's hit series, 'Haunting of Hill House.' 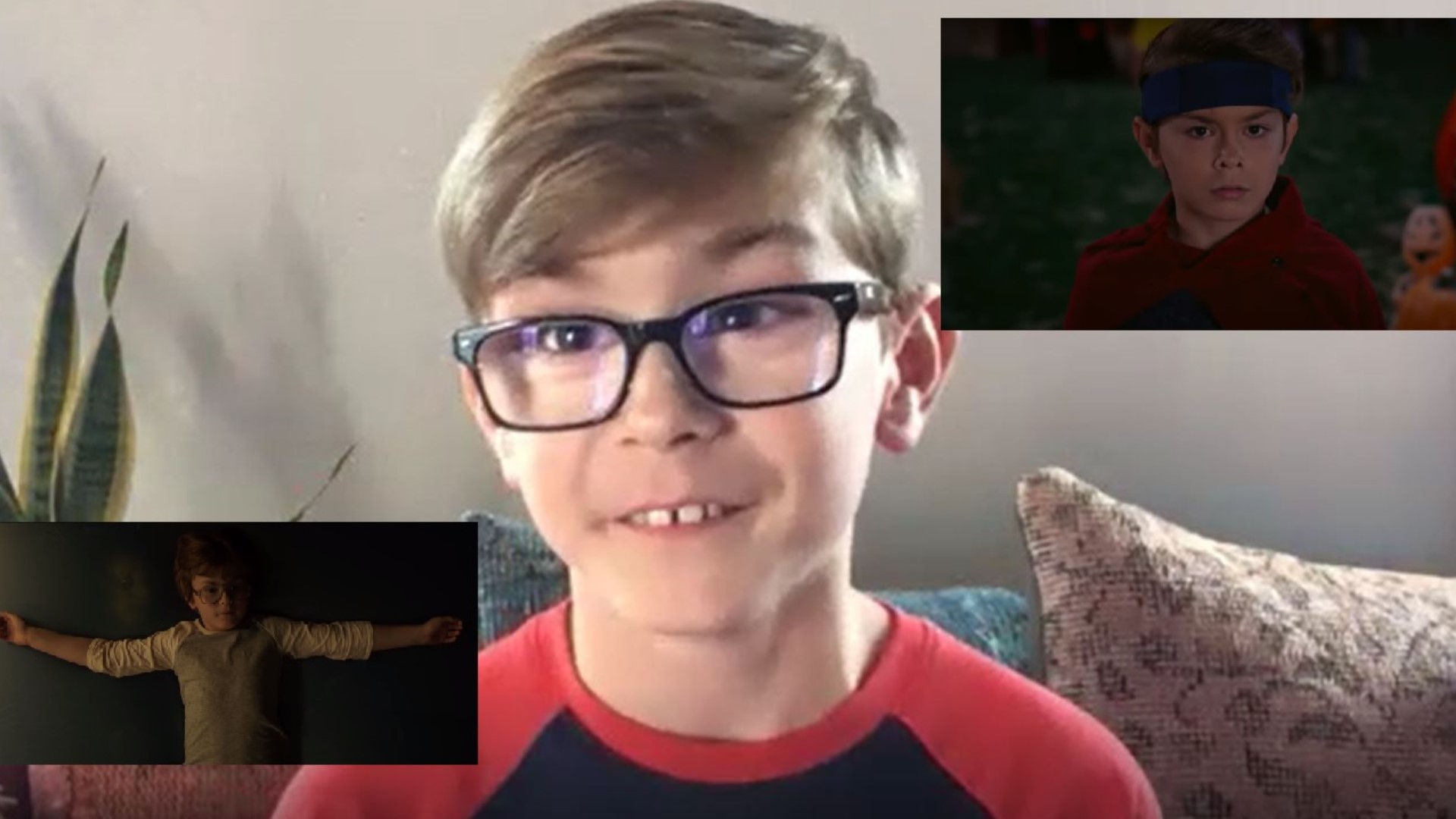 Ever since, he's been busy climbing the Hollywood ladder, and now he's starred in two major projects that you might recognize.

Does Disney's "WandaVision" and "The Conjuring: The Devil Made Me Do it" ring any bells?

They should, unless you live under a rock and aren't into watching trending shows or movies.

"It's a whole different experience on each project," Hilliard said. "It's been so much fun."

In 2018, Hilliard was just 7 years old. He starred as "Young Luke Crain" in "Hill House," which was an adaptation based on the 1959 novel of the same name by Shirley Jackson.

In it, a family in Massachusetts decides to flip and sell a home with a disturbing history. Throughout the series, the family faces and evades multiple ghosts living within their walls.

Hilliard is a remarkable actor living behind eyes that are brilliantly magnified and readable thanks to his adorable coke-bottle-like glasses.

So when WFAA Reporter Matt Howerton saw him starring in Disney and Marvel's "WandaVision" that began streaming in January, it elicited the following response: "Hang on, is that Julian?"

Howerton felt like that meme of Leonardo DiCaprio from "Once Upon a Time in Hollywood," where he's pointing at the TV with a beer in one hand and a cigarette in the other.

After looking at IMDB, it turns out Howerton was right.

Hilliard, who moved to New Mexico from Dallas last week to be closer to the film industry booming there, said he was stoked to get the part.

A comic fan himself, he said it was a blast to work with Elizabeth Olsen and Paul Bettany, who play superheroes "The Scarlet Witch" and "Vision" and have captured the hearts of millions.

"I was actually stoked," Hilliard said. "I love comics. Seeing them in their suits was just amazing."

Hilliard played Wiccan, the son of "Vision" and "The Scarlet Witch," who learned throughout the series that he has powers.

The series was actually shot during the pandemic, and Hilliard said it was an experience to be part of the first new content released by Marvel since COVID-19 hit the world.

"It was different, but I still had a great time," Hilliard said. "People were always muffled because they were wearing masks."

Now, Hilliard can be seen in the "The Conjuring: The Devil Made Me Do it." which is now streaming on HBO Max.

Hilliard plays a young boy part of a family battling demonic possession, a common theme in the series.

He can be seen in the trailer for the movie, resting on a waterbed with a demon inside.

It's one of the more memorable parts of the trailer when the demon reveals itself.

"When they're filming, you know they're not actually possessed," Hilliard said.

"But when I see it with all the music and editing, I was like, 'Woah, that's scary!'"

Even though Hilliard is in a new state, it was a good time catching up with Texas' next big thing.

Hilliard said he wouldn't forget his first zip code or the people here who support him.

"It's really a dream for me," Hilliard said.