It was the kindness of a stranger that led to a whirlwind bidding auction for this Houston native's manuscript. 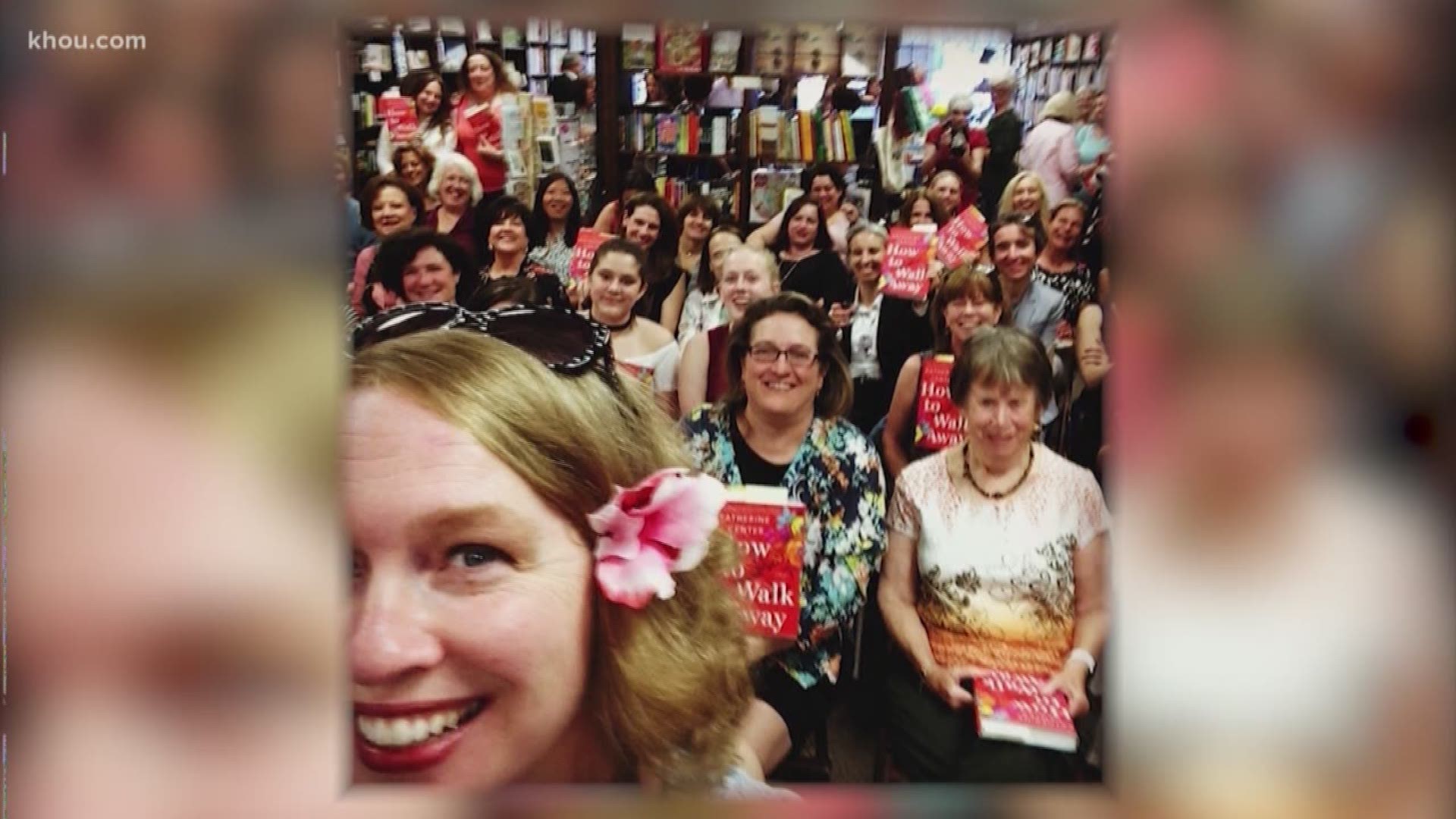 HOUSTON — A Houston wife and mother of two became a New York Times bestselling author last year and now a movie based on her first book is underway.

Katherine Center’s own tale is a great story.

The Houston native went on to graduate from Vassar and get a masters in fiction writing from the University of Houston.  She remembers all of her family members felt so sorry for her because she didn't get published.

“They would come up to me with these very pitying faces and very gently -be like ‘Sweetheart, are you still writing?”

Now 46, she says, “After eight years of trying and failing to get published, I had a chance meeting with a total stranger in the park, who agreed to help me.”

The kindness of that stranger, a published novelist, led to a whirlwind bidding auction for Katherine Center's manuscript.

“I write for the same reason most people like to talk,” Katherine says.

She is one of three girls, born and raised in Afton Oaks. Today, her sisters are a French teacher and U.S. Congresswoman Lizzie Fletcher.

Katherine pens bittersweet comedies, love stories of a sort, about women who like herself, use humor to overcome struggles.

Last fall, her first book, The Lost Husband found itself - as a movie.

Both have been posting pictures from the set on their Instagram accounts. The movie was filmed in Austin, Round Rock and nearby.

Also on set? Katherine herself.

“They very kindly offered to let me be an extra in the movie,” she laughs. “I've actually discovered I’m a terrible actor.”

Last summer, her sixth novel, How to Walk Away, became a NYT times best seller.

She laughs again, saying “Well, it's not too shabby.”

Her light easy prose, is engaging and entertaining. The characters live in her head.

“I just hear them talking,” Katherine explains. “Sometimes, I have to pull over when I’m driving and write it all down.”

As a writer, her goal is to inspire. She says she writes the books always in the spirit of service to readers.

“When you come to the end of the story, you're changed from the story,” Katherine says. “It changes the main character, but it changes you too.”

She reads a short clip from the end of her best seller:

“Because that it all we can do.  Carry the sorrow when we have to, and absolutely savor the joy when we can.”

This wife of a high school teacher and mom of two teens is absolutely savoring her journey.

Katherine’s next book, What to Save In a Fire comes out in the summer of 2019.  Her husband, a volunteer firefighter, was a consultant.