Despite eye-popping federal fines for illegal robocalls, even some federal regulators concede that collection efforts "netted next to nothing." 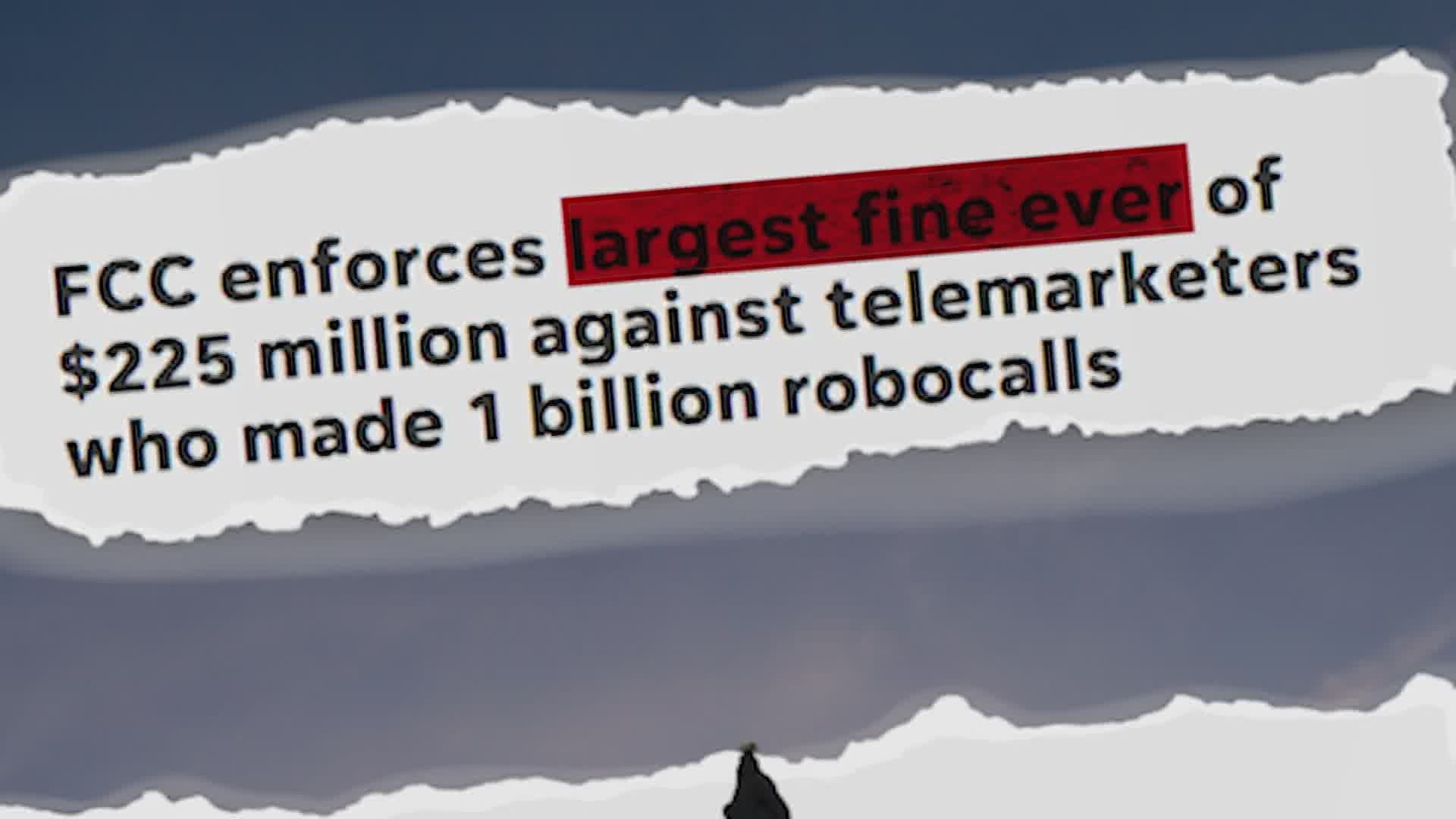 HOUSTON — A company that once headquartered operations in Houston is facing the largest fine ever levied by the Federal Communications Commission for illegal robocalls, but even the FCC concedes the track record is poor for collecting on such penalties.

In March, the FCC imposed the record $225 million forfeiture order against Rising Eagle Capital Group and its owners, John Miller and Jakob Mears.

RELATED: How robocallers get away with it

Federal regulators said in 2019, the company made one billion health-insurance related robocalls in less than five months.

“If any of your viewers have yet to reach their 32nd birthday yet, they have not been alive for a billion seconds yet,” he said. “That’s how much a billion is.”

The robocalls intended to defraud consumers into buying health insurance products from well-known companies, such as Cigna, Blue Cross, Aetna and United, according to the FCC complaint.

“But then they were transferring them over to some smaller companies that were selling substandard short-term policies that didn't provide the coverage they thought they were getting,” Slover said.

Millions of the calls went to people on the National Do Not Call registry, according to the FCC. Investigators said a company co-owner once admitted to doing so in order to increase sales.

Despite the record fine, some federal regulators acknowledged a poor history of following through.

“So far, collections on these eye-popping fines have netted next to nothing,” said Jessica Rosenworcel last June when the FCC first proposed the penalty.

Rosenworcel was an FCC commissioner at the time and was named acting chairwoman under the Biden administration.

“There’s something missing in this all-hands effort, that’s the Department of Justice,” she said.

The current enforcement climate often does not create enough fear among robocallers who violate the law, according to Margot Saunders, senior counsel to the National Consumer Law Center.

“The enormous fines are helpful, (but) will they be sufficient to stop the robocalls? Probably not,” Saunders said. “Not unless there’s a lot more cops on the beat.”

Attorneys for Rising Eagle Capital Group declined to comment about the allegations and record fine. In public legal filings, they claimed the company had a limited role in the calling campaigns and was only acting as a “technology consultant” for a Florida-based health insurance firm. In January, Rising Eagle filed for bankruptcy in federal court.