Those in violation of the curfews could be arrested. 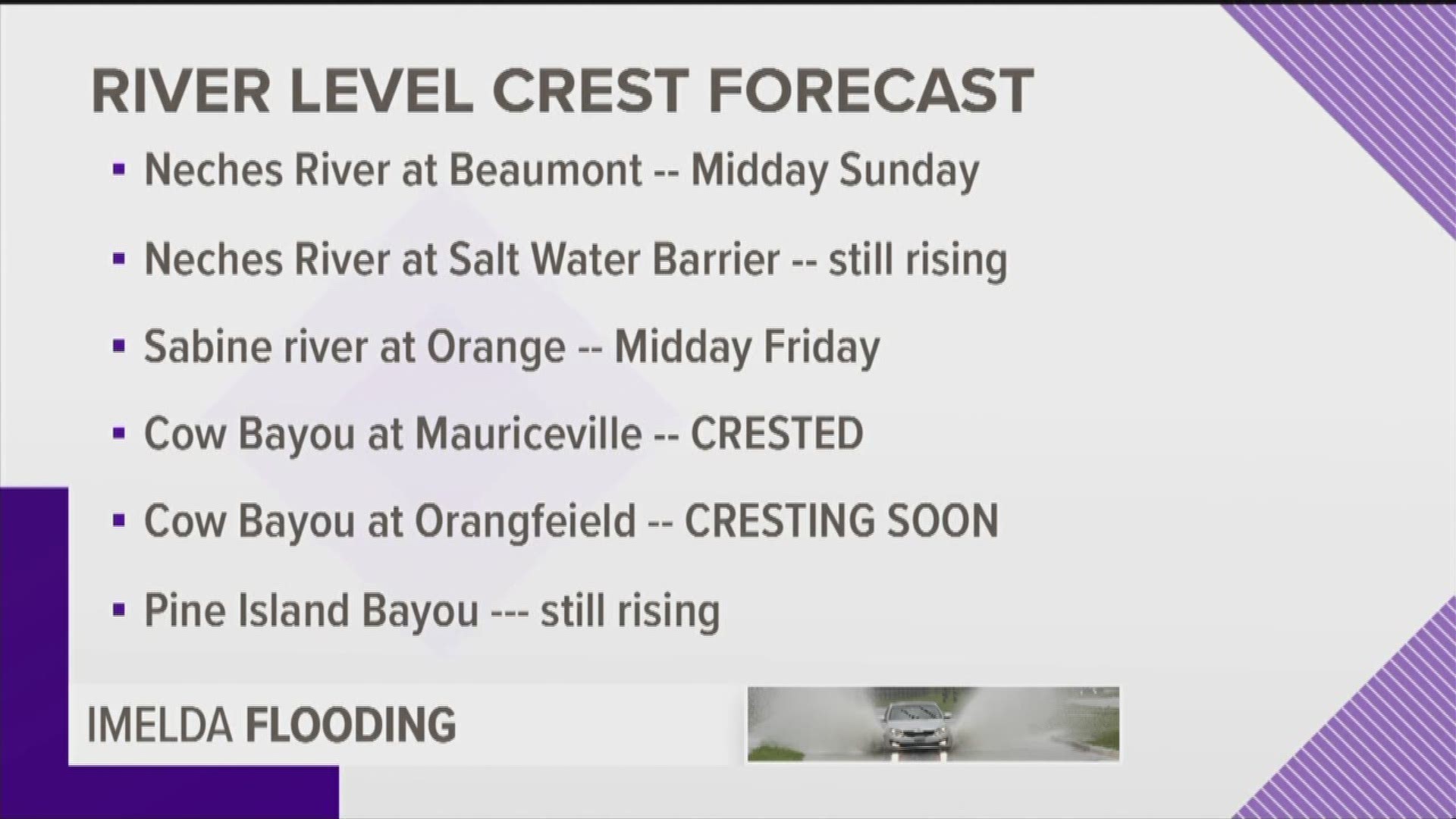 WINNIE, Texas — Winnie remains under an overnight curfew to keep residents safe from dangerous roads - even as at least one other community has canceled theirs.

County Judge Jimmy Sylvia issued the Winnie order which will remain in placed until the judge lifts it. The Winnie area curfew runs from 10 p.m. and lasts until 7 a.m. the following morning.

As was previously the case, the curfew encompasses the entire East Chambers ISD area. Judge Sylvia ordered the curfew after the county was inundated by Imelda.

Elsewhere, the curfew for Vidor was canceled at 6 p.m. Friday; though, the city is cautioning the public to avoid driving at night if at all possible.

Vidor initially instituted a curfew from 10 p.m. to 6 a.m. due to flooding in the region.

The remaining curfew in Winnie authorizes any Texas peace officer to hold anyone who is out during the curfew.  People who need to travel through the area for work, medical reasons or any other essential function will be allowed to be out.

But those in violation for other reasons could be arrested.

According to the National Weather Service, the area has received between 12 and 17 inches of rain over the last 60 hours.