What is an outflow boundary?

Not uncommon across Southeast Texas, these boundaries give birth to new storms. 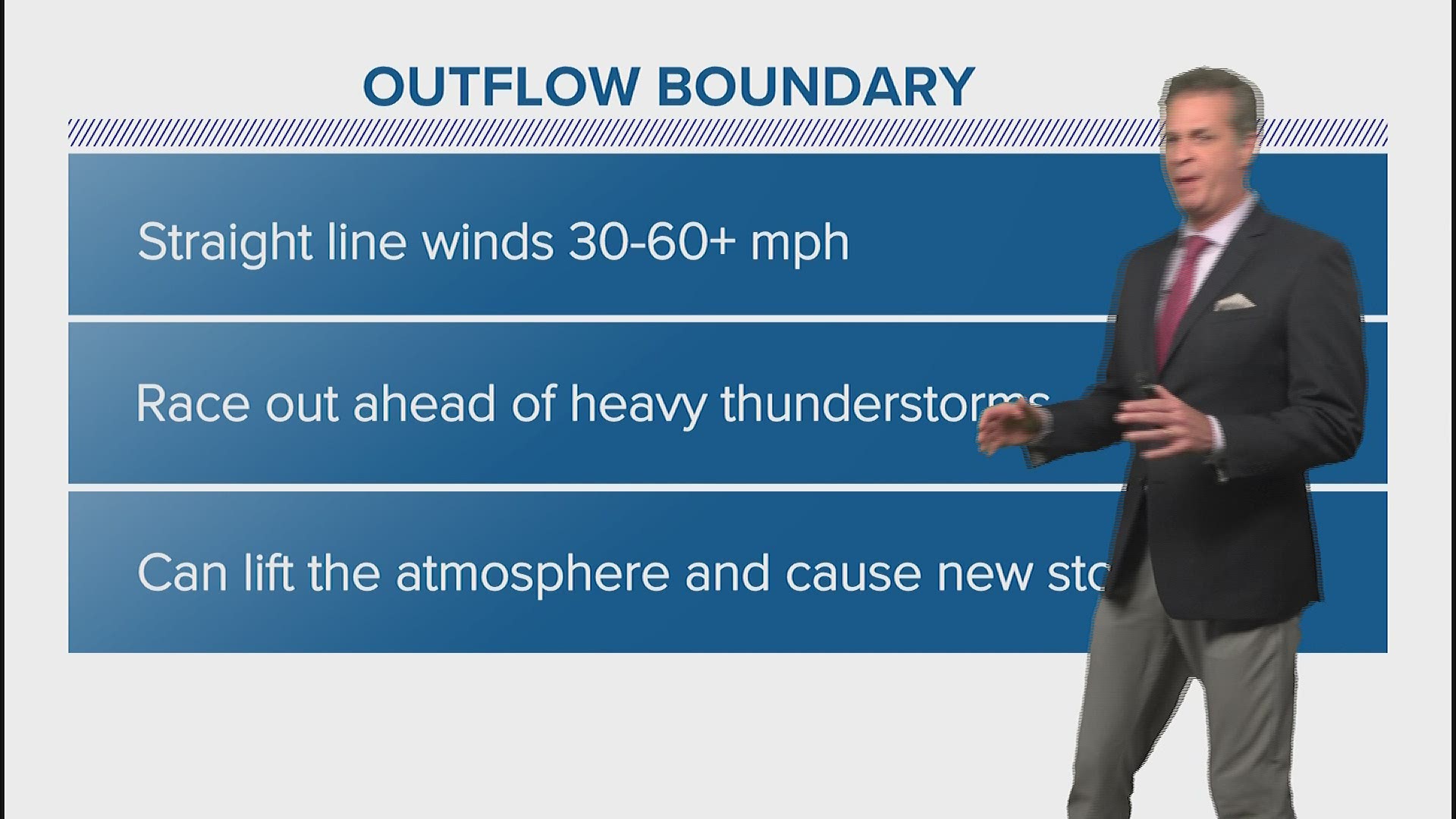 HOUSTON — To understand outflow boundaries we need to first dive into the lifecycle of a thunderstorm.

Stage 1: A thunderstorm builds. Warm, moist air is forced to rise either from daytime heating leading to instability or frontal forcing driven by an air mass boundary. Updrafts force the storm to build higher and higher into the sky. This stage is referred to as the cumulus stage.

Stage 2: The thunderstorm begins to mature in this stage. At this point updrafts and downdrafts are both present within the storm's structure. This is also the stage where the storm begins to precipitate, heavy rainfall and potentially hail. The storm reaches its peak altitude here, anywhere from 7-10 miles high!

Stage 3: Outflow boundaries come in to play! This is the final stage of a storm's lifecycle, the dissipating or decaying stage. The storm essentially collapses. Although some updrafts are still present downdrafts are more prominent and stronger. Air rushes downwards towards the surface and spreads out in all directions.

It's all cyclical. As one storm dies it gives birth to more storms via its associated outflow boundary.

What is an outflow boundary?

Well, the air that rushed towards the ground spreads out in all directions, out ahead of the decaying thunderstorm. Winds along this boundary can reach speeds of 30-40mph, sometimes faster. The boundary begins to act similar to a cold front, forcing the air along it to rise. As you know, rising air is the beginning stages of a thunderstorm's lifecycle and more storms begin to take shape along the boundary.

So, how come we can see it on radar?

Radar is very sensitive to particles in the lower levels of the atmosphere. As the outflow boundary blows across the surface it tends to loft dust particles, leaves and other small debris into the air that then show up as a return on radar. Also, depending on the strength of the outflow boundary there is usually a steep drop in air temperatures and humidity behind it, the radar is sensitive to this type of gradient.

Next time you're watching radar during a thunderstorm outbreak, keep an eye out for these outflow boundaries. They're a good indicator of where the next round of storms will develop.