Want to dump the brown plants in your yard? Experts say wait a few weeks first.

Many of the plants impacted by the deep freeze will come back, but they need a little time and sunshine to do so. 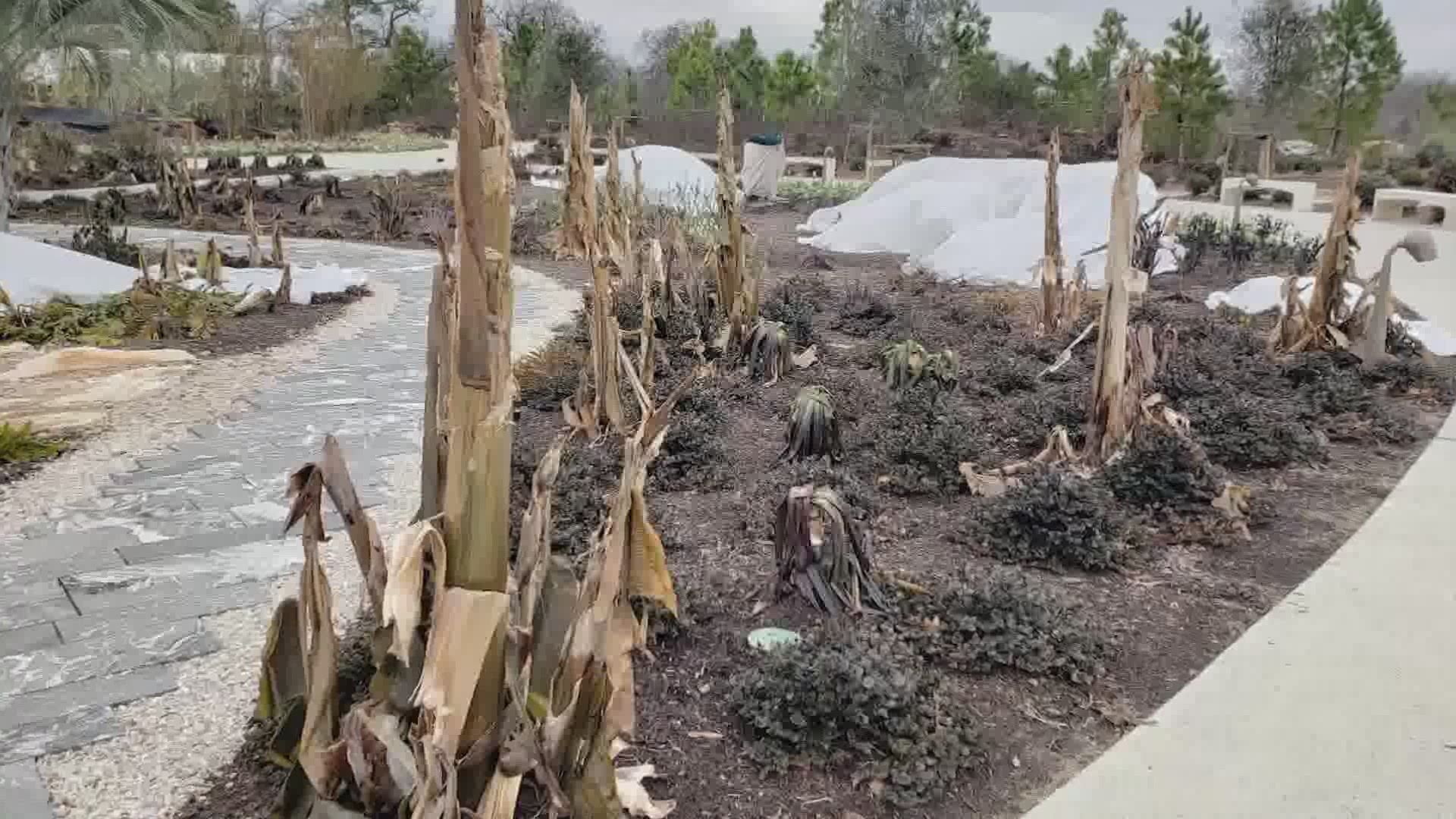 HOUSTON — When it opened last September, the Houston Botanic Garden was a sea of green: plants of all kinds, from all over the world, growing and thriving.

She estimates 80 percent of the plants suffered some kind of damage during the deep freeze. As for a tally on what didn’t make it, the staff just doesn’t know yet.

"The thing about plants is they’re incredibly resilient and it takes time to really understand who’s going to survive and who isn’t," Gee Vassar says.

"We really have a lot of confidence that some of these are going to come back, but they could be slow in coming back," adds botanist Brent Moon.

HTownRush viewers shared their photos with us, showing plants and bushes that look dried and brown. But the big question is: are they dead?

"If you cut too soon, you might cut beyond what you need to and actually be cutting good tissue away," he says, noting there's one exception: what he calls the "brown mush."

Go ahead and clean that off.

"You’re allowing sunlight and air circulation to get back down to the core of the plant," Moon explains.

Then just sit back and watch nature do what it does best: adapt, heal and survive.

"Everybody wants their yard to be beautiful and it is tough to sit there and wait and let it look like junk for two or three more weeks, but that really is the best course of action," stresses Moon.

That’s exactly what the Houston Botanic Garden plans to do.

"Even while some of the plants are not as inspirational as when they’re healthiest, it’s still a beautiful place to be," says Gee Vassar.