About 1,500 Tulane students evacuate to Houston as repairs, cleanup from Hurricane Ida get underway

The university evacuated to give the city time to repair and reinstate power and other critical services after Hurricane Ida crippled New Orleans. 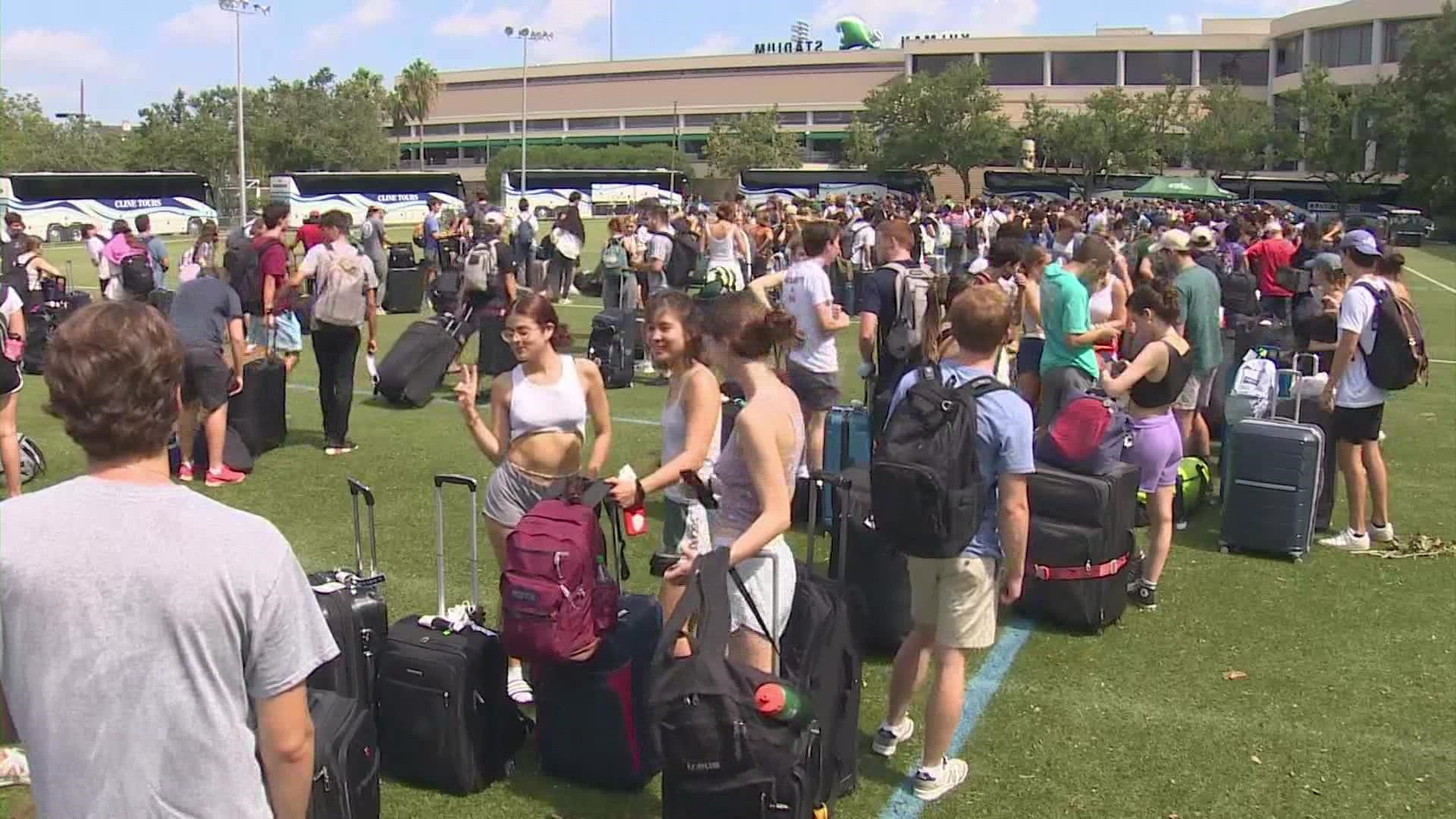 NEW ORLEANS — About 1,500 Tulane University students headed to Houston after the school closed its campus and canceled classes in the wake of Hurricane Ida.

A caravan of about 35 busses made the trek Tuesday. Although most of the school has power, the school said it wanted its students to be in a place where they could either stay in hotels set up by the university or get to the airport to go see their families.

Classes will resume online from Sept. 13 through Oct. 6 in order to "give the city time to repair and reinstate power and other critical services," the university said in a statement.

Beginning Tuesday at 10 a.m., the university said the remaining students on campus were evacuated via bus to a hub in Houston. Students were told to pack no more than two pieces of luggage, their computer and valuables.

Tulane said it established a hub in Houston to provide food and lodging at no cost to students until they can get home.

More information can be found here.

⚠️ We are closing campus and cancelling classes through Sunday, September 12. Classes will resume online only beginning Monday, September 13 through Wednesday, October 6 to give the city time to repair and reinstate power and other critical services. pic.twitter.com/dm6tUaC2SP