We're keeping an eye on tropical storms Rose and Peter. The storms are not expected to impact the Houston area. 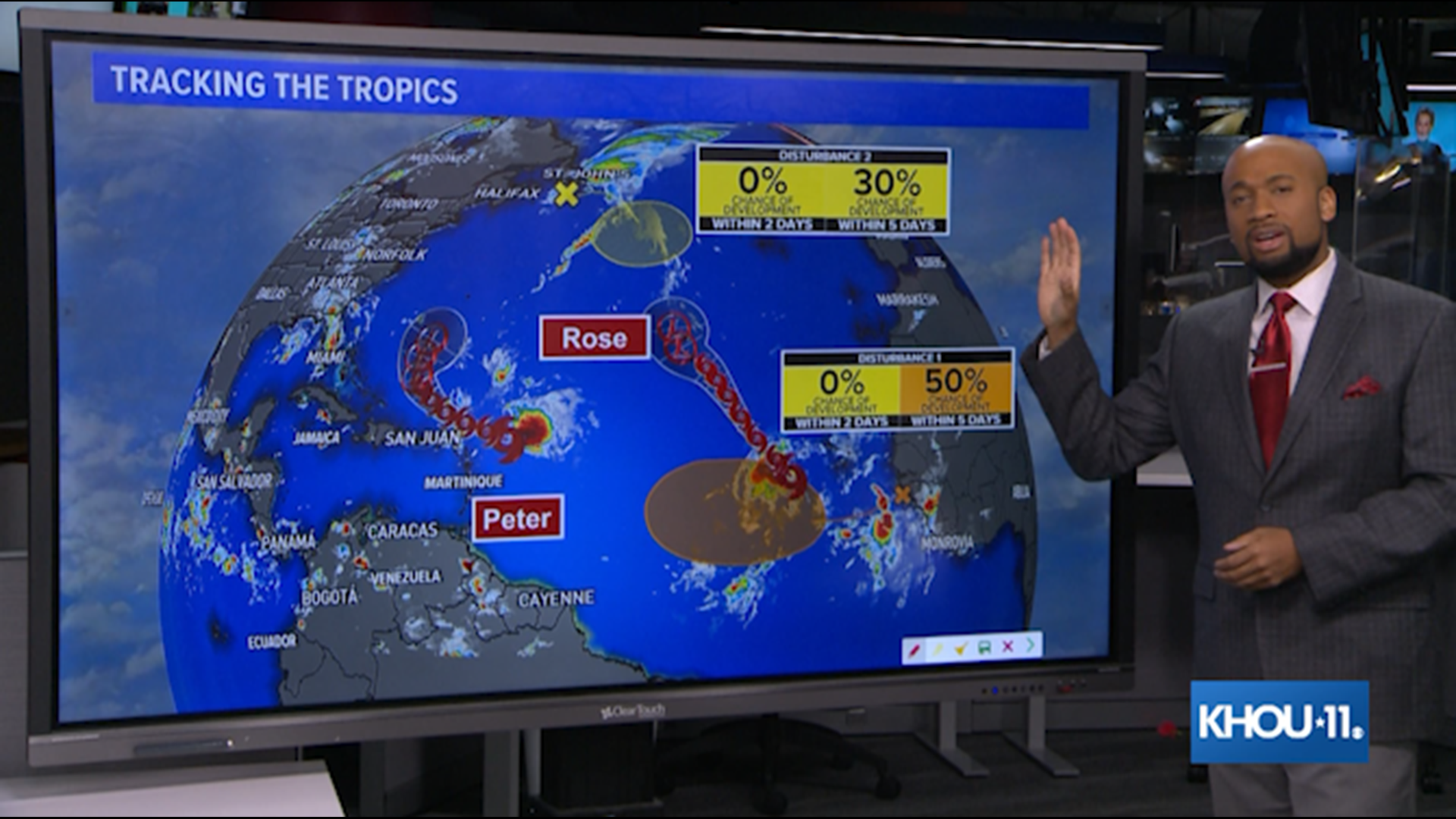 HOUSTON — Two new tropical storms formed Sunday in the Atlantic, according to the National Hurricane Center.

Tropical storms Rose and Peter are not expected to have an impact on the Houston area.

Peter became the 16th named storm of the 2021 hurricane season when it was named Sunday.

As of 10 p.m. Sunday, Peter was moving west-northwest at about 14 mph. The storm is expected to pass north of the Lesser Antilles early this week. Peter has maximum sustained winds of about 50 mph.

No coastal warnings or watches are in effect and the system is expected to slowly weaken over the next several days.

Rainfall around the southern periphery of Tropical Storm Peter may lead to areas of urban and small stream flooding from late Sunday into Tuesday across Puerto Rico, the Virgin Islands, and the Northern Leeward Islands.

Rose was named later Sunday afternoon and became the 17th named storm of the 2021 hurricane season.

As of 10 p.m. Sunday, the system was about 450 miles west of the southernmost Cabo Verde Islands and was moving northwest at about 16 mph with maximum sustained winds of about 40 mph.

There are no coastal warnings or watches in effect. 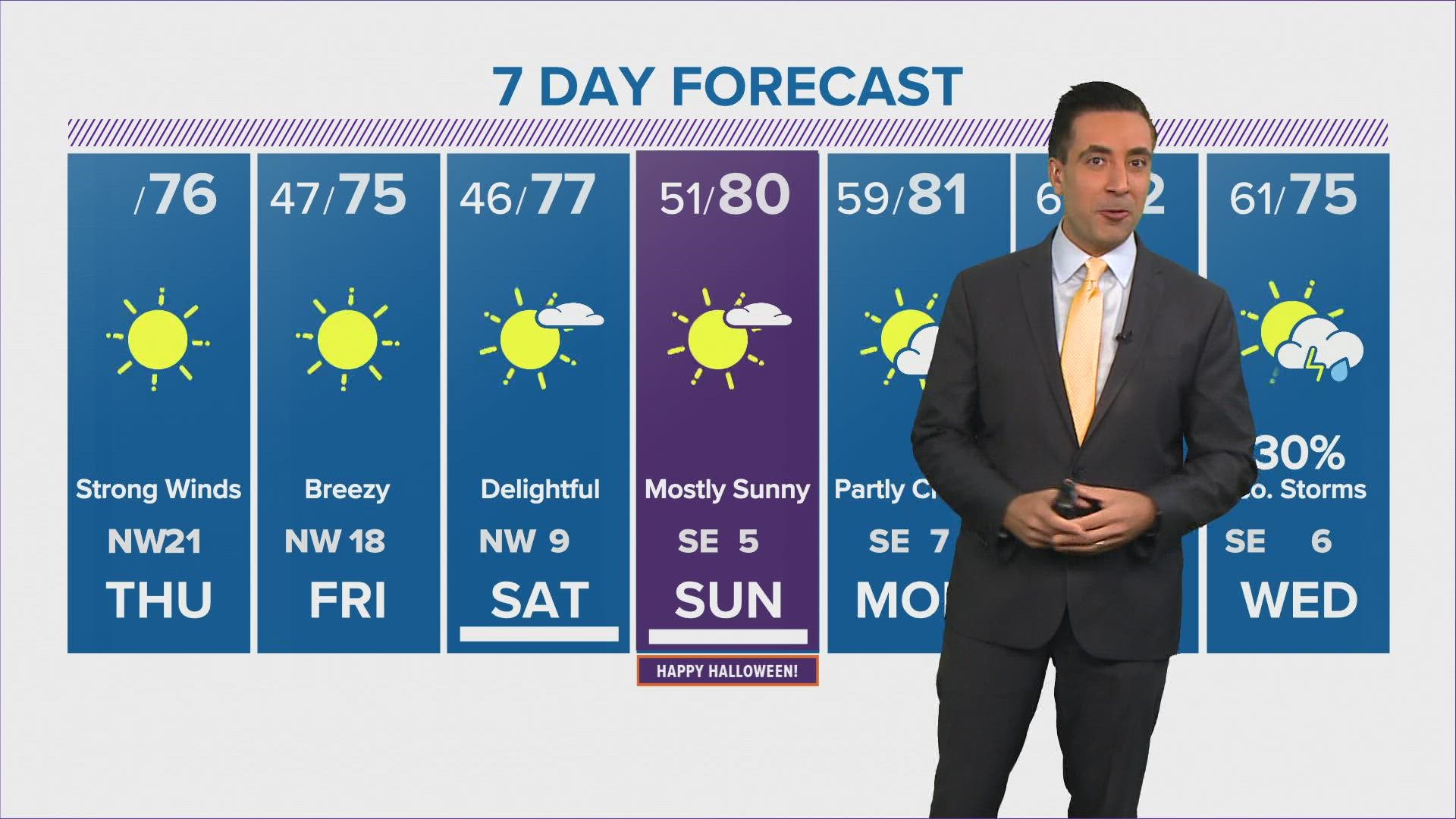