The storm is expected to bring strong winds and heavy rain to the Southeast this week. 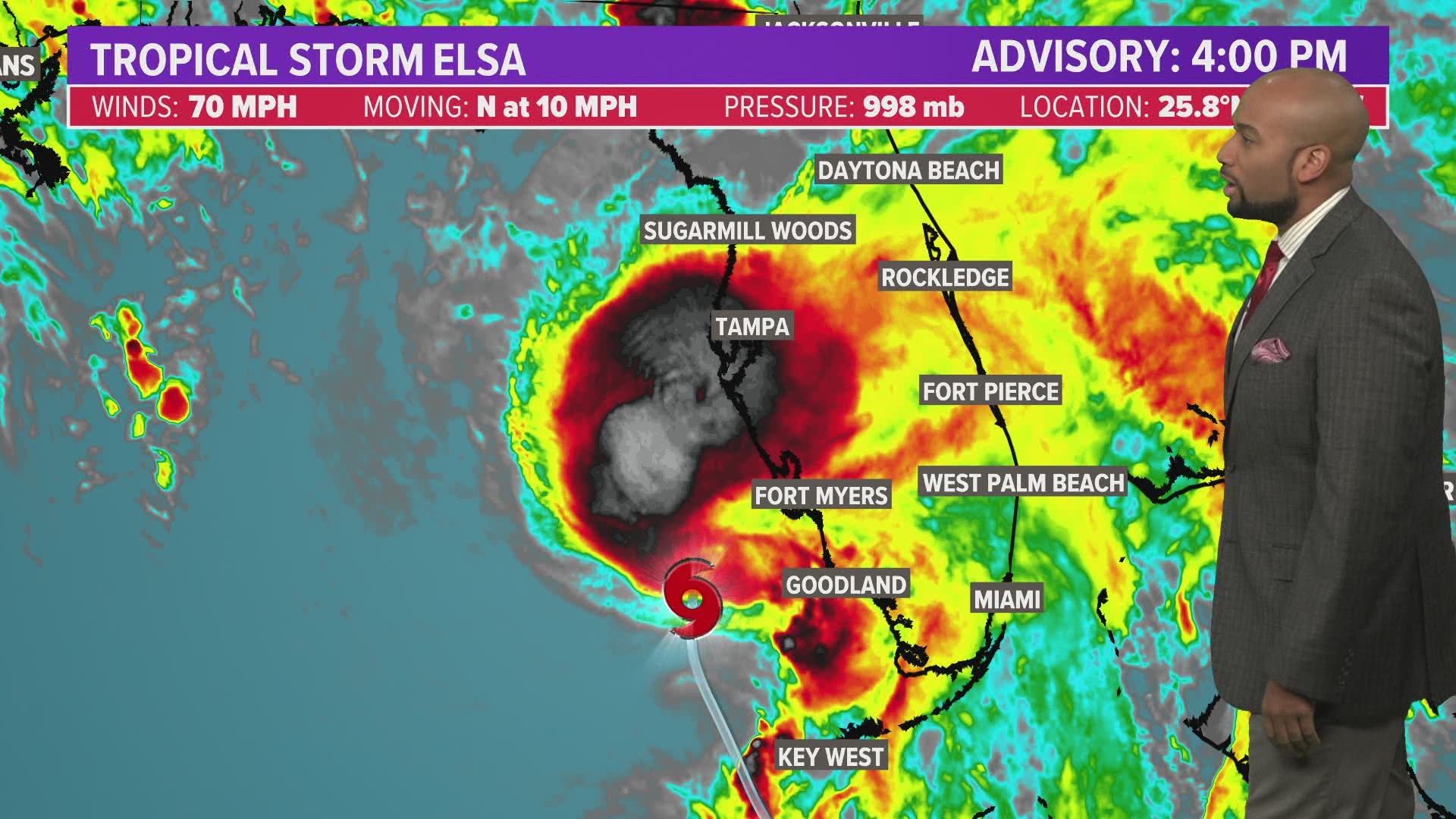 HOUSTON — Tropical Storm Elsa continues to make its way toward Florida. Elsa is expected to reach the Florida Keys early Tuesday before moving over the west coast of Florida late Tuesday and into Wednesday.

1. Heavy rain will impact Cuba tonight resulting in significant flooding and mudslides.  As Elsa moves across the western and northern Florida Peninsula through Wednesday, heavy rainfall may result in considerable flash, urban, and minor to isolated moderate river flooding.  Mid- to late-week, heavy rainfall across southeast Georgia, South Carolina, North Carolina, and southeastern Virginia may result in isolated flash and urban flooding, with considerable flash and urban flooding possible across coastal Georgia and the Lowcountry of South Carolina.

2. There is a danger of life-threatening storm surge along portions of the west coast of Florida tonight and Wednesday, and a Storm Surge Warning is in effect for that area.

4. Although the center of Elsa is expected to remain inland of the coastline from Georgia through the Carolinas during the next couple of days, tropical storm conditions are expected in a portion of southeastern Georgia and are possible elsewhere along much of the coasts of Georgia and South Carolina.

Follow the KHOU 11 Weather Team on social media for the latest updates: