Tropical Storm Dorian: System strengthens as it continues moving to the west

The storm isn't expected to move into the Gulf of Mexico and should stay east of the Florida coastline. But it does bear watching. 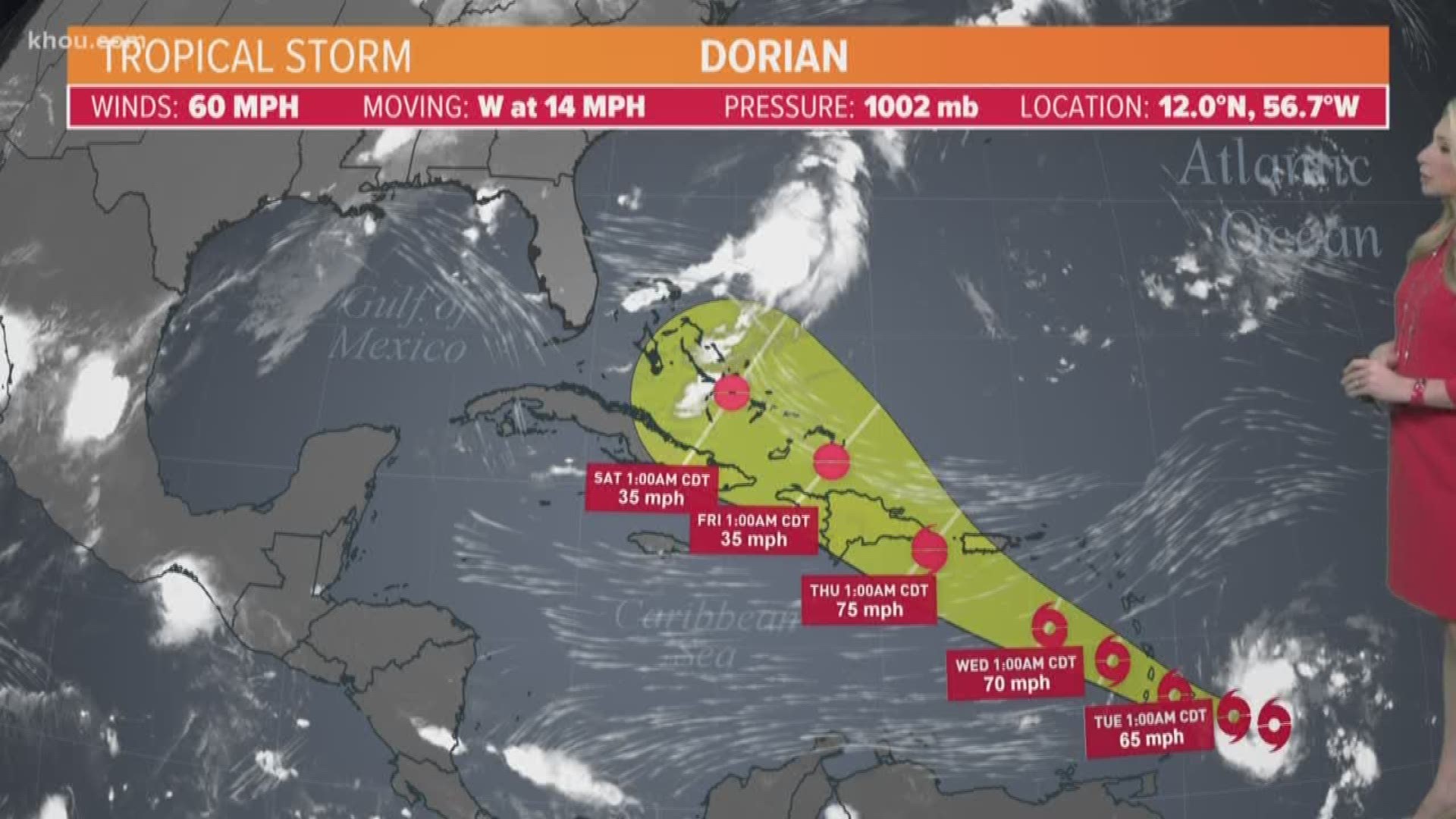 HOUSTON — Tropical Storm Dorian is picking up steam in the Atlantic.

Maximum sustained winds for the storm are now at 60 mph. It's moving west at 14 mph.

The big headline for us -- it's not expected to move into the Gulf and should stay east of the Florida coastline.  People in south Florida and along the east coast could see tropical downpours as it moves through.

According to the National Hurricane Center, Dorian is expected to bring tropical storm conditions to part of the Lesser Antilles.

Dorian should drop between 2 and 4 inches of rain in Barbados, the Winward Islands and Dominica, with isolated amounts as high as 6 inches.

It's still too soon to determine how soon it will affect Puerto Rico and with what intensity.  We're also monitoring possible impact on the Virgin Islands or Hispaniola.

Here's the latest forecast cone from the National Hurricane Center: