The slow-moving tropical storm is expected to be a hurricane by the time it makes landfall early Tuesday between New Orleans and Mobile. 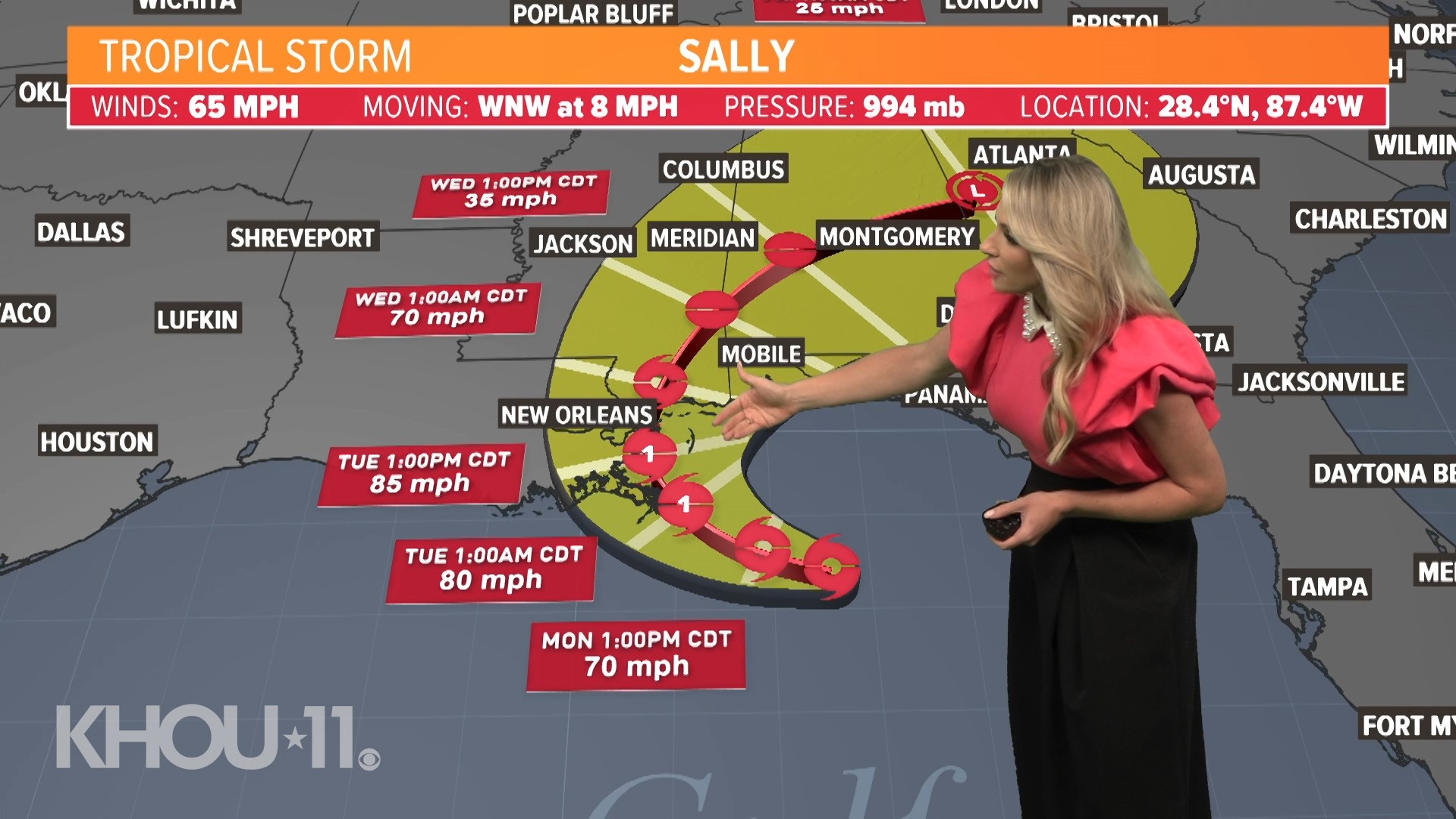 HOUSTON — UPDATE: Sally has been upgraded to a hurricane.  We are now keeping all updates on this page.

Tropical Storm Sally is getting more organized. Sally is expected to make landfall Tuesday as a Category 1 hurricane in eastern Louisiana. The tropical storm is expected to strengthen into a hurricane as it makes its way toward the borders of Louisiana and Mississippi.

It's a slow-moving system, and one main concern is Sally it will bring flooding rains and a storm surge to impacted areas with 24" of rain possible in isolated spots, warns the National Weather Service:

Here's our latest rainfall and flash flooding information regarding Sally. Isolated areas of 24 inches of rain possible where Sally makes landfall. A HIGH RISK remains in effect for Tuesday. pic.twitter.com/lrJQoBgurk

As of 10 a.m. Monday, the center of the storm was about 140 miles east-southeast of the mouth of the Mississippi River. Sally was moving to west-northwest at 6 miles per hour, according to the National Hurricane Center. The system has maximum sustained winds of 65 miles per hour with higher gusts.

Watches and warnings have been issued for the eastern coast of Louisiana, including New Orleans, all the way wast to Florida's Gulf Coast.

Sally is expected to bring hurricane-force winds by early Tuesday, with tropical storm conditions possible on Monday. Storm surge is possible along the northern Gulf Coast on Monday. A Storm Surge Watch is in effect for parts of the Louisiana coastline.

Be prepared if a storm comes our way

RELATED: Follow these food safety tips during a hurricane or flood