Both tornadoes were classified as an EF-1, with winds up to 90 mph. 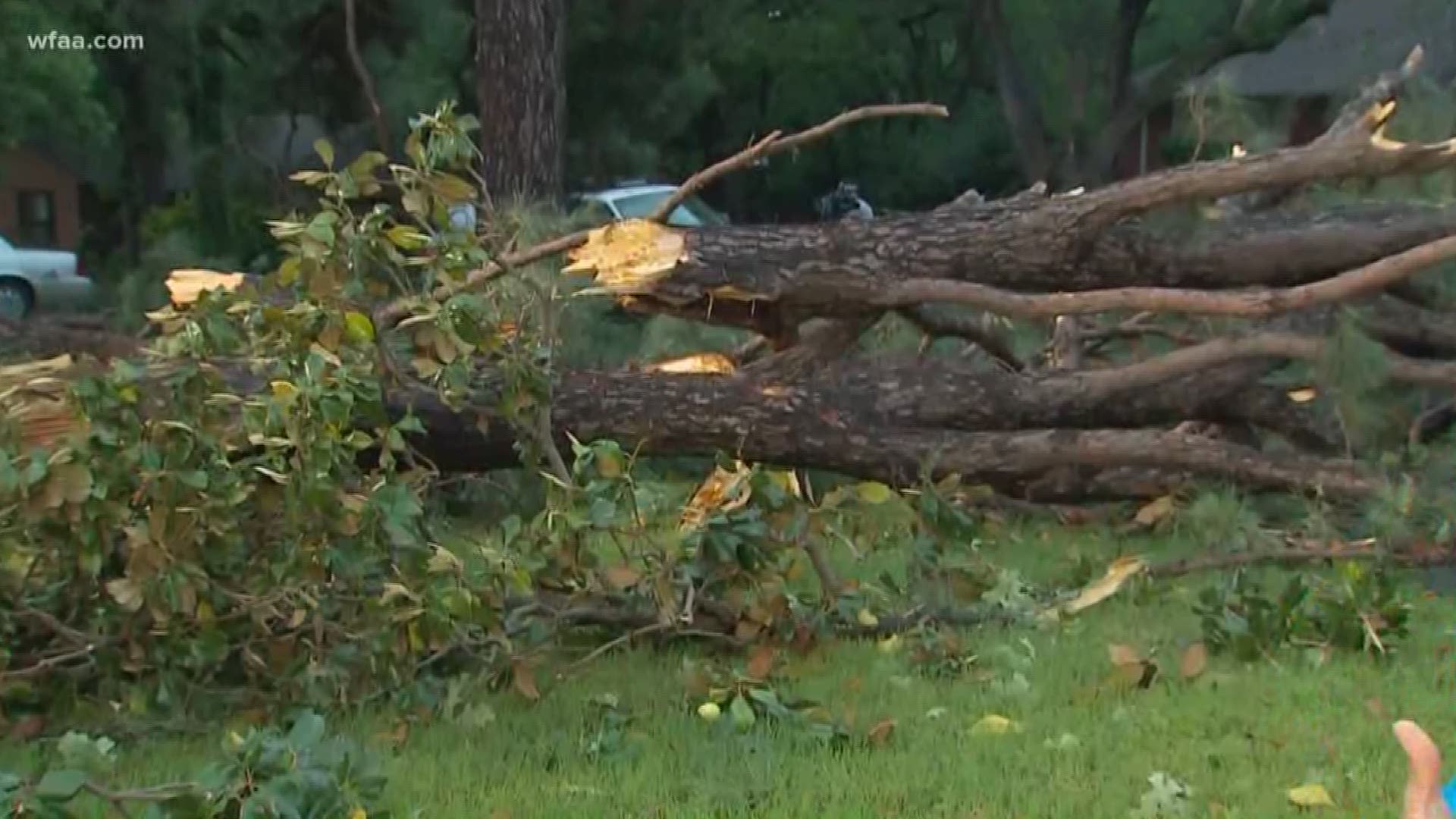 DENTON, Texas — Updated at 12:45 p.m. Wednesday with confirmation of tornadoes.

The National Weather Service has confirmed tornadoes swept through Denton and Justin.

The two tornadoes were part of the same storm that blew through the area Tuesday night, uprooting trees and damaging rooftops in Tarrant and Denton counties. 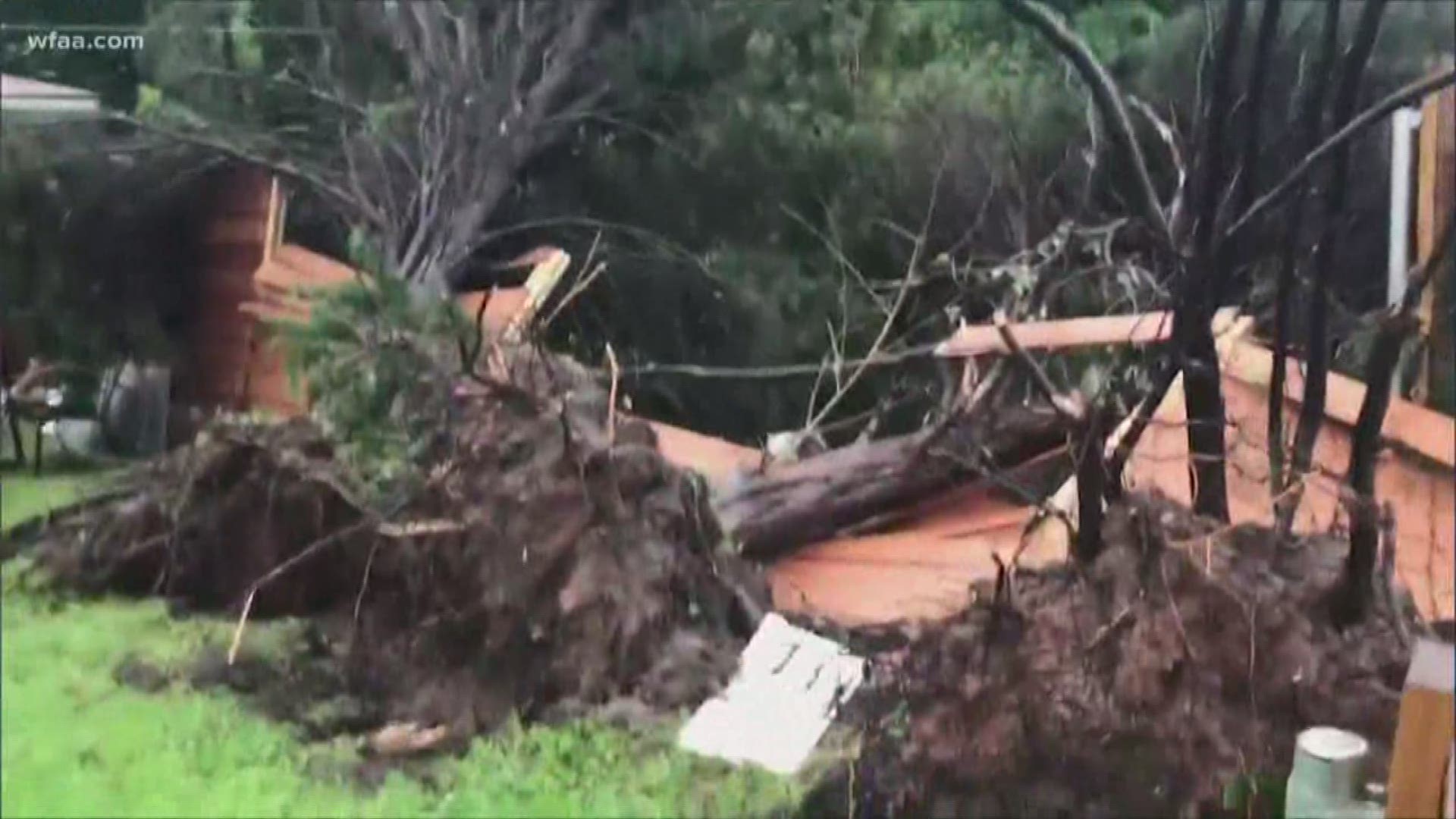 The EF-1 in Justin created winds up to 90 mph, according to the weather service. The tornado path spanned about a mile and damaged trees.

In Denton, the tornado was also classified as an EF-1 with winds up to 90 mph. The tornado touched down near the Texas Woman's University campus and traveled toward Loop 288.

Many residents took shelter after the Tornado Warning was issued until 7:30 p.m. Tuesday in for northern Denton County .

Storms damaged to rooftops in Tarrant and Denton Counties, easily snapping large trees in half and blocking roads. Fallen trees were reported in Justin.

Some reported storm damage to a handful of homes, but there are no reports of injuries.

Heavy rainfall caused flooding issues for some neighborhoods. A neighborhood road in Argyle caused the road to buckle as water came through the back and front doors of resident homes.

Storms aren't done yet with North Texas as more storms, possibly severe move through Wednesday. Damaging winds and large hail will be the main risks. There are also concerns of flash flooding.