Time to be weather aware: A primer for new Texas residents

On average, most Texas tornadoes happen in the next three months. 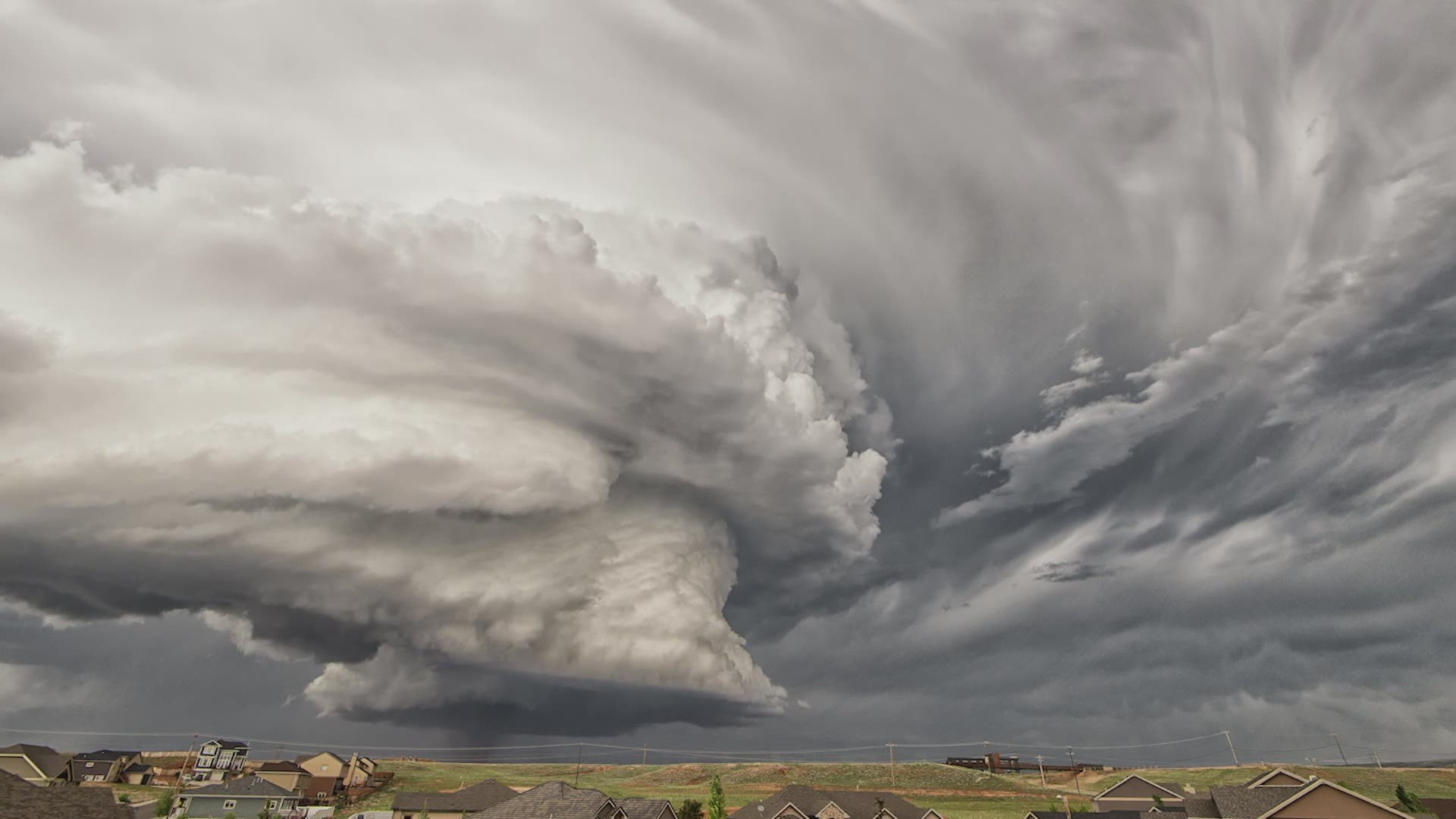 DALLAS — As the old Texas saying goes: if you don't like the weather, just wait a minute. Well, the month of March is when we remind people that the one-minute potential for change is potentially more dangerous than any other time of the year.

Texas averages 132 tornadoes a year. The majority of those tornadoes happen in the months of April, May, and June as winter cold gives way to summer heat in fits and starts and pushes and shoves of cold and warm weather air masses.

"That collision of those air masses, in elementary terms, is exactly what causes these severe thunderstorms," said WFAA meteorologist Jesse Hawila.

"We can have tornadoes 12 months out of the year," said WFAA Chief Meteorologist Pete Delkus. "But we're giving people a reminder right now because we're at the start of, historically, the most active part of our severe weather season of the year."

And being able to identify those severe thunderstorms on your own is part of the secret to staying safe.

When WFAA's meteorologists are watching for severe storm potential, one of the tell-tale signs is a "hook echo" developing on the radar: an indication of cloud rotation in an approaching storm system. During the day, that early potential may be visible as a wall cloud, a cloud formation that looks exactly as its name implies: a "wall" as an updraft meets a downdraft of energy and where severe weather is most likely.

"When we have a wall cloud, that's step one in the process," said Delkus. "Step two is a rotating wall cloud. Step three would be a funnel cloud and step four would be a tornado. So you need to be on high alert any time you see a wall cloud."

"Now, not all wall clouds rotate. But the ones that we're really going to be concerned about," said Hawila, "they rotate and they rotate quickly."

Another reminder: storm warning sirens.  There are 168, for example, in the city of Dallas. And they are not activated solely as a warning for an approaching tornado. Severe thunderstorm warnings with winds over 70 mph and the threat of hail over an inch and a half, as initiated by the National Weather Service, can cause them to be activated too.

But if a tornado is on the way, what do you do? The best advice from experts, as you will often hear in even more tornado-prone locations like Oklahoma and the midwest, is to get underground: get to a tornado shelter if you have one.  If that is not available, then get to the lowest and most central location of your home or the sturdiest structure you can find. But, if a tornado is still a great distance away from you and you have it in sight, remember that in our area tornadoes "generally" travel west to east.

"Let's say there's a tornado and you can see the tornado. Drive away from it if you can. And don't be afraid to do that," Hawila, a seasoned storm chaser said.

"I would go south and then I would head off to the west," said Delkus. "I would try to stay beneath it and then get out underneath it and head behind it. That would be my advice."

And the most important months to pay attention to this advice....are right now.