Those who rode out the storm said they’re glad their community doesn’t look any worse, but Surfside Beach residents are not thrilled about having no water or power. 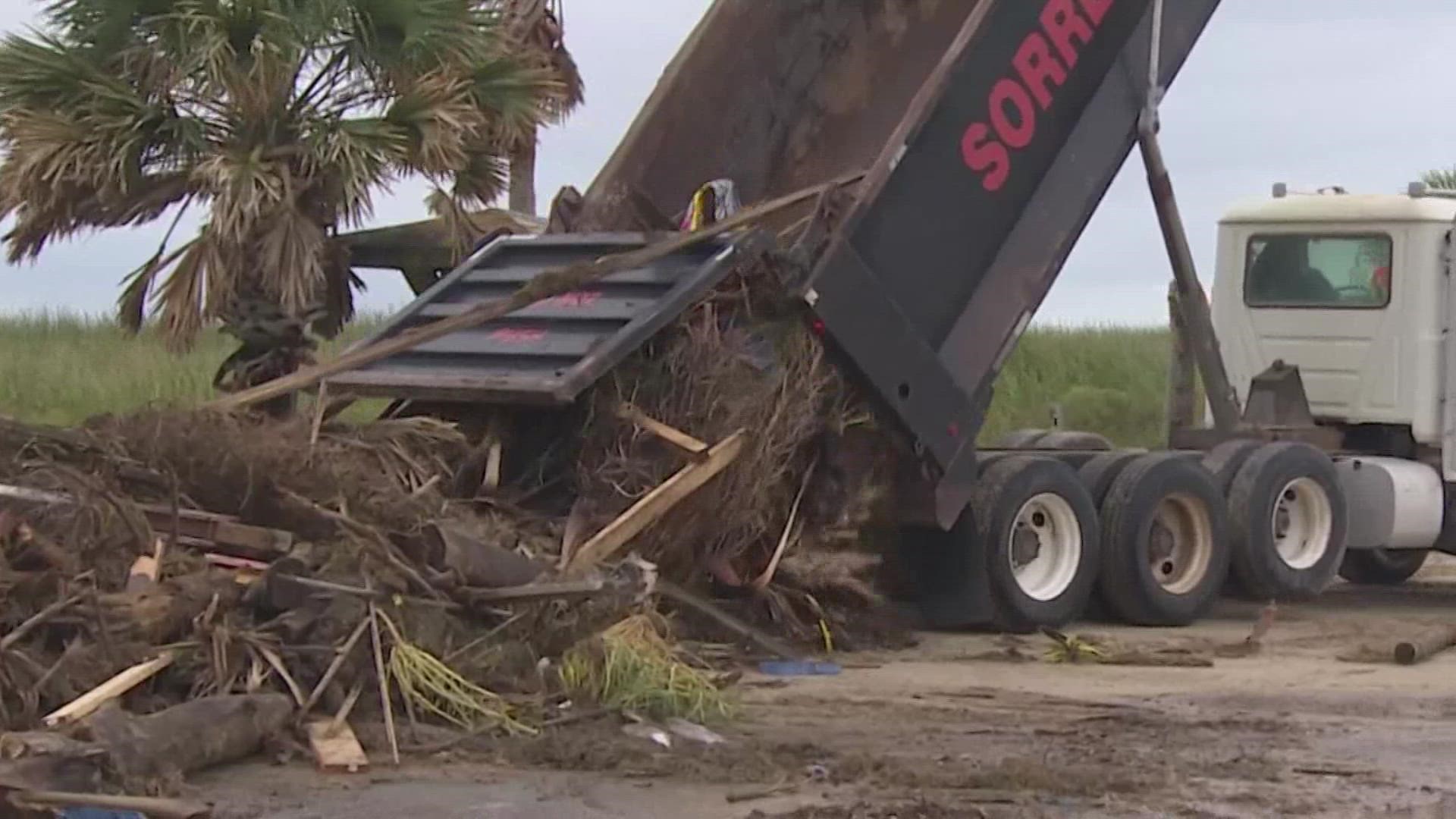 SURFSIDE BEACH, Texas — Tropical Storm Nicholas wreaked havoc on Surfside Beach where you could see stop lights out, flooding and other structural damage.

Brazoria County was one of the hardest-hit areas. Those who rode out the storm said they’re glad their community doesn’t look any worse, but Surfside Beach residents are not thrilled about having no water or power.

The outages started Monday night before strong winds and 6 feet of storm surge pushed in.

“It was kind of scary, because we usually leave,” said Surfside resident Patricia Tawater.

But most of the 600 full-time residents in Surfside Beach stayed. They’re without power or water, and city crews are focused on clearing roads and debris.

😳😳😳 That’s a patio table… now being added to the pile of wooden debris after #TSNicholas. I’ve gotta say, these #SurfsideBeach city crews are a well oiled machine. As an OCD cleaner/organizer, I have mad respect for their efficiency and fun spirit while doing it. #NeatPiles pic.twitter.com/XRoQIwgTAK

Tawater’s lived in the Brazoria County coastal town for nearly 20 years. On Tuesday, water was up to her hip – some of the highest levels she remembers.

“You know, other than the flooding and the dismay, it’s not near as bad as it could be,” said Robert Wood, Surfside Beach police chief. “We’ve had no loss of life. We had no EMS calls.”

Wood considers Surfside blessed. CenterPoint Energy crews are tackling a trio of downed poles which feed electricity to the beach.

“My husband just read that they said two to three days,” Tawater said of the power outages. “We’ve done it before, though. We can do it.”

Until power and water is restored, Surfside is closed to visitors. Police are running a checkpoint at the entrance of town. People have to show proof that they’re a resident or business owner.