Power generators for your home: a little advice before you buy

The Texas sales tax holiday on emergency supplies is the weekend of April 24, and some power generators are included. 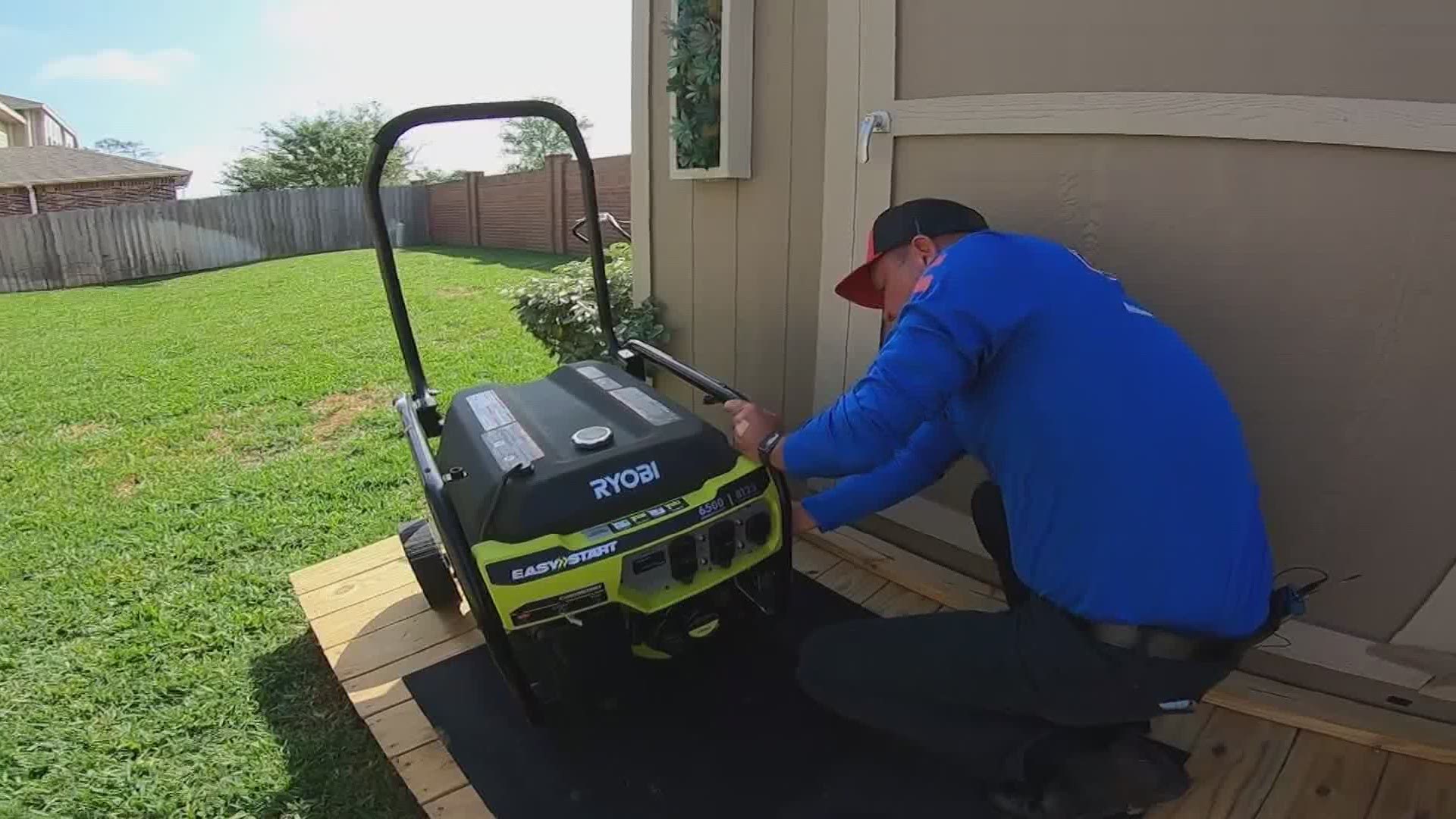 HOUSTON — From Winter Storm Uri wreaking havoc across Texas back in February, to this year’s hurricane season looming ahead, if you're thinking of investing in a generator to protect your home and family, you're not alone.

Ashton Tennant, President of A&A GenPro, Inc – a Houston based generator company that advertises with us here on KHOU 11 says the demand has been insatiable.

RELATED: LIST: It's tax-free weekend on emergency supplies in Texas, including some power generators

"What we're experiencing is unprecedented. To put into perspective, we would get maybe 20-30 calls a week, now we're getting HUNDREDS of calls a week,” said Ashton Tennant, President of A&A GenPro.

From portables to standbys, buying a generator can be overwhelming. So, we asked Tennant to break down the main differences between the two, and weigh the pros and cons.

"They're generally easy to maneuver around and to store, they're very affordable, and easy to operate,” said Tennant.

Tennant says on average, a portable generators costs between $400 to $2,000 dollars.

"You've got to continue to maintain it while it's in storage, you have to treat the fuel, you have to have fuel on hand, there is also a risk of fire and carbon monoxide poisoning," said Tennant.

Which is why, Tennant says a portable must be run outdoors, at least 10 feet away from your home.

It's also limited in its use, and can only power a handful of your appliances, that you'll need to plug in. They’re also quite noisy.

If you're looking for a more hands-off, safer approach, Tennant says standby generators might be a better choice for you.

"Standby generators are fully automatic and require no human interaction in the event you lose power, it's permanently affixed and installed,” said Tennant.

Standby generators will also turn on in a matter of seconds and are much quieter. The best part, it'll power almost all your home appliances, including the A.C. unit.

"It goes off, and then it comes right back on, and you just go on about your day,” said Tennant.

On average, from consultation to installation a standby generator can set you back between $8,000 to $12,000 dollars.

However, Tennant says don't let the hefty price tag scare you, there are financing options. Plus, some additional bonuses, it lasts longer and will increase the value of your home.

Tennant just warns, if you do go this route, be sure to purchase your standby generator from a reputable company, and get multiple quotes.

"You want to go with a company that does generators, not just installs them, repairs, and services them, and is authorized to do warranty work on them, said Tennant.

So, whether you go with the portable or the more permanent fixture, during an outage Tennant says both generators will do its number one job, giving you peace of mind.