Dallas police officials said an officer captured on video carrying what appeared to be alcohol after Sunday's tornado was stopping looting. 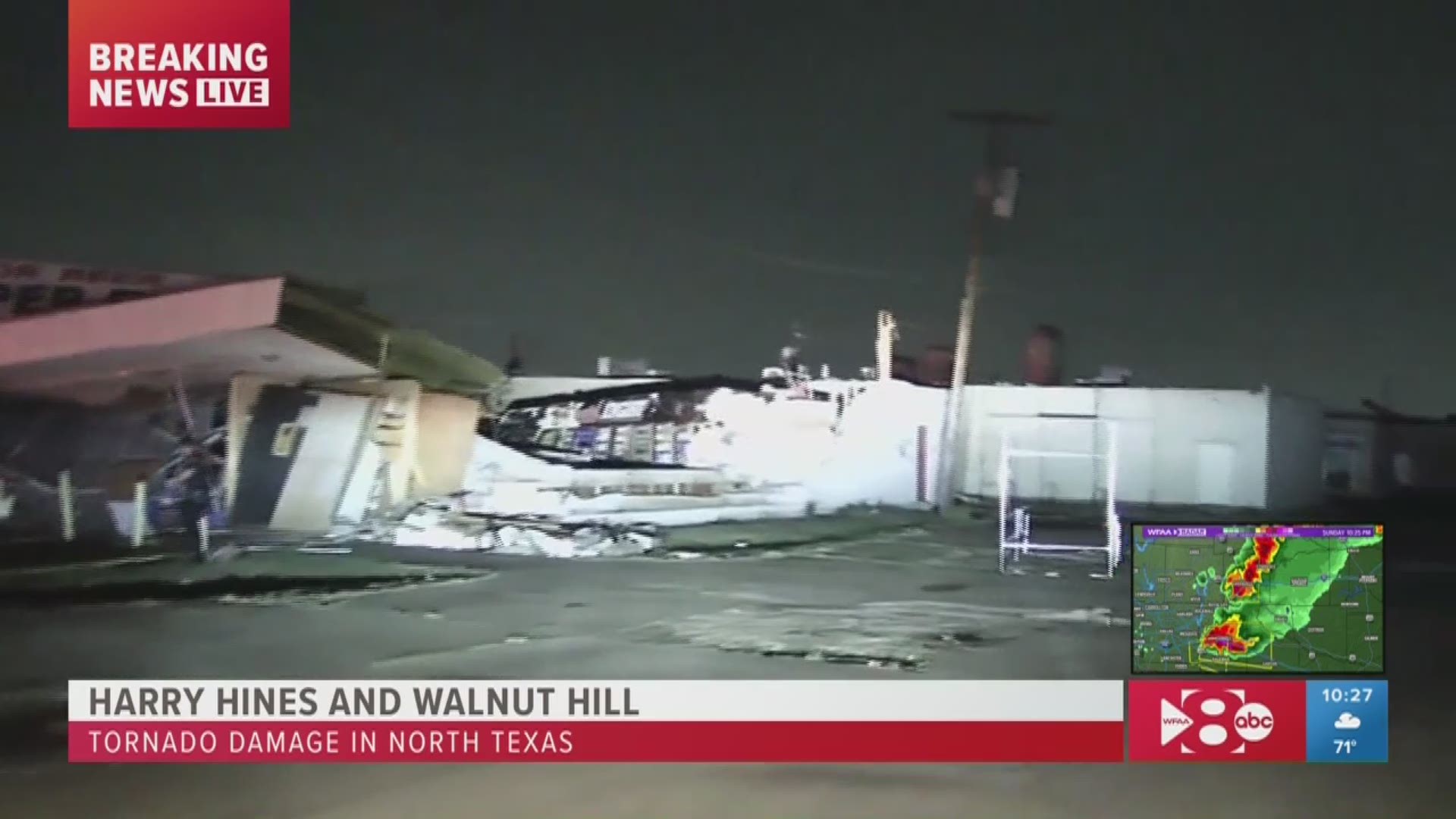 Updated at 6:54 p.m. with new information from police.

An officer captured on video holding what appears to be bottles of alcohol outside a damaged liquor store after a tornado blew through the area Sunday was "protecting the property of the business owner," Dallas police officials said late Monday.

One version of the video, captured live during WFAA storm coverage, has been shared more than 18,000 times, while another had racked up over 10,000 shares on Facebook.

Dallas police released an audio recording of the officer calling for backup. Officials said the call was made about two minutes before the beginning of the video.

The officer said people were loitering outside the liquor store and that he had confiscated the bottles from someone there, said a Dallas police spokesperson.

Officials pulled the officer's dash camera footage and checked his logs. They have not released the name of the officer.

The officer said he approached a woman with bottles in her hands, took them and put them on the ground.

"He was protecting the property of the business owner. The officer was also there to assist anyone in need of help," Dallas police said in a written statement.

There was at least one report of looting early Monday in the area near Walnut Hill Lane and Brockbank Drive. No one has been arrested.

The incident involving the officer occurred about a block away in the 2900 block of Walnut Hill Lane.

Officials said firefighters and police officers were working throughout the night to check damaged buildings for people trapped inside.

The National Weather Service has confirmed a tornado touched down in Dallas, bringing winds up to 140 mph. The service estimates the tornado was an EF-3.

RELATED: Here's what we know about last night's storms in DFW

RELATED: Dallas tornado classified an EF-3, had winds up to 140 mph