The KHOU 11 News team is tracking some damage across our area from overnight after strong storms swept through. 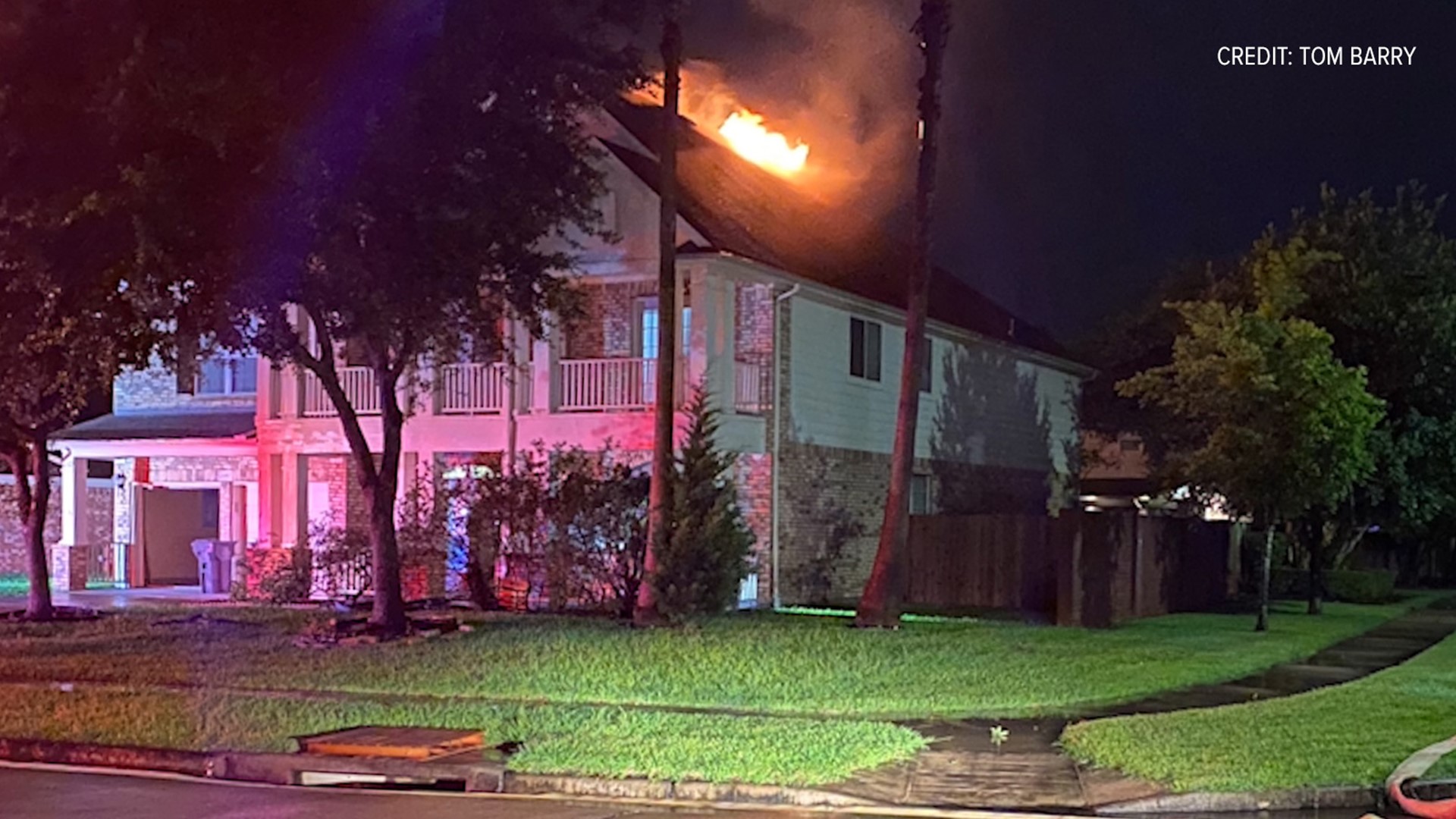 HOUSTON — Firefighters in Houston and Sugar Land stayed busy overnight after at least two house fires and a couple buildings that were damaged by strong winds.

Note: the video in this story is a raw clip from each of these three scenes overnight

The causes of the incidents are under investigation, but they happened as gusty winds and intense lightning swept through the area late Tuesday into early Wednesday morning.

Along I-10 East, just east of 610 in east Houston, firefighters responded to reports of a collapse at an industrial building. Firefighters found the building’s doors were blown in and part of the roof was peeled back. No injuries were reported there, but the upstairs offices were greatly damaged, firefighters said.

Also, another building in the Pasadena area had its roof ripped off along Highway 225 and Shaw — Here's the view from Air 11 on Wednesday morning:

In Sugar Land, a family’s home on Buffalo Springs Court caught fire around 10 p.m. Witness video showed flames shooting from the roof of the home. The fire was put out after about 15 minutes, and no injuries were reported. Neighbors alerted the family inside to the fire so they could get out safely.

In southeast Houston, firefighters responded to a home on Andwood around 1 a.m. It took about an hour to get the fire under control. The flames were mostly coming from a garage area. The family was alerted and was able to get out unharmed.