Flights canceled in Dallas-Fort Worth ahead of tonight's storms 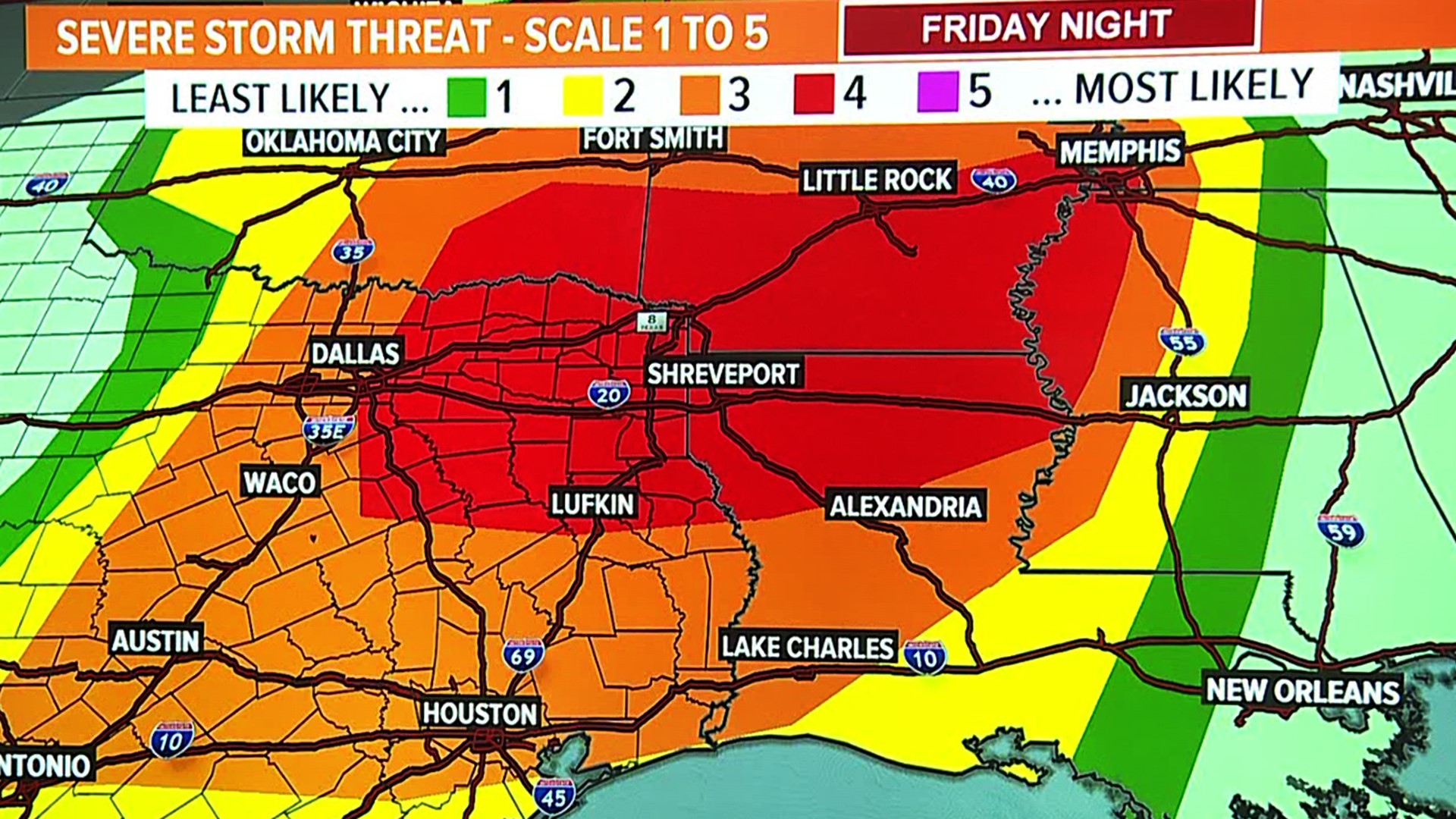 This story will be updated throughout the day.

Ramps have reopened at DFW Airport after a ground stop was issued earlier this evening. "Our airport teams are working hard to get you on your way," the airport said via Twitter.

A tornado watch for Dallas County has expired. Heavy rain and thunderstorms are expected to move east throughout the night.

DFW Airport and Dallas Love Field are first and second, respectively, in the nation for flight cancellations.

“I looked at it yesterday and today and I’m following Pete on Twitter and I hope that he’s right and gets us out of here,” said traveler Jennifer Rothhardt.

Most cancellations happened well in advance of severe weather arriving in Dallas, giving most travelers notice prior to arriving at the airport.

But some travelers are still hoping they will be able to get out of Dallas on Friday.

“I’m hoping it doesn’t affect me. I’m hoping the people that it does affect, they can find flights because I know nobody wants to change their travel plans," Kristen Purcell said.

According to officials with the Dallas Fire Department, crews responded to at least 65 weather-related car accidents Friday in Dallas County.

At one least person died, according to authorities.

As of 7 p.m., MedStar officials confirm there were at least 31 crashes involving injuries in Fort Worth, including two rollover crashes.

The L.A. Lakers and Dallas Mavericks face off at American Airlines Center at 8:45 p.m. Due to the expected weather, Dallas opened doors early at 6:30 p.m. to give fans more flexibility.

Around 10 p.m. about 2,000 customers were still without power across the Dallas-Fort Worth area. Most of those outages were reported in Denton and Dallas Counties.

While some schools decided to release early, many districts chose to hold classes as normal but canceled after school activities ahead of severe weather that is expected to move through the Dallas-Fort Worth area.

There was no extended day, meaning they wanted all the kids gone.

Due to the weather, White Rock Montessori closed at 1 p.m. today, and all after school activities and care are canceled.

Parents and caregivers were asked to contact their school office for specific closure times.

The Fort Worth Diocese said the decision to close early would be made on a school-by-school basis. Parents were encouraged to watch for information from their individual schools about early dismissals, school officials said.

Forney ISD announced that it was canceling all after school events Friday as a safety precaution.

North Lamar ISD announced it was closing at 2:30 p.m. and all after school activities have been canceled.

Dallas ISD said it would hold classes as normal but after school activities are canceled.

Crandall ISD said it postponed the girl's basketball game and alumni celebration for Saturday at 1 p.m. In addition, the JV girls soccer games at the Berkner tournament Friday were canceled.

Kaufman ISD announced the cancellation or postponement of a number of after-school activities. Girls and boys varsity basketball games are rescheduled for Saturday, as is the Norman/Kaufman High School archery tournament. All other events are canceled. 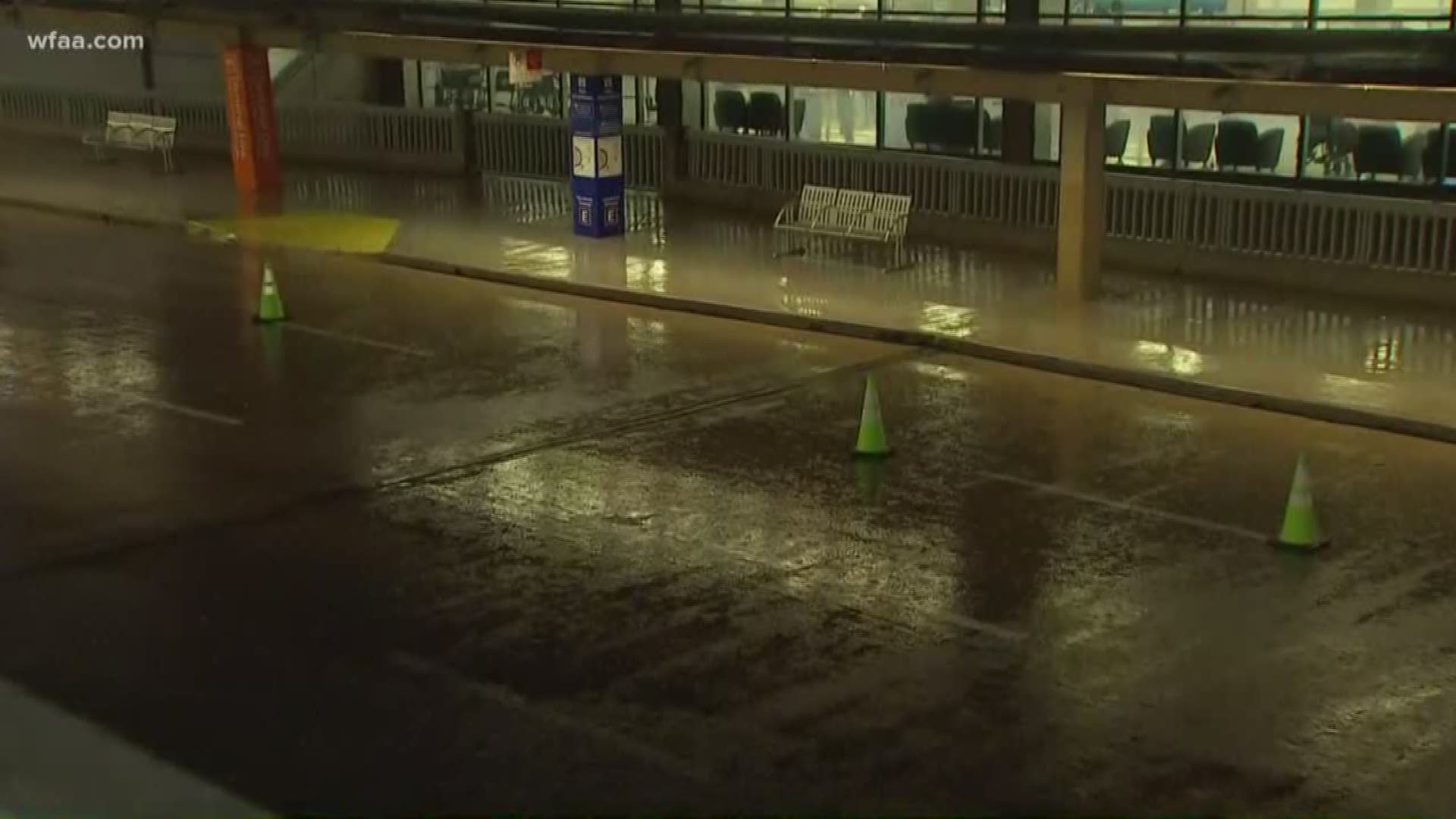 RELATED: What to do before, during and after a severe storm

Remember to download the WFAA app to check one of our dozens of local radars near you as well as sign up for severe weather alerts for your location.

Reporters William Joy and Sean Giggy contributed to this report.