What is Saharan dust?

Did you know nutrient-rich dust travels more than 5,000 miles across the Atlantic ocean from the Saharan Desert every year? 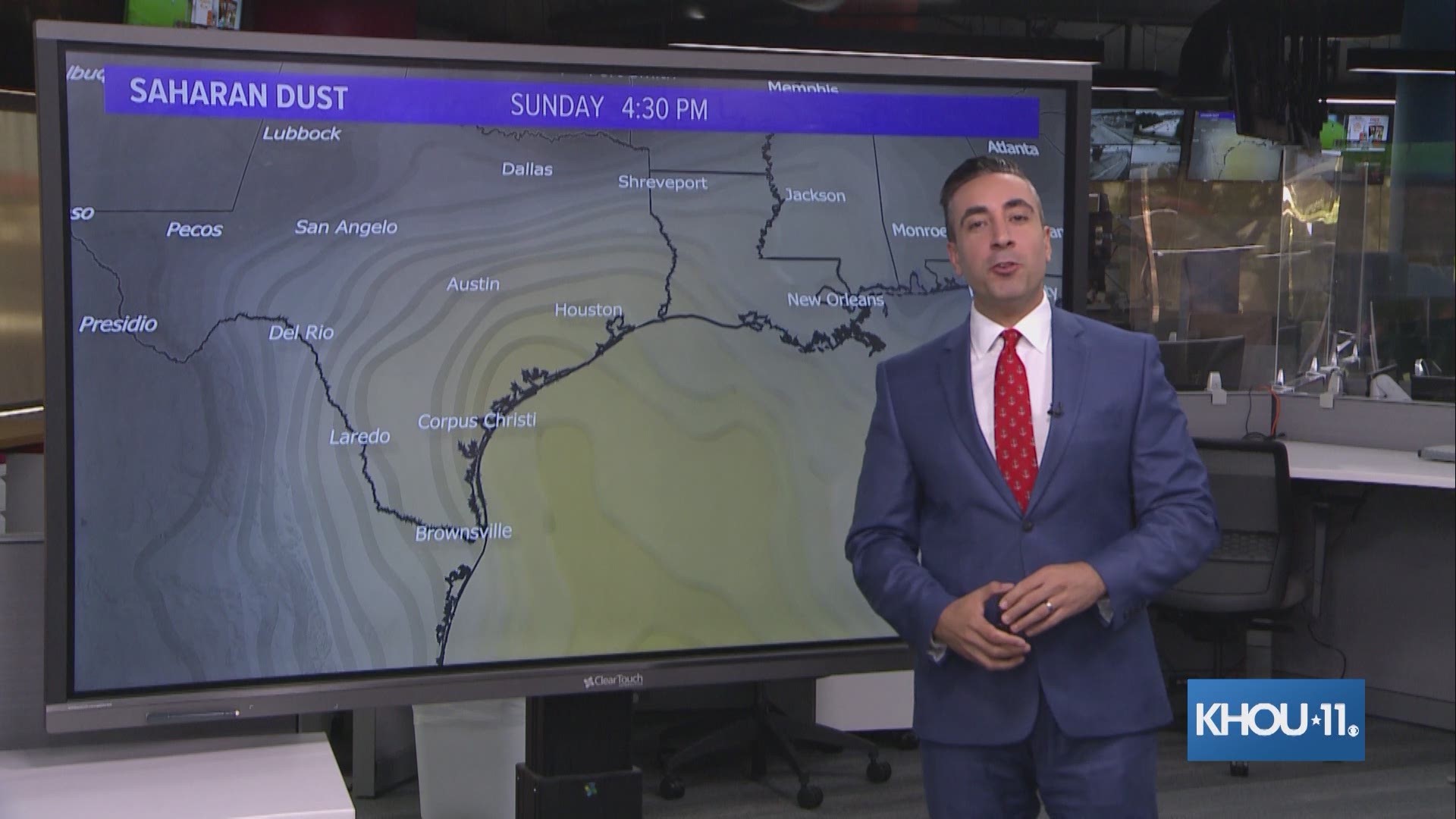 HOUSTON — Saharan dust has landed in Texas, again! It sounds ominous, right? However, it's a weather phenomenon that happens every year around this time.

In the late spring and through the summer, plumes of dust from the Saharan Desert 5,000-miles away travel across the Atlantic, spanning into the Caribbean and as far as the Gulf of Mexico.

It's called the Saharan Air Layer, or more formally, Aerosol Optical Thickness. Experts say these plumes can dump up to 60 million tons of dust into the atmosphere.

Satellites pick it up when the dust layer is thick, and this year it's thick enough to track. We're better at it now because of advanced satellites that can tell how much power is lost as sunlight passes through the atmosphere.

From more intensely colored sunsets to altering air quality, there are some positive and negative impacts that come with these.

Did the #sunset look a little dusty today? It'll look even more so tomorrow as Saharan Dust arrives into Texas. Today was just the leading edge. Another round of dust arrives by Thu-Fri. #KHOU11 #HouWX #Houston @KHOU pic.twitter.com/sHPIGfzzGf

Saharan dust is filled with nutrient rich minerals that has played a role in fertilizing the Amazon Rainforest for thousands of years. The dust does sometimes travel far enough inland in the United States that it can cause unhealthy air quality.

If you notice skies looking a hazy brown color or a pale blue, you may be dealing with Saharan dust in your forecast. If the layer is thin enough, it also creates more intense fiery sunsets.

These dust plumes can also impact our hurricane season.

Tropical systems need warmth from the oceans and enough moisture high in the atmosphere to form. These dust layers are very hot and super dry, which will hinder tropical development if it’s dense enough. They also produce strong wind shear that could break apart a storm.

Sometimes, Saharan dust can suppress thunderstorm development causing the sky to remain hazy for days and can lead to hotter days.

It was considered the largest dust storm in two decades, according to NASA scientists.

In a recent study, they are predicting that these annual dust plumes will decrease over the next century as a result of climate change and ocean warming.