A Saharan dust cloud like we've not seen in 50 years is getting closer to the U.S.

The Sahara dust is in the Caribbean, and experts say it's a cloud like we've not seen in 50 years 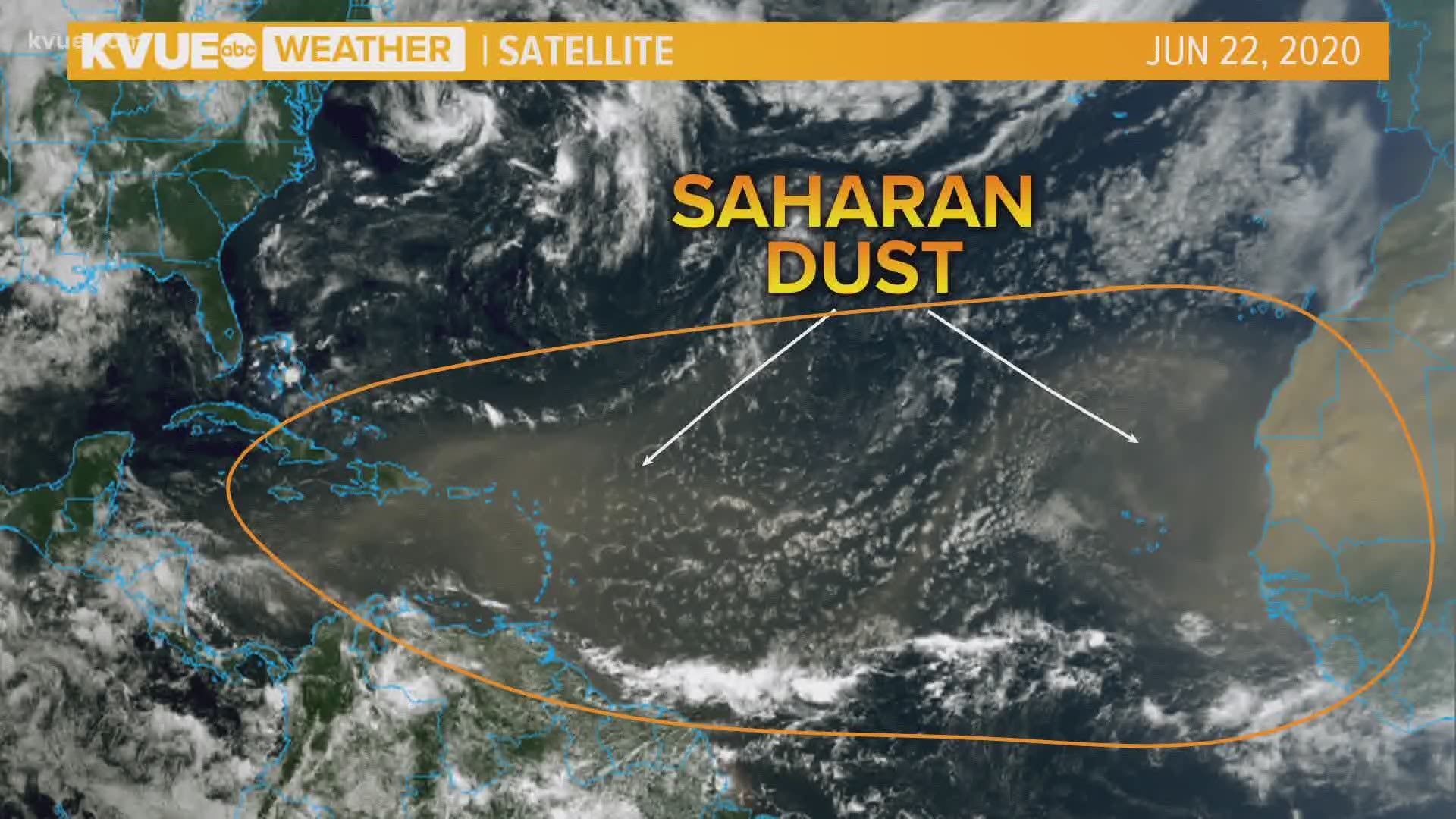 SAN JUAN, Puerto Rico — A vast cloud of Sahara dust is blanketing the Caribbean as it heads to the U.S. with a size and concentration that experts say hasn’t been seen in half a century.

Air quality across most of the region fell to record “hazardous” levels and experts who nicknamed the event the “Godzilla dust cloud” warned people to stay indoors and use air filters if they have one.

“This is the most significant event in the past 50 years,” said Pablo Méndez Lázaro, an environmental health specialist with the University of Puerto Rico. “Conditions are dangerous in many Caribbean islands.”

Many health specialists were concerned about those battling respiratory symptoms tied to COVID-19. Lázaro, who is working with NASA to develop an alert system for the arrival of Sahara dust, said the concentration was so high in recent days that it could even have adverse effects on healthy people.

Extremely hazy conditions and limited visibility were reported from Antigua down to Trinidad & Tobago, with the event expected to last until late Tuesday. Some people posted pictures of themselves on social media wearing double masks to ward off the coronarivus and the dust, while others joked that the Caribbean looked like it had received a yellow filter movie treatment.

José Alamo, a meteorologist with the U.S. National Weather Service in San Juan, Puerto Rico, said the worst days for the U.S. territory would be Monday and Tuesday as the plume travels toward the U.S. southeast coast. The main international airport in San Juan was reporting only 5 miles (8 kilometers) of visibility.

The mass of extremely dry and dusty air known as the Saharan Air Layer forms over the Sahara Desert and moves across the North Atlantic every three to five days from late spring to early fall, peaking in late June to mid-August, according to the U.S. National Oceanic and Atmospheric Administration. It can occupy a roughly two-mile thick layer in the atmosphere, the agency said.

Alamo said a small tropical wave headed to the Caribbean was expected to alleviate conditions by Thursday.

RELATED: Tropical Storm Dolly is set to weaken in the northern Atlantic