The system is bringing a considerable amount of rain to Mississippi and Alabama. 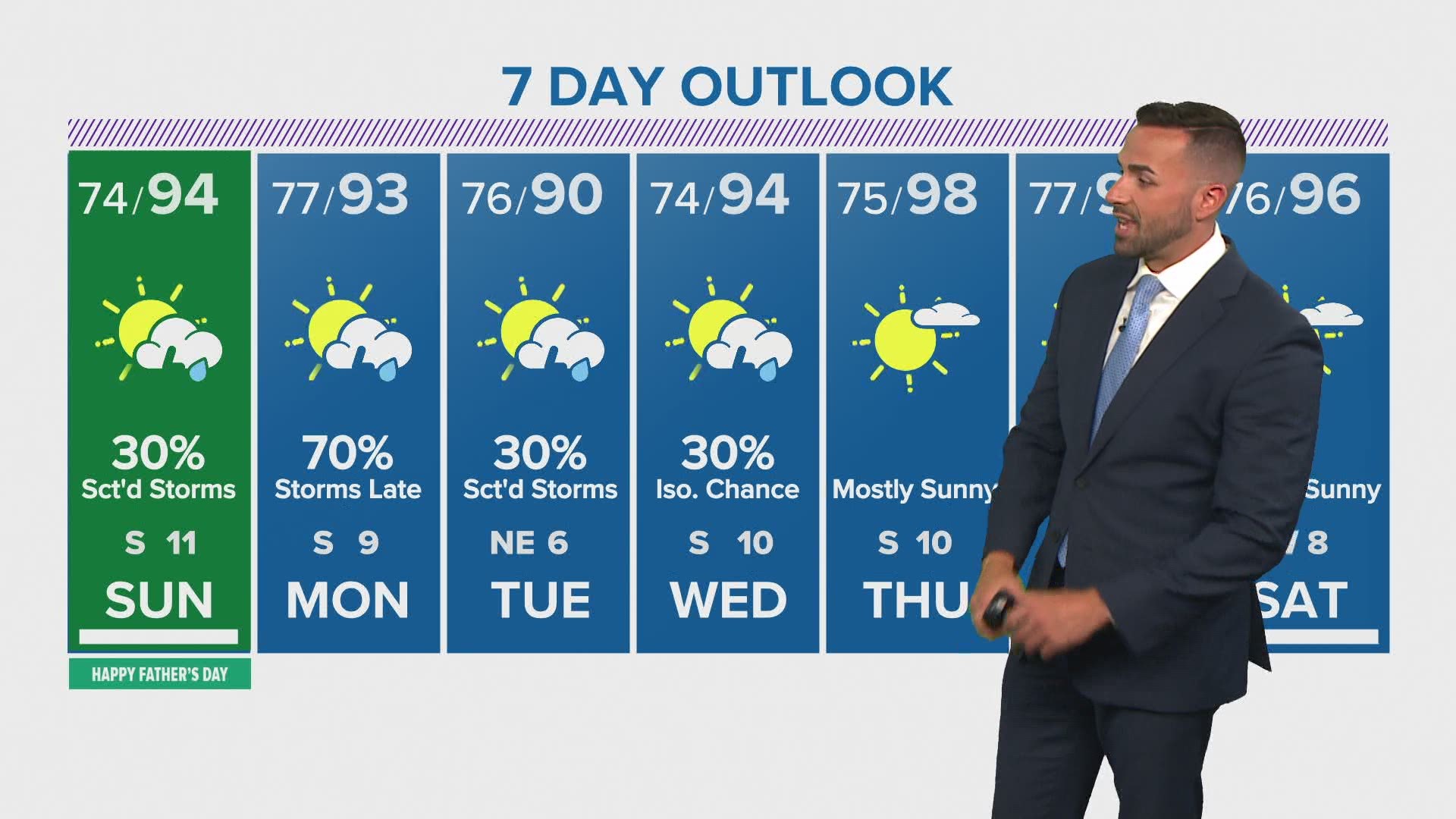 HOUSTON — A weekend that was supposed to be filled with celebrations of Juneteenth and Father’s Day has turned dreary in coastal Louisiana and Mississippi, where Tropical Storm Claudette has brought wind, heavy rain and flooding to a region where some have sandbags still left over from last year’s record-breaking hurricane season.

Claudette formed early Saturday along the Gulf Coast, about 45 miles southwest of New Orleans, the National Hurricane Center announced in a 4 a.m. advisory.

Claudette has now weakened to a tropical depression. Despite the weakening in wind intensity, Claudette will still bring very heavy rainfall to the Southeast over the next few days.

With virus restrictions loosened and summer near, business owners across the Gulf Coast — everyone from restaurateurs to swamp boat operators — had been anticipating an influx of tourist cash after a year of lost revenue due to the coronavirus pandemic and relentless storms. But those hopes have been dimmed by the storm.

#BREAKING - 🌀 we now have #Claudette. Potential Tropical Cyclone Three has strengthened into a tropical storm just outside of New Orleans. It is expected to weaken into a depression in less than 24 hours. #tropics #TSClaudette #PTC3 #tropicalStormClaudette #khou11 pic.twitter.com/8f3wz04A5M

“My biggest concern is that it drives away a busy weekend, and may just end up being a lot of rain,” said Austin Sumrall, the owner and chef at the White Pillars Restaurant and Lounge in Biloxi, Mississippi. He had 170 reservations on his books for Sunday, but was concerned some patrons would cancel. “We saw, especially last year, the rug can get jerked out from under you pretty quickly,” he said.

The storm was expected to dump anywhere from 5 inches (13 centimeters) to 10 inches (25 centimeters) of rain along parts of the Gulf Coast — even 15 inches (38 centimeters) in isolated areas, according to forecasters at the hurricane center.

Flooding had already begun overnight Friday into Saturday, with local reports of high water over roads and stranded vehicles. Flash flood warnings dotted the coast while flood watches were in effect well inland for parts of Mississippi, Alabama, Florida, and central and northern Georgia.

“I’m sure the area’s going to have some flooding,” Coulon lamented.

Dealing with tropical storms is nothing new for Coulon, who said he jokingly tells people he's from the “cone of uncertainty,” referring to a term that forecasters use.

In Louisiana, the threat came a month after spring storms and flooding that were blamed for five deaths, and as parts of the state continued a slow recovery from a brutal 2020 hurricane season. That included Tropical Storm Cristobal that opened the season last June, hurricanes Laura and Delta that devastated southwest Louisiana, and Hurricane Zeta that downed trees and knocked out power for days in New Orleans in October.

Claudette had maximum sustained winds of 45 mph. It was moving north-northeast Saturday morning at 12 mph.

“I hope it just gets in and gets out,” said Greg Paddie, manager of Tacky Jack’s, a restaurant at Alabama’s Orange Beach.

Paddie said the restaurant still has sandbags left over from its preparations for last year’s Hurricane Sally. That September storm, blamed for two deaths, threw ships onto dry land and knocked out power to hundreds of thousands of people in Alabama and in the Florida Panhandle.

Disappointment was evident in the voice of Seneca Hampton, an organizer of the Juneteenth Freedom Festival in Gautier, on the Mississippi Gulf Coast. He spent weeks arranging food trucks, vendors, a bounce house, face painting and free hamburgers and hot dogs for the event. It was highly anticipated because last year’s was canceled due to the pandemic and because of Juneteenth's new designation as a federal holiday.

“It’s something that means a lot to people, and there were people that were bummed out, like ‘I already had in my mind I was coming out there to celebrate,’” said Hampton.

By Friday evening, storm clusters were dumping rain up to 4 inches (10 centimeters) an hour along parts of the Louisiana and Mississippi coasts, said Benjamin Schott, meteorologist in charge at the National Weather Service office in Slidell, Louisiana.

A tropical storm warning extended from Morgan City, Louisiana, to the Okaloosa-Walton County line in the Florida Panhandle.

Meanwhile, Mexico was threatened by a storm in the Pacific. Tropical Storm Dolores formed Friday with landfall expected on its west-central coast Saturday evening, possibly near hurricane strength, according to the National Hurricane Center.

No flooding in Southeast Texas, but be careful at the beach

Here in Houston, there may be the chance of a wraparound shower or two over the weekend. We should see a northeast breeze and a slight increase in surf. Flooding from this system is not at all a concern in Southeast Texas.

With that in mind, if you're going to the beach, be careful of rip currents. Watch the kids closely and don't go into the water over your knees. 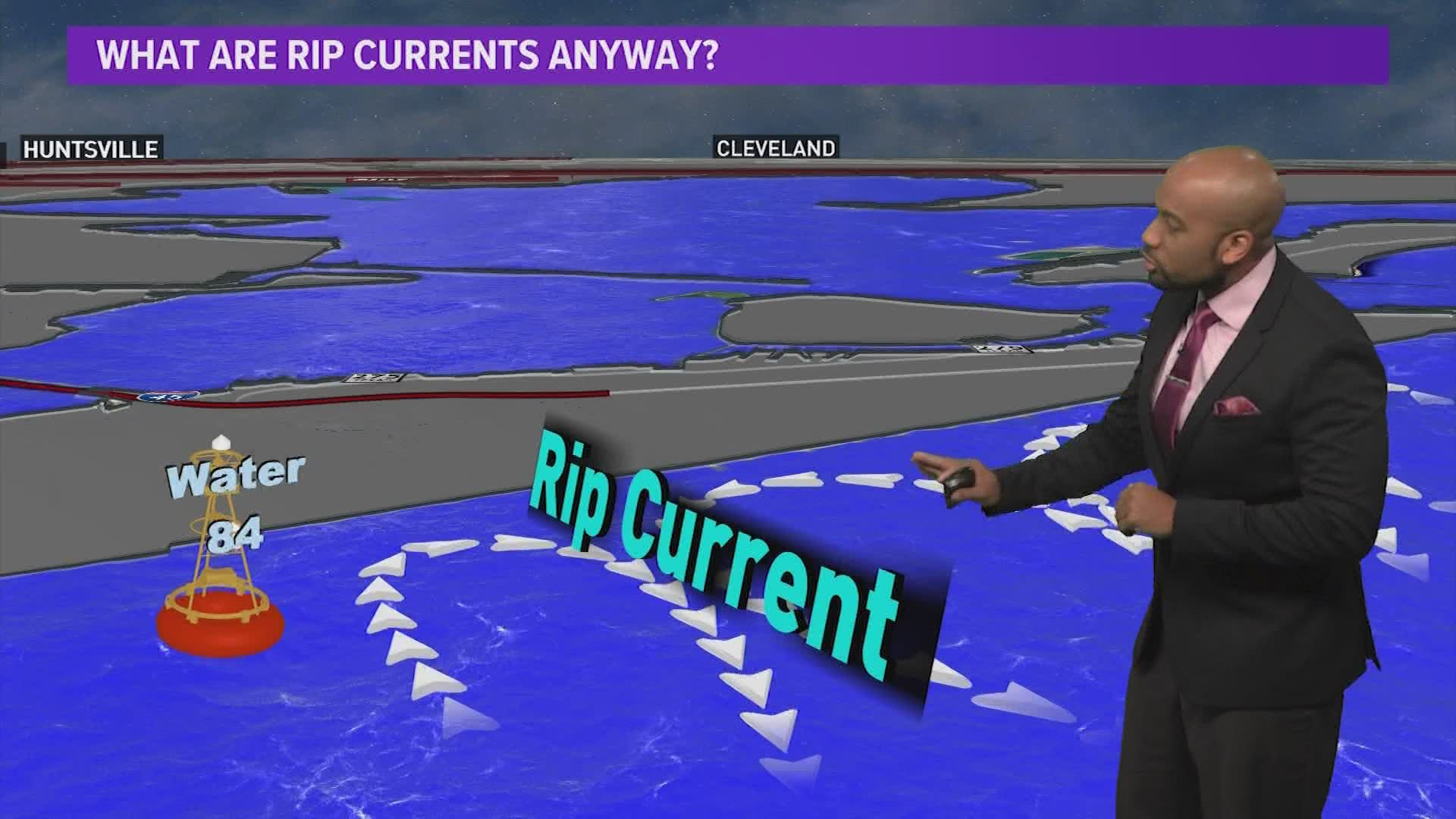 As of 10 p.m. Thursday, a Tropical Storm Warning was issued for this section of the coast as the storm moves north at 9 mph. It's currently about 435 miles south of Morgan City, Louisiana. It had maximum sustained winds of about 30 mph.

HURRICANE SEASON: Get prepared with checklists, evacuation routes and more