Pipe wraps, faucet covers sell out at Houston hardware stores, but there are other options

C&D Hardware and Gifts got a new shipment of 700 pipe wraps and 500 faucet covers Saturday morning. They sold out in only an hour. 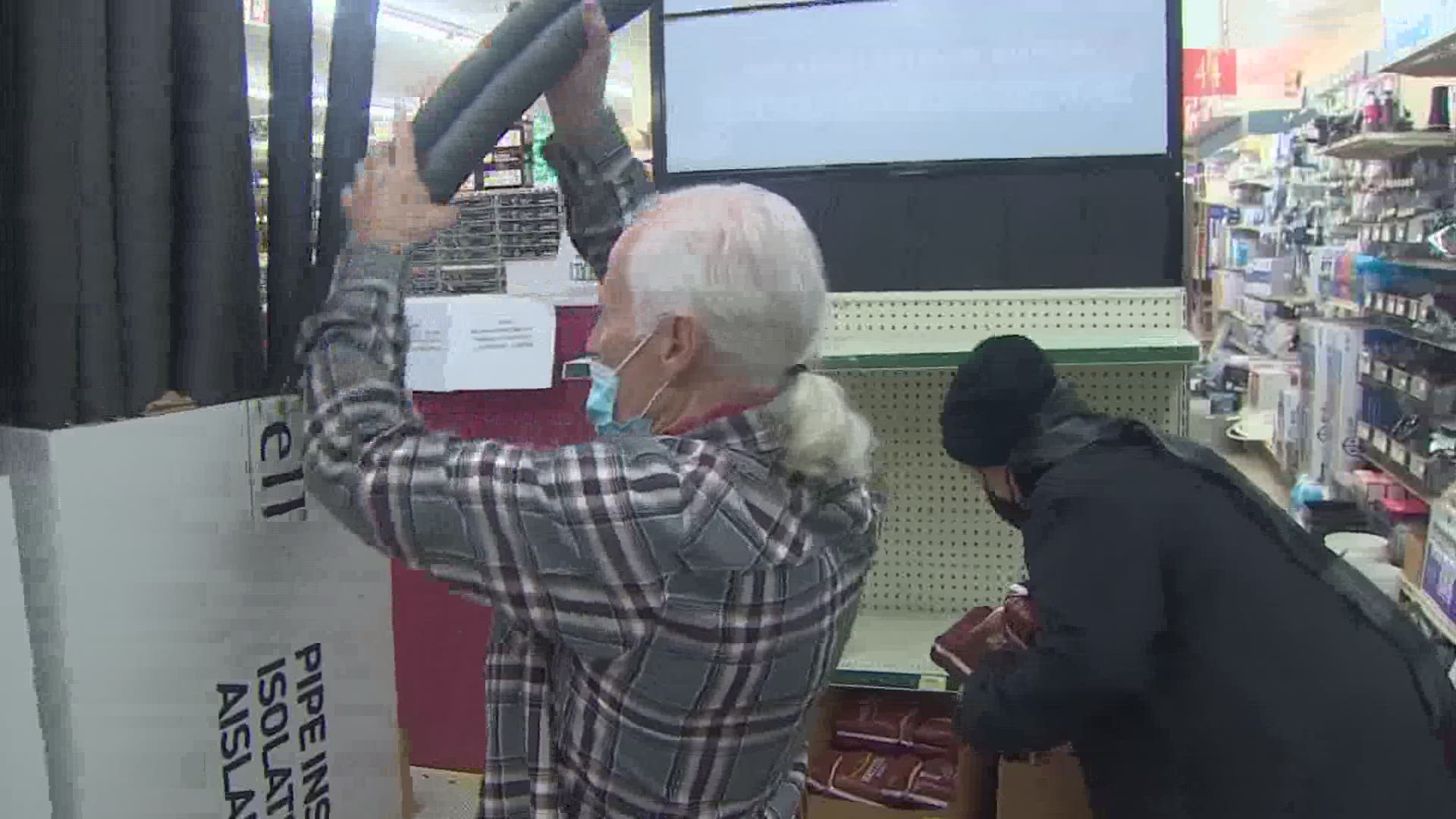 HOUSTON, Texas — Homeowners lined up outside hardware stores Saturday just to get their hands on some last-minute pipe wraps ahead of this week's big freeze.

C&D Hardware and Gifts got a new shipment of 700 pipe wraps and 500 faucet covers Saturday morning. They sold out in only an hour.

“By 8:30, people were already starting to line up. I went outside to warn them that we don’t open up until 9:00, they could sit and wait in their cars, but they didn’t listen," said manager Arthur Buchanan.

The hot items were pipe wraps and faucet covers.

“That you put over your exterior faucets to also keep them from freezing as well," Buchanan said.

But some shoppers, like Mark Gonzalez, decided that madness was too much.

“I decided just to turn off the water pipes at the main, and I'll just drain the lines that way no water will be in the lines," Gonzalez said.

And when it comes to actually putting the product on the pipes, Christine Huey says they’ll figure it out.

“Luckily, we have YouTube, so we’ve been looking everything up, and yeah, I think we’re pretty confident in the application of how to put everything on, so I think we’re good to go," Huey said.

But if you didn’t get the official pipe wraps or faucet covers, there are other things you can use like old rags, blankets, even a pool noodle on smaller pipes.

“Just some old 3M tape and some old shirts just to get the pipe wrapped," homeowner John Jackson said.

Jackson didn’t have time to hit the hardware store, so he’s using what he has at home and says that should be good enough.

“The house is fairly new. It’s not an old old house, so just enough to wrap. I got like two spickets outside, and that’s about it that I have out," Jackson said.

C&D Hardware and Gifts will be open again Sunday, but sadly, they will not be getting any more shipments of pipe or faucet covers.