Biggest and brightest supermoon of 2021 is tonight! Here's the best time to see it

So when is the best time to see it? And will it actually be pink? 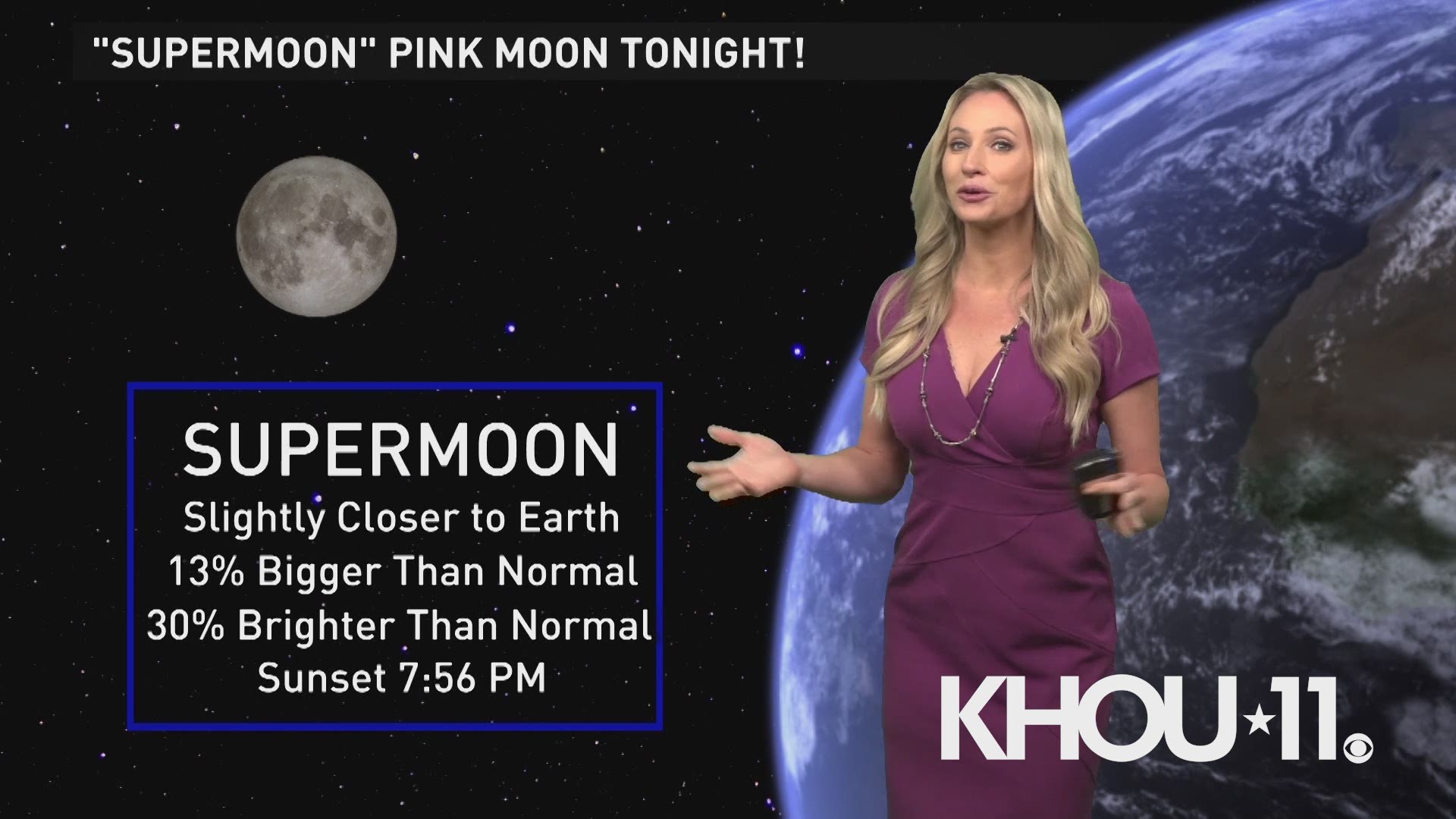 In Houston, sunset is plotted for 7:56 p.m. CST but the best time to view the super moon will happen at 10:32 p.m. CST, KHOU11 meteorologist Chita Craft.

You'll want to find an open area and watch as the moon is just above the horizon.

Will it actually be a pink moon?

It's a full moon, and usually called the pink moon because this time of year as flowers bloom, many of us think of the color pink.

It's just a colloquialism to indicate the full moon is arriving during the early spring blooms of the North American wildflower Phlox subulata, also known as "moss pink," according to the Old Farmer's Almanac.

As far as the supermoon part, it refers to either a new or full moon that occurs when the moon is within 90 percent of perigee— it's closest approach to Earth.

Because you can't see a new moon phase, we love when it occurs with the full moon because it appears bigger and brighter.

This year, it should appear 14 percent bigger and 30 percent brighter.

Share with us! You can send your videos and photos of the pink moon to us using the Near Me feature in the KHOU11 mobile app.

When is the next super moon?

If you miss April's pink moon, or clouds take away from your view, the next supermoon will be at the end of next month on May 26.

It will be the closest super moon of the year at 222,116.6 miles away and will coincide with a total lunar eclipse in some places, which means it will take on a reddish look.

According to the most excepted definition of the term, we'll see only two supermoons in 2021.

Travis Pittman contributed to this article.