North Texans prepare for threat of severe weather on Friday

Several neighbors admit they are worried, knowing meteorologists are predicting the possibility of severe storms. 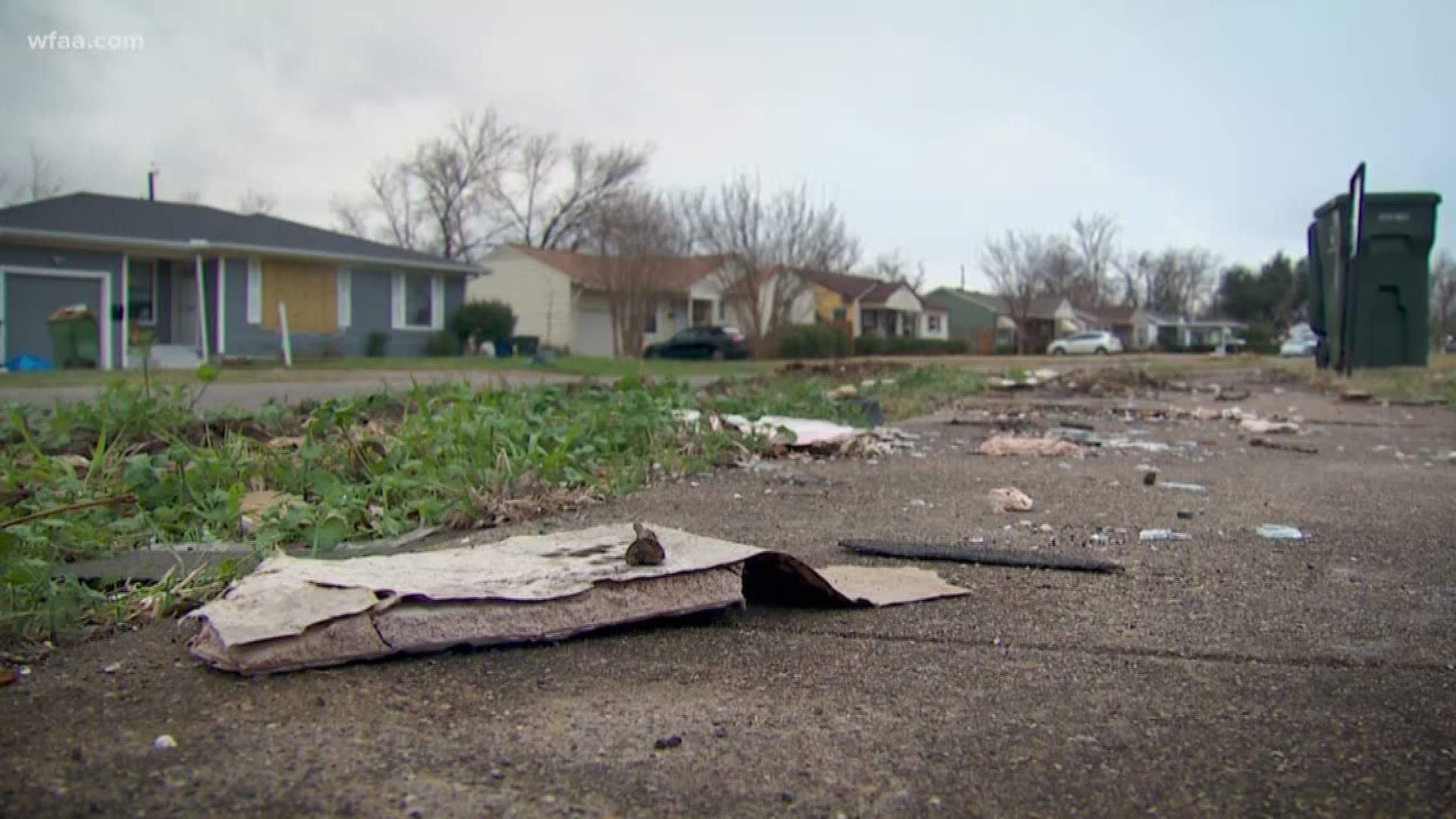 DALLAS — The threat of severe weather, including potential tornadic activity, has Texas Gov. Greg Abbott placing a variety of resources on standby.

On Thursday, Abbott's office announced that the Texas Division of Emergency Management is placing boats, rescue teams, medical teams, law enforcement, and volunteers from numerous organizations on standby and ready to deploy in areas hit by storms.

Several school districts across North Texas confirmed they are monitoring forecasts for Friday. The schools have severe weather plans in place and say safety to students and staff is a priority.

Some neighbors on Murray Drive in the City of Garland are on edge as the threat of severe storms linger.

Many homes on the street remain boarded up. Some of the houses are red-tagged, with damage so bad families can’t return home.

The damage is a daily reminder of the tornadoes that hit the area in October 2019.

"It got real still and we knew something was wrong," Michael Hankiewocz said.

Chelsea Raymond was also home when the severe storms hit Garland nearly three months ago. Her home is destroyed. Windows were blown, roof ripped away, and part of her home was exposed.

Raymond is among neighbors on Murray Drive concerned about Friday’s forecast.

Several neighbors admit they are worried, knowing meteorologists are predicting the possibility of severe storms, including a chance of tornadoes, large hail, strong winds, and flash flooding hitting parts of North Texas.

Neighbors in Garland are urging others to stay updated on weather alerts.

The Governor’s office is encouraging Texans to follow these safety tips: