Videos from across the Gulf Coast show the impact of Imelda. 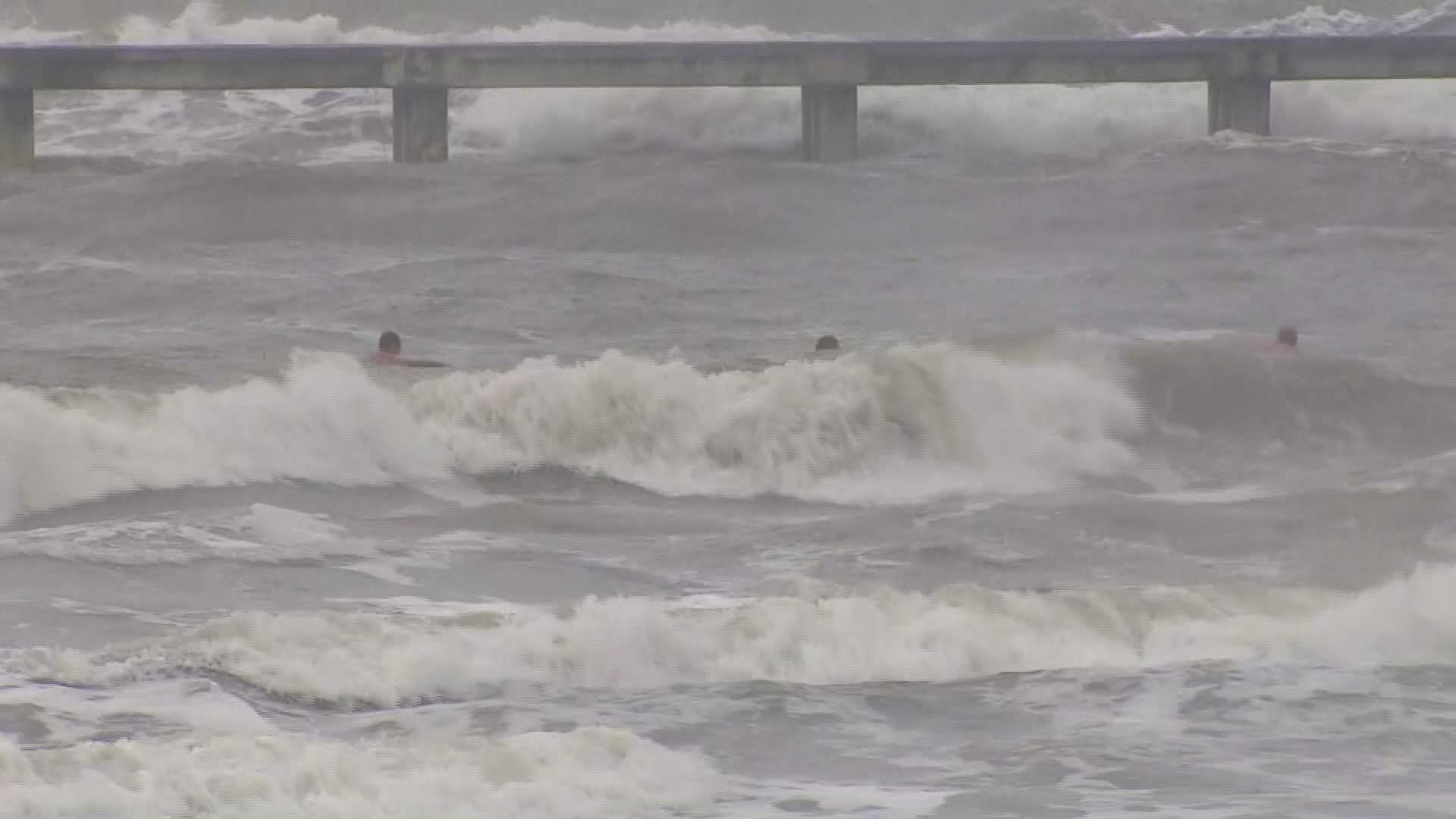 HOUSTON — Imelda made landfall as a tropical storm in Freeport Tuesday afternoon and it's expected to hover over The Greater Houston Area for a couple of days.

The storm is "likely to produce life-threatening flash flooding along portions of the Upper Texas Coast, including the Houston and Galveston areas," according to the National Hurricane Center.

Videos from across the Gulf Coast show the impact of the storm.

Above, you can see surfers braving the waves off the coast of Galveston Island.

DOWNLOAD OUR NEW APP:  To stay weather aware and get the latest alerts, tap here

The heavy rain also brought choppy waters to the Kemah Boardwalk -- seen below:

The wind was whipping in San Leon on Tuesday as Tropical Storm Imelda moved inland.  The storm quickly grew  in strength throughout the day before making landfall.

Did you shoot photos or videos as the storm moved in?  Post them to our Facebook page.  But don't put yourself in harm's way to get the shot!

MAPS: Steer clear of these flood-prone spots in Houston