The Ike Dike | Here's what it is

The coastal barrier would include walls, levees and pumps along the coast, as well as gates that could block off the Ship Channel, all to stop hurricane storm surge. 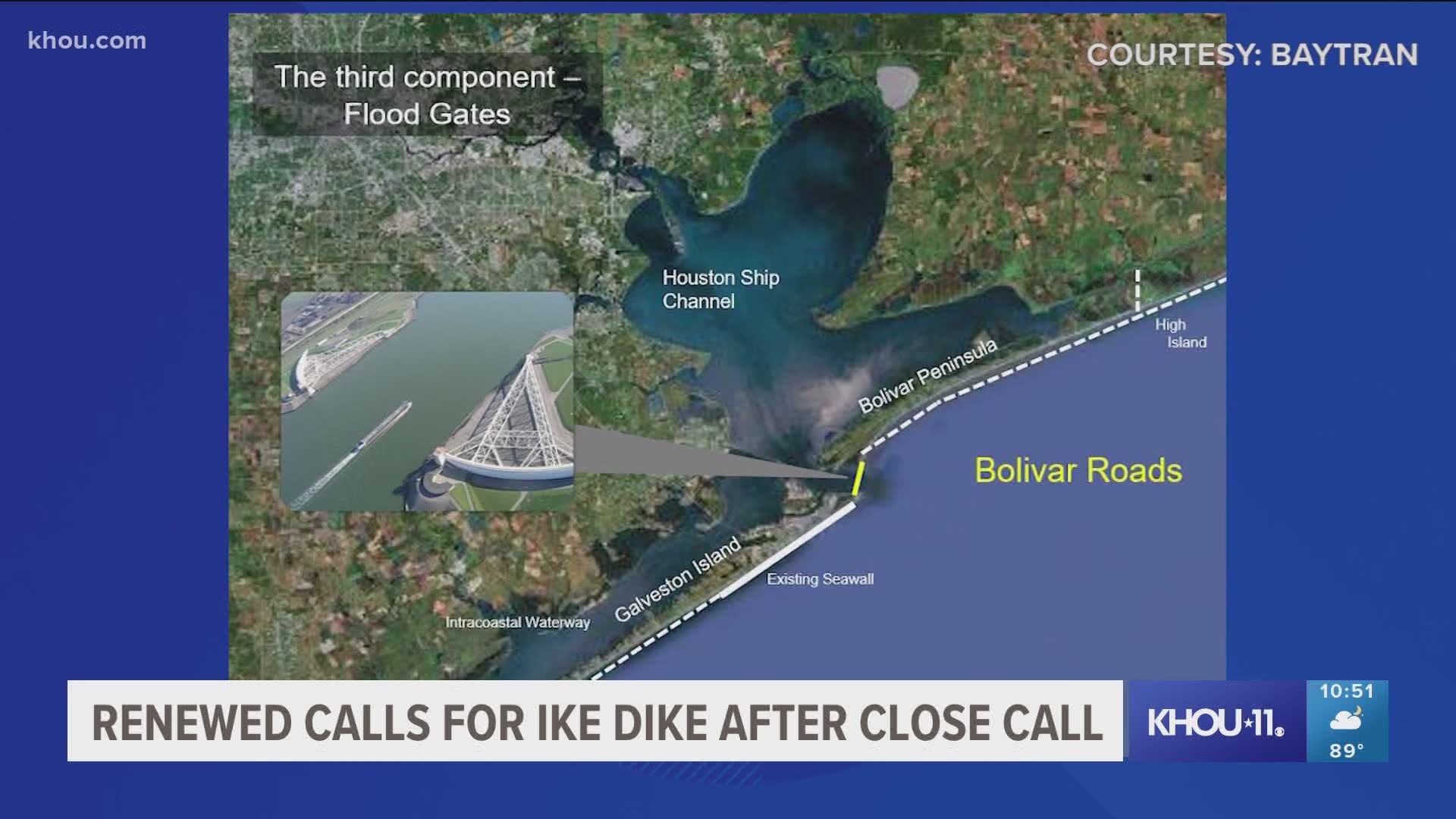 GALVESTON COUNTY, Texas — Build the Ike Dike. Houston’s close call with Hurricane Laura once again has politicians calling on construction to begin on the project.

At separate press conferences on Thursday, both Sen. John Cornyn and Harris County Judge Lina Hidalgo mentioned the importance of building the so called “coastal spine."

The Ike Dike would be a barrier to protect Houston-Galveston from dangerous and costly hurricane storm surge. The project, proposed in 2011, three years after Hurricane Ike, would extend Galveston’s seawall, add levees and pumps along the coast and build gates that could close off the Ship Channel, not only protecting people and property, but the petrochemical plants that could cause an environmental disaster.

It was conceived by Professor Bill Merrell of Texas A&M University at Galveston.

Build the Ike Dike. Houston’s close call with Hurricane Laura once again has politicians calling on construction to begin on the project. What is it? What does it cost? Why the delay? Breaking it all down at 10 on #KHOU11

Dietrich von Biedenfeld, an assistant professor in UHD's Marilyn Davies College of Business, says the project could cost between $32 to $38 billion. However, he points out projections of a direct hit from a category 4 hurricane are estimated to cost roughly $100 billion.

“While we are hoping to receive a majority of funds from the federal government, there is a high probability that even a quarter to 50 percent of this project would need to be funded from local dollars.”

Which is one reason construction hasn’t begun yet, although the Army Corp of Engineers has signed off on it. Those against the project worry about the tax-payer burden, eminent domain and the environmental impacts.

Bidenfeld says the project could take 3 to 10 years or longer, once and if funds are secured.