There are multiple reports of tornados touching down in NW Harris County.Several people shot video of a tornado near Barker Cypress and West Road, including KHOU 11 News viewer Cassidy Lee. 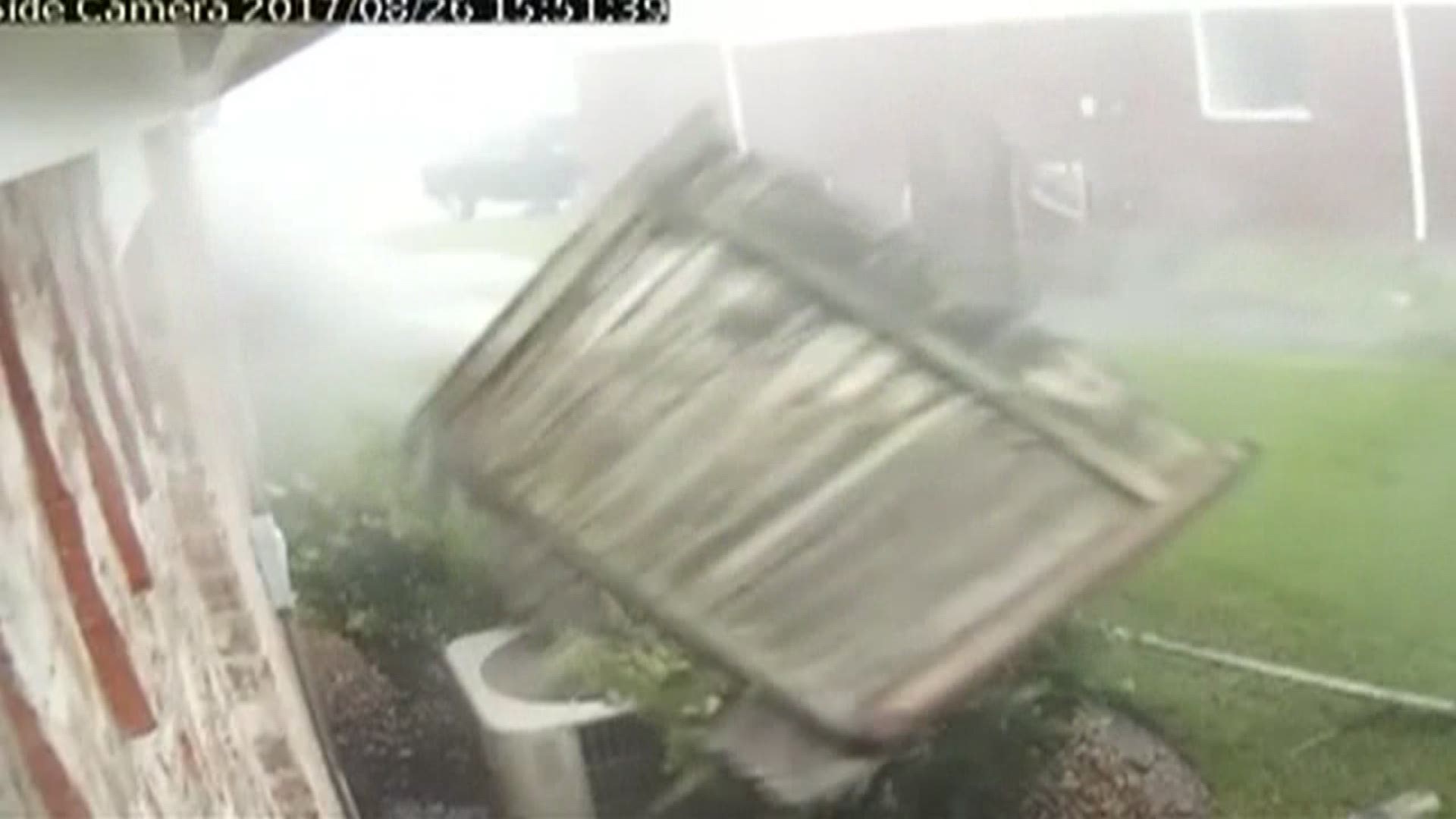 There are multiple reports of tornados touching down in NW Harris County Saturday evening. It's possible one tornado touched down four times as it skipped across the Cypress area.

Harris County Sheriff Ed Gonzalez said several homes in the Lone Oak Subdivision near the Berry Center are damaged. He said there is also damage in the Black Horse Ranch area.

Dale Farmer was watching KHOU 11 News storm coverage in the Lone Oak subdivision when we reported on a tornado near the Berry Center. He went outside to look up at the sky.

"All of a sudden, I saw the tornado coming. I could actually see the funnel and everything twisting," Farmer said.

It was headed right for him. 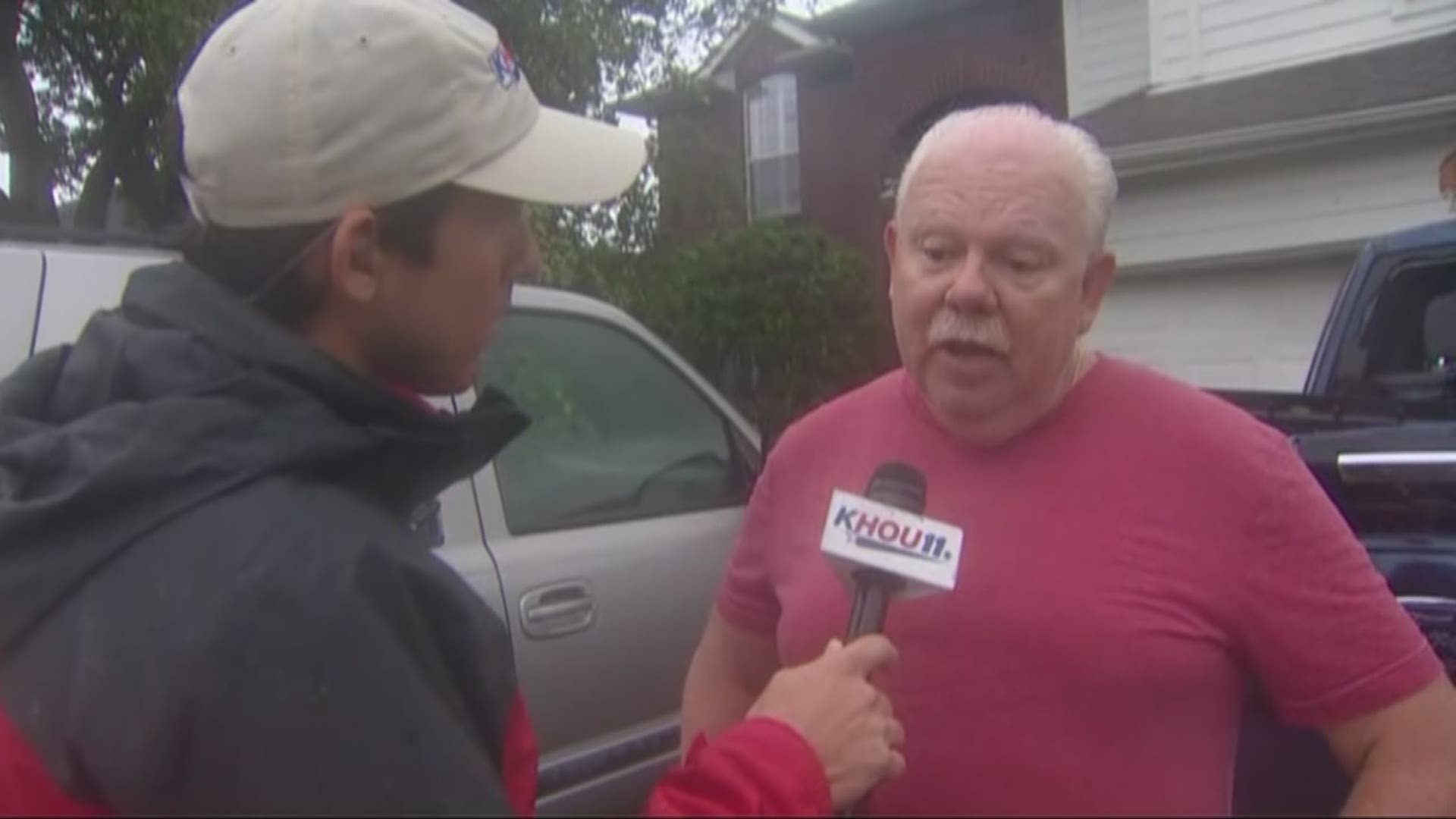 "I ran back into the closet where my wife and stepdaughter and grandson was at and I told them 'It's coming our way,'" Farmer said.

He heard the roaring sound of the tornado passing between his house and his neighbor's.

"It just roared right through and it sounded like a freight train."

The powerful tornado blew out windows in his house and picked up a tree that damaged bricks and his truck. But Farmer was grateful no one in his family or neighborhood was hurt. 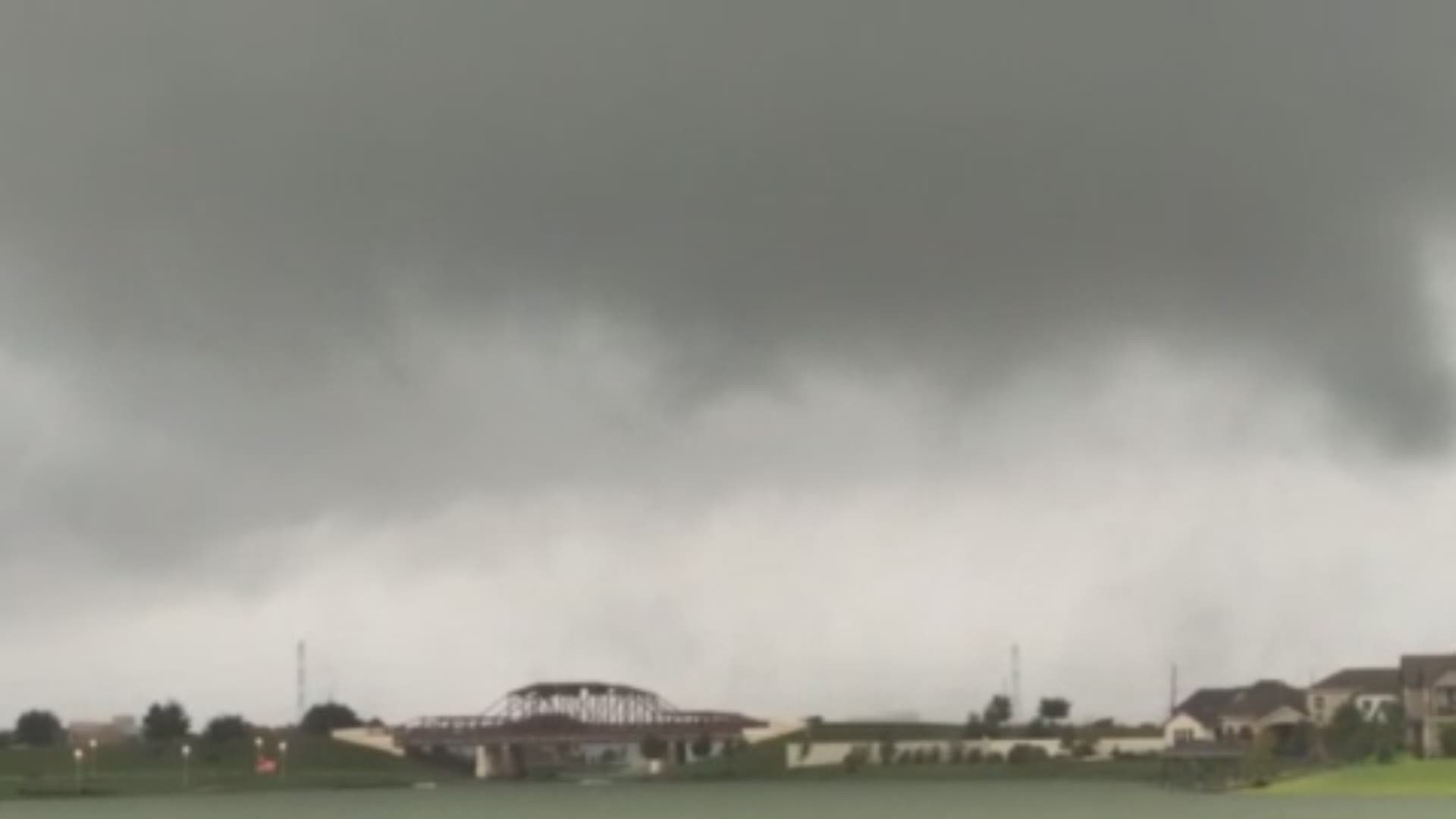 RELATED: What to do before, during and after a tornado 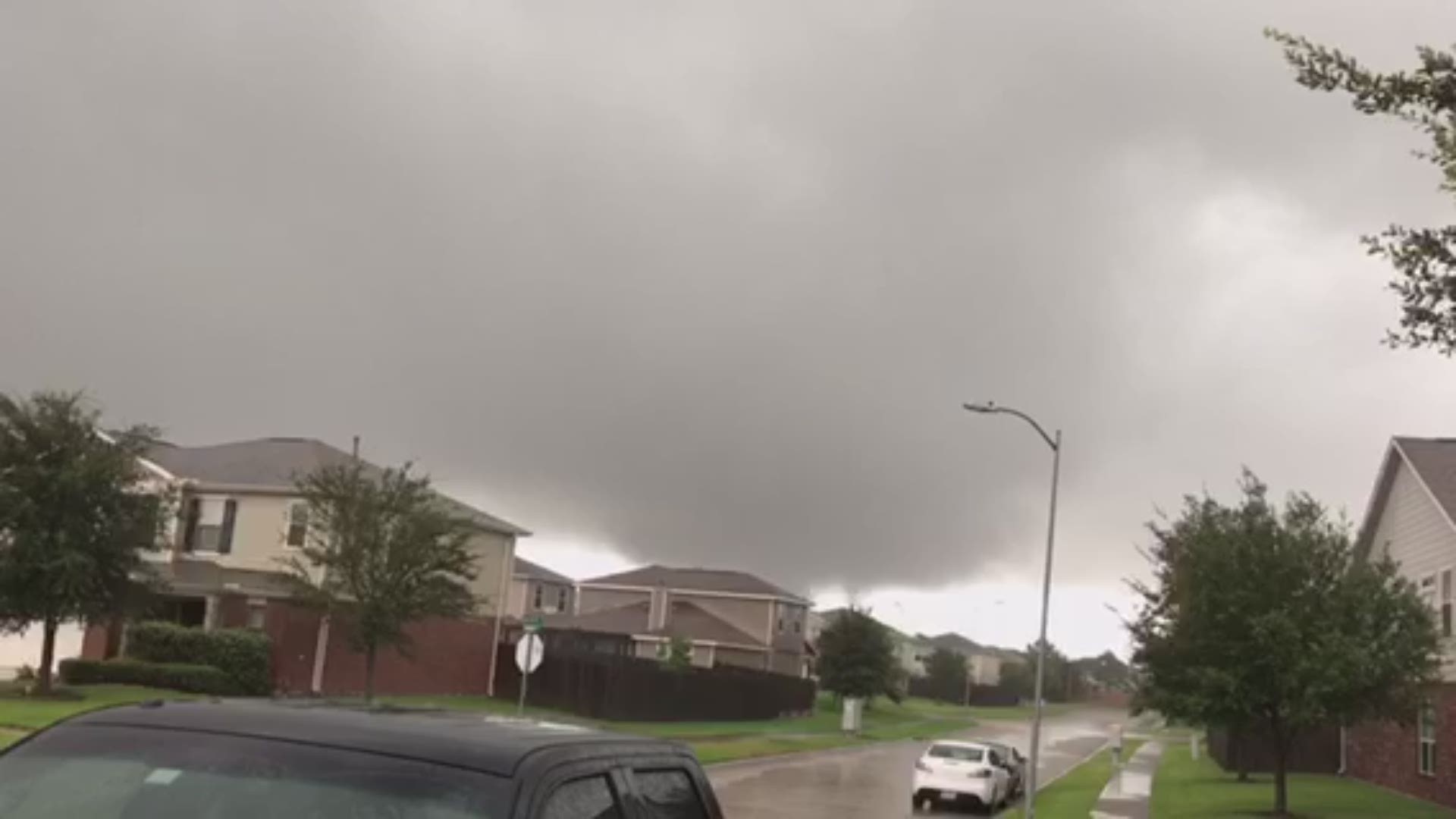 Kendall Haynes also shot video of a tornado touching down in Cypress.

It wasn't a tornado, but a fire that damaged Catherine's home in the Copper Lakes subdivision. Some electrical cords apparently caught fire in the middle of the storm.

"And my grandson came downstairs and there was smoke everywhere and he said 'Mimi, the house is on fire,'" Catherine said.

She and her grandson got out safely, along with two dogs, two cats and give kittens. Two kittens are unaccounted for and the house was badly damaged. Still, Catherine was grateful.

"I just have to smile about it cause God saved us," she said.

We're happy to report a neighbor found one of the missing kittens and returned it to Catherine. 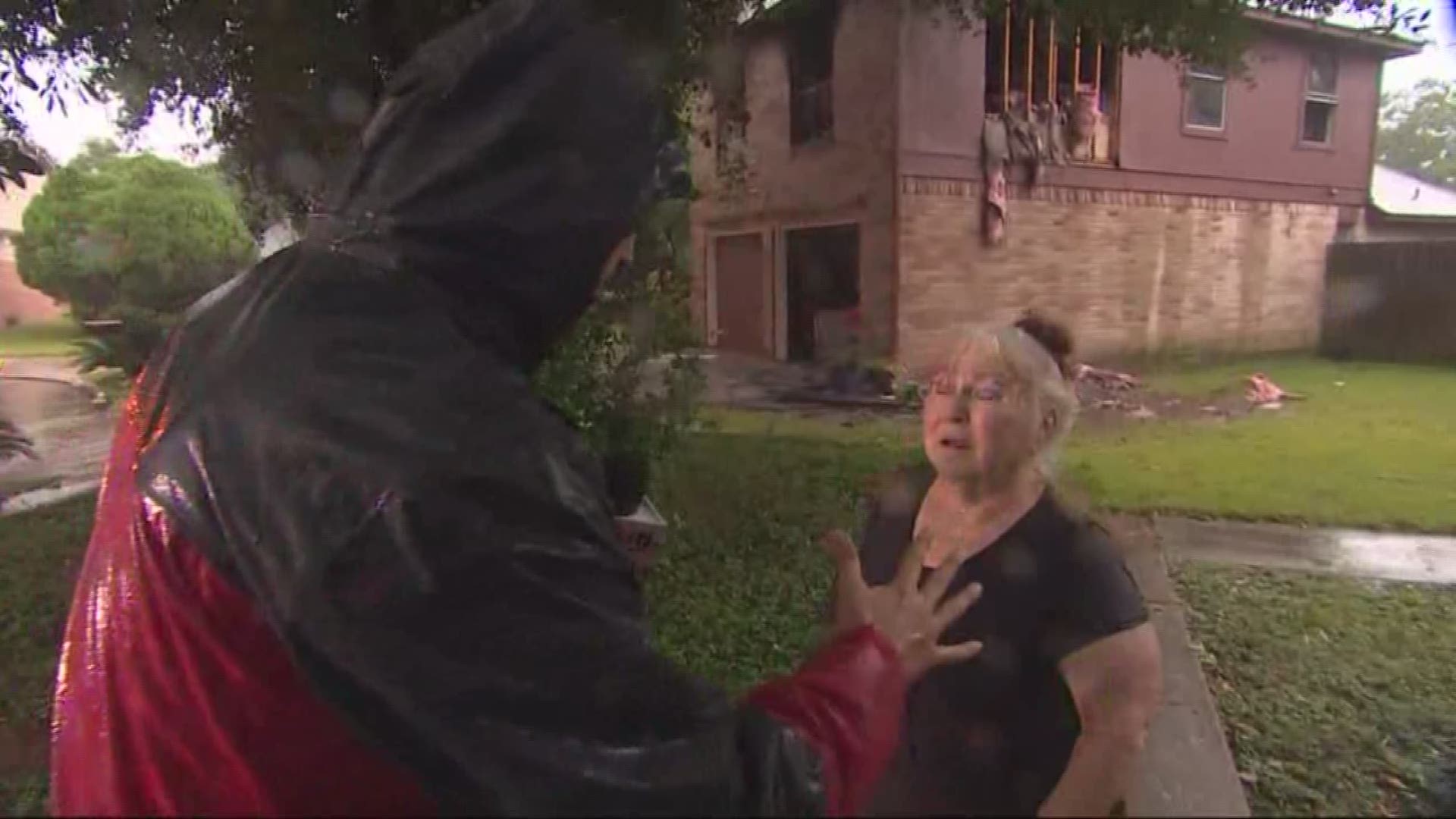