No exposure to dioxins was found. However, other chemicals did show up in the results that are found in things like personal care products. 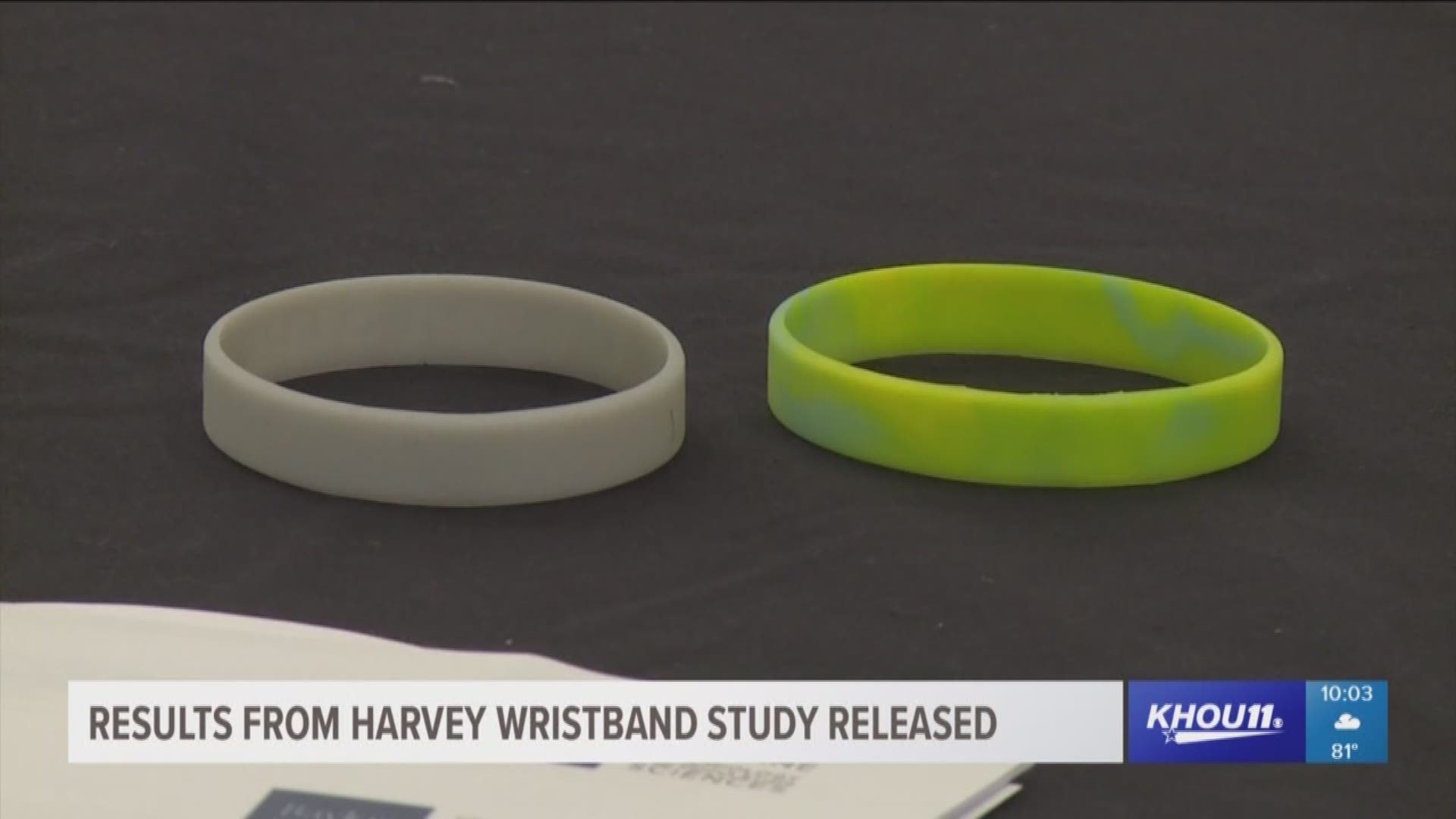 The results are in from a study done after Hurricane Harvey. It tracked chemical exposure through wristbands and it's the first of several studies conducted in the Houston area.

Residents wore the wristbands for a week and then they were shipped off to Oregon State University for testing.

No exposure to dioxins was found. However, other chemicals did show up in the results that are found in things like personal care products.

"I think this is a very creative approach to measuring chemical exposure," said Dr. Tom Teets, Assistant Professor of Chemistry at the University of Houston.

Teets says because many of the chemicals are not regulated by the government, it's hard to know what is considered harmful. "Everything will harm you at some level," he said. "The issue right now is you don't have a comparison study."

Anderson says her team does plan to retest participants 1 year after Harvey to track additional results.

Researchers plan to meet with participants to share individual results on Wednesday, June 20 at 6:30 p.m. in the Highlands Community Center.

You can view the study in its entirety here: