"We've had about a 17 percent increase so far in the month of may for deliveries," says one hospital official. 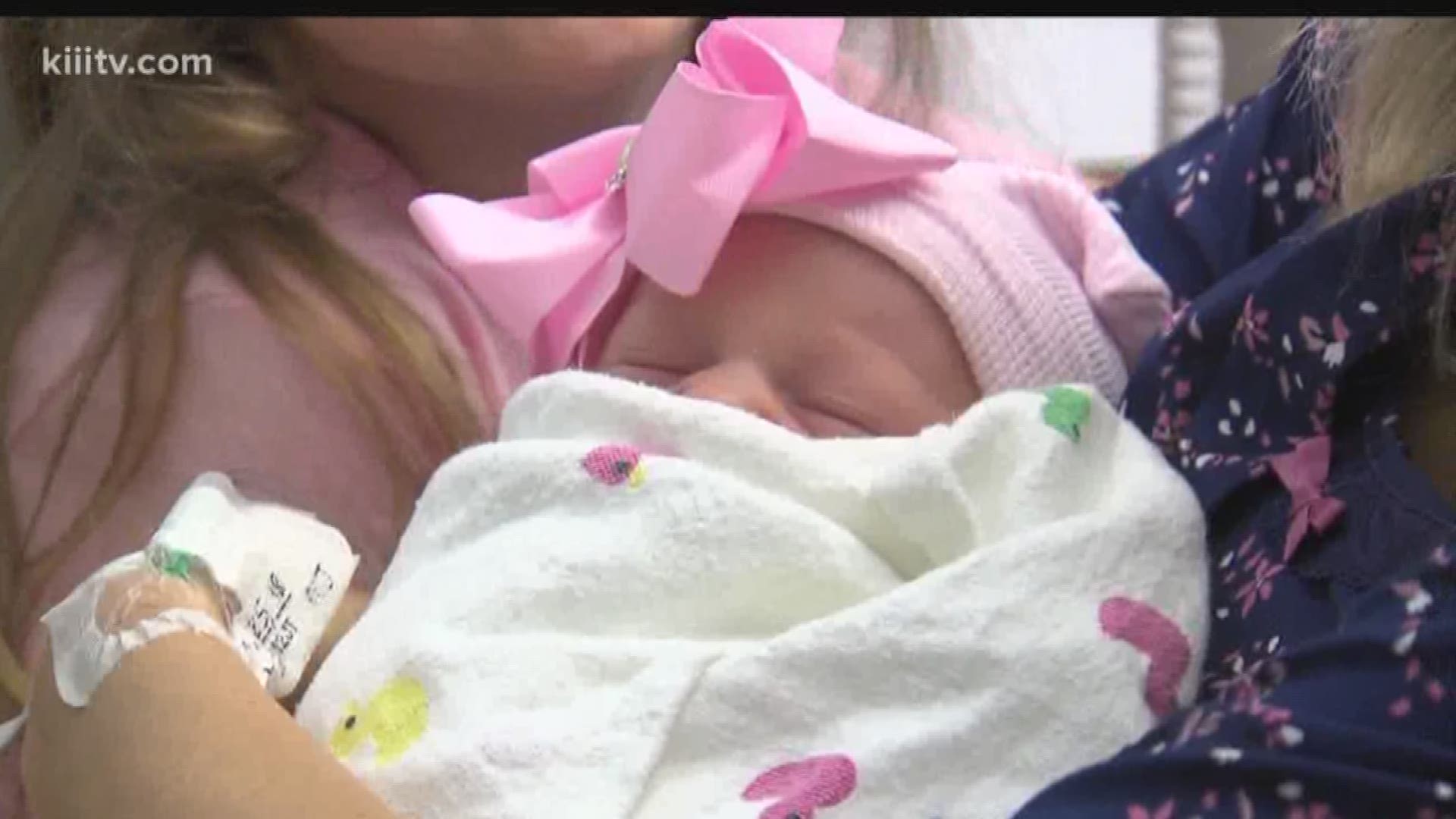 It could have brought people closer together in more ways than one.

Nine months after Harvey, some Corpus hospitals have noticed a spike in baby deliveries.

1 / 67
KHOU 11 viewer
Whether they were born during the hurricane or 9 months later, these Harvey babies are capturing our hearts. Send us photos of your Harvey baby to photos@khou.com.

From the destruction came a blessing in disguise for the Sellers family.

"She was six pounds 11 ounces and 20 inches," mom Stacey Sellers described her newborn.

Baby eve was one of many new bundles of joy welcomed at the Corpus Christi Medical Center in May.

"We've had about a 17 percent increase so far in the month of may for deliveries," Liberty King, Director of Women's and Neonatal Services," said.

King said that's about 50 to 60 more deliveries than normal.

Stacey Sellers evacuated during Hurricane Harvey while her husband had to work.

"I stayed behind and she came back after the majority of the town had power again.," Brandon Sellers said.

And their reunion was more than they anticipated.

A far cry from August 2017 when coastal bend hospitals had to evacuate to San Antonio and further north.

"Last year we transported 15 babies outside of our NICU," King said.

And for many who stuck through the storm, they took comfort in one another not knowing what the future held.

"Anytime people get nervous," King said. "I think they start spending more time together. Well it can lead to an increase in family size."

But it's safe to say something good came from Hurricane Harvey in the form of tiny hands and feet.