Debris from Harvey still being removed from Lake Houston

The city of Houston is taking action to clean up Lake Houston. Crews have been removing debris that settled at the lake during Harvey 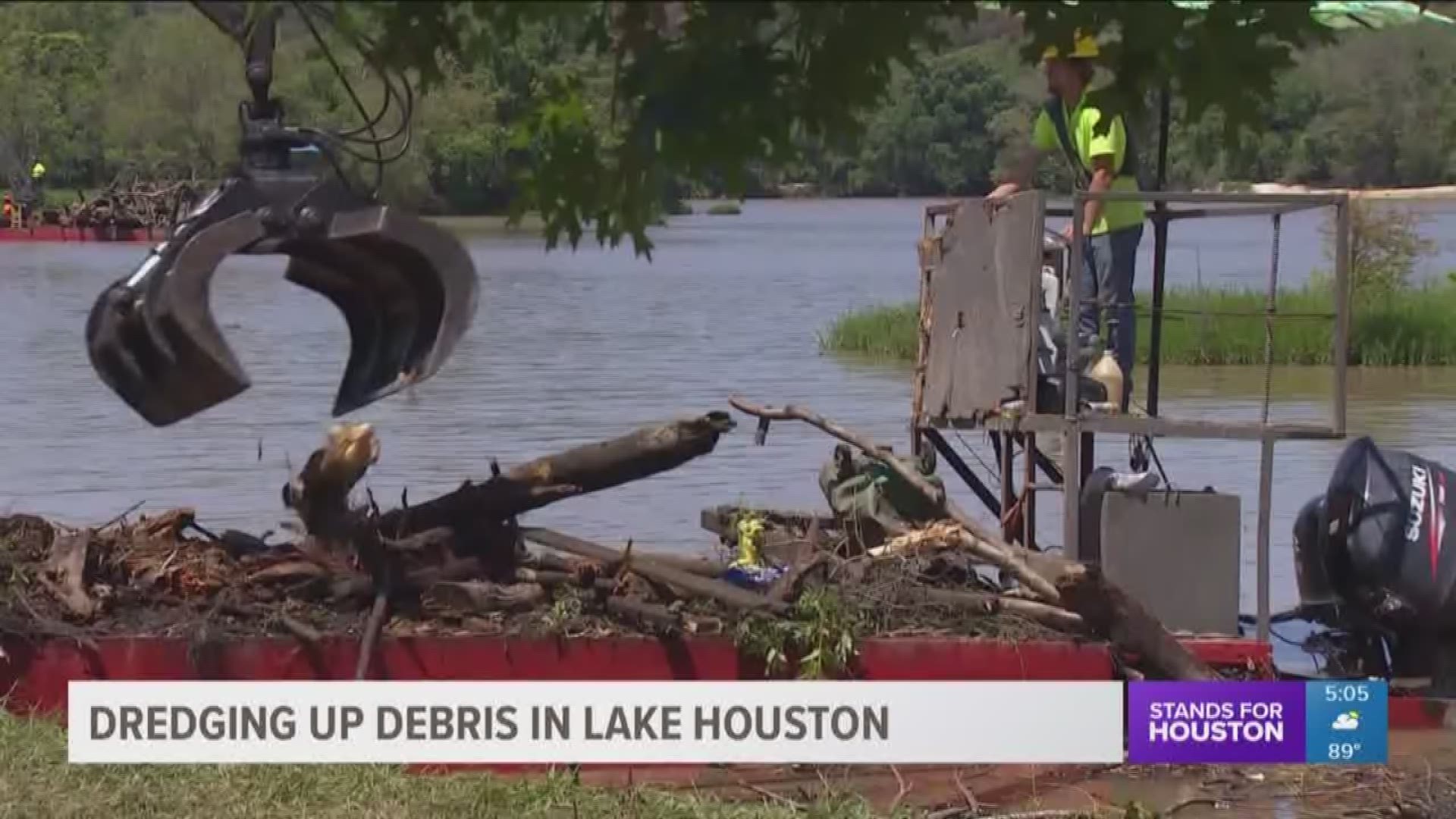 HUFFMAN, Texas - The impact of Harvey continues to be felt almost a year after the hurricane hit.

At Lake Houston, tons of debris from the storm settled in the lake, creating new flood hazards for those who live nearby.

The city of Houston is taking action to clean it up.

Work began in May to remove the debris from Harvey.

The debris is made up of giant logs, trees and even trash from homes that were damaged.

It all washed into the water, changing the landscape of the lake.

A day on the water at Lake Houston is not what is used to be.

A Houston Police officer who patrols the lake said every time it rains, officers have to relearn where to go and where not to go.

That’s because below the surface lies tons of Harvey debris.

Houston Mayor Sylvester Turner said debris on land and debris on the water is the same.

Crews have been removing up debris nonstop.

“If there was any question about whether or not there’s debris out there, let me tell you on a daily basis since May we’ve been removing about 1,000 to 2,000 cubic yards,” the mayor said.

“Every time it rains, people in this area are worried about the capacity of the lake and additional water coming into our lake and flooding our homes again,” Martin said.

FEMA will pay 90 percent of the Harvey debris removal.

The rest will be paid for by the city and county.

Mayor Turner said this isn’t a one time job.

Also, he said the lake’s capacity has been reduced by up to 30 percent.

However, the mayor believes the continued removal of debris can help reverse that.

“The reality is every time it floods things will wash into the area and you’re going to run the risk of losing capacity," Turner said. "So there has to be a systematic maintenance schedule in order to protect people in this area."

The removal project is expected to last up to five months.