What is a HESCO basket?

WWL-TV has mentioned them several times in our storm coverage, but what are they? 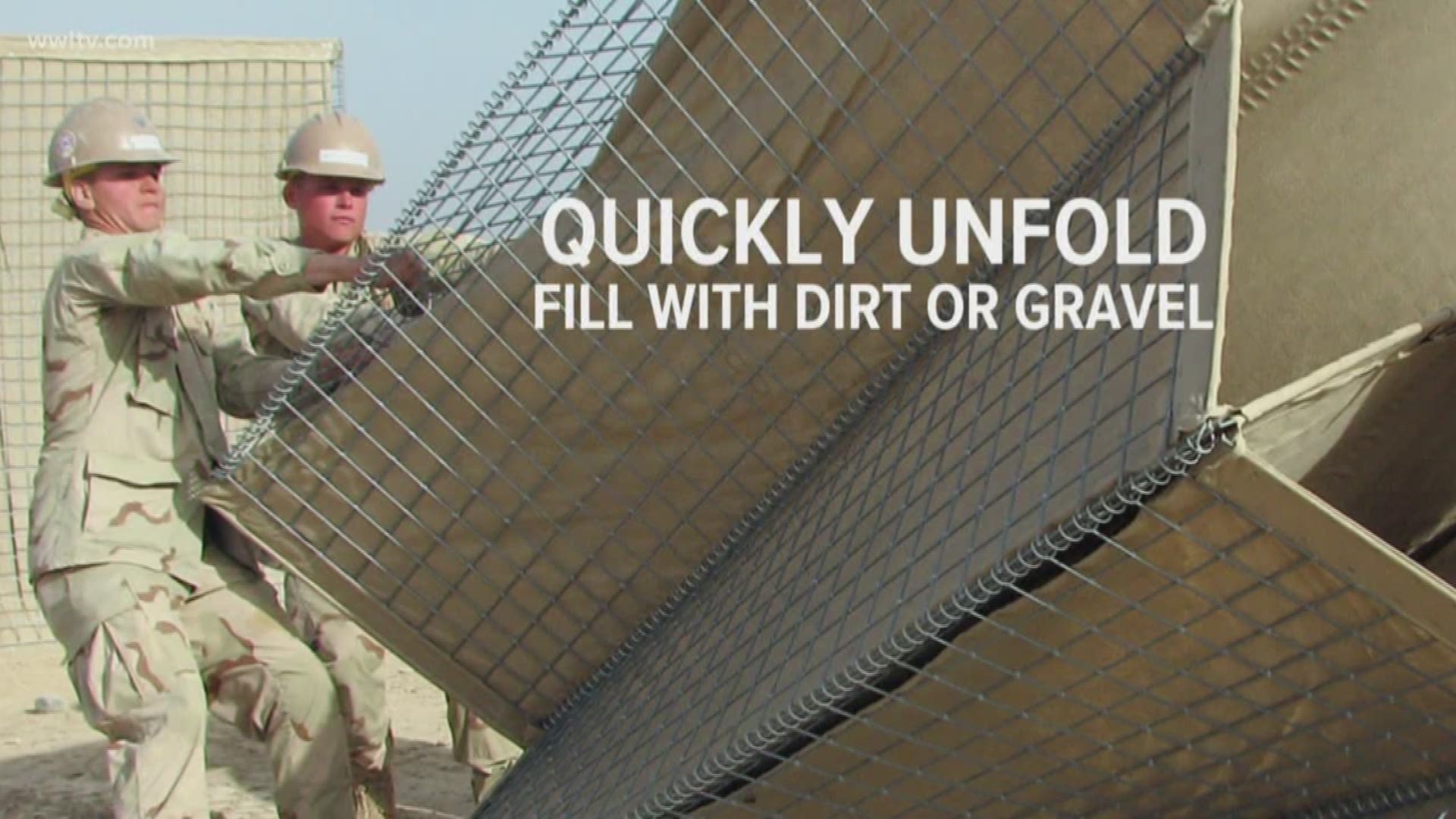 NEW ORLEANS — As Tropical Storm Barry lumbers slowly to the coast of Louisiana, visible preparations to fortify against rising water are underway.

That includes the set-up of giant HESCO baskets.

WWL-TV has mentioned them several times in our storm coverage, but what are they?

They're basically giant, reinforced sandbags that can be used to build a wall.

They were developed by a British company in the 80's as protective, bulletproof barriers for the military. But now, there's a facility in Hammond that makes them.

The baskets are made up of a metal cage that can fold up flat for shipping. They're about 3.5 feet tall, and the sides are lined with a tarp to hold dirt or gravel.

They can be unfolded, set up, and quickly filled by a bulldozer to create temporary levees.

They've been used here since Hurricane Katrina to defend against storm surge. They've also been used to control river flooding, and the Army Corps of Engineers is using them right now to shore up trouble spots.

The company says a crew using HESCO baskets can set up a wall in 1 hour when it would take a crew with regular sandbags 10 hours.

The Louisiana coast is bracing for Tropical Storm Barry, which is currently on track to remain a strong tropical storm or a weak category 1 hurricane when it makes landfall this weekend.

LIVE UPDATES: Tropical Storm Barry might not become a hurricane at landfall