The voluntary evacuation in parts of the city of Galveston goes into effect at 10 a.m. 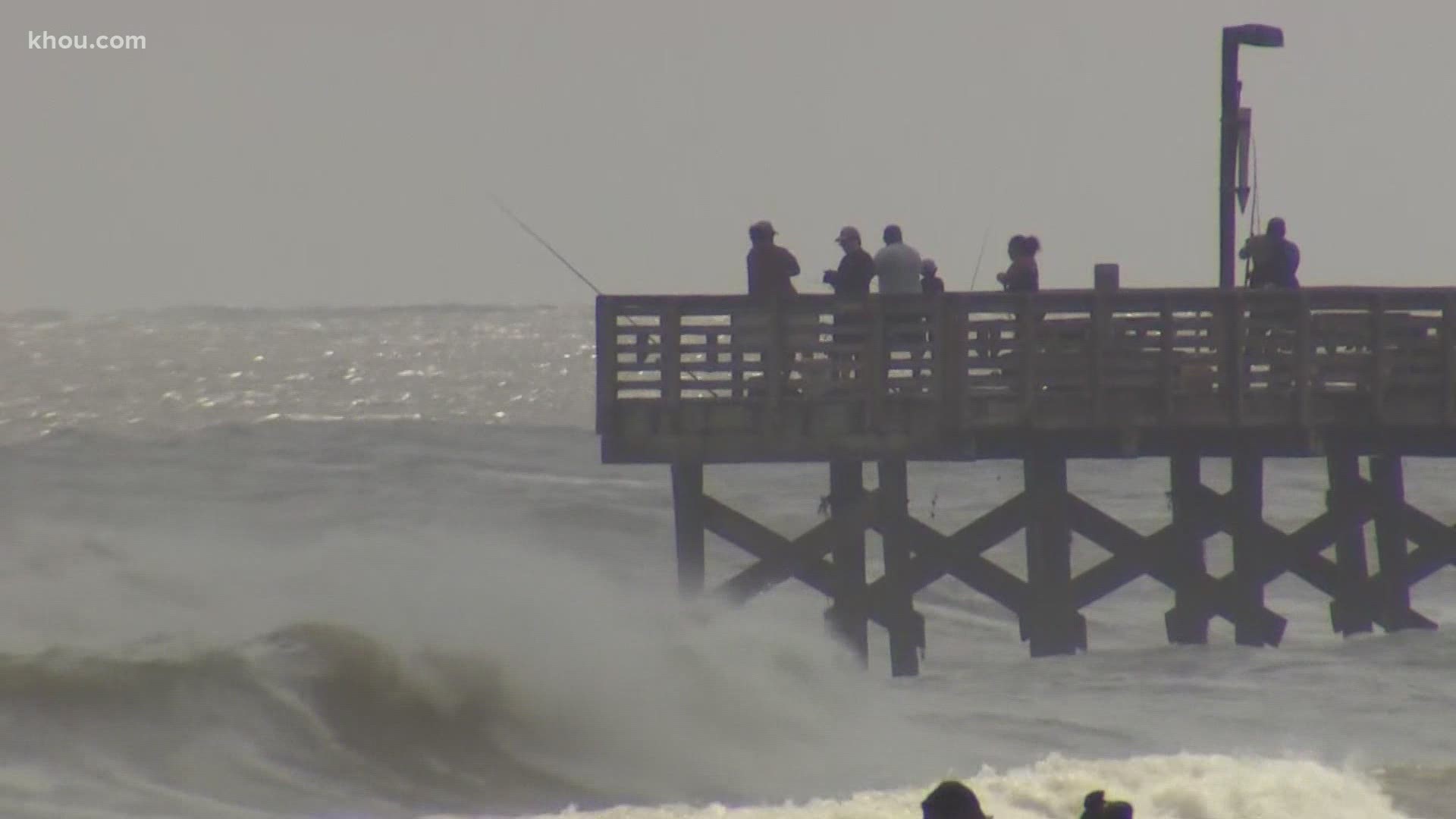 GALVESTON, Texas — The city of Galveston has issued a voluntary evacuation for parts of the island as Tropical Storm Beta moves closer to Texas.

Mayor Pro Tem Craig Brown issued the voluntary evacuation for the West End (west of the Seawall) and low-lying areas of the island in response to the high tides and rainfall expected.

The voluntary evacuation went into effect at 10 a.m. Saturday,

Saturday evening, the Galveston ferry announced that they will not be carrying vehicles from Galveston to Bolivar. However, they are still bringing vehicles/ passengers from Bolivar to Galveston.

Galveston Ferry services were suspended early Sunday due to high tide conditions. City officials continue to monitor weather conditions, and they said service will resume as soon as possible.

Below is the press release issued by the city:

City of Galveston Mayor Pro Tem Craig Brown has issued a voluntary evacuation of the West End (west of the Seawall) and low-lying areas of the island in response to the high tides and rainfall expected from Tropical Storm Beta. The voluntary evacuation will go into effect beginning 10 a.m. Saturday, September 19, 2020.

There is still a high degree of uncertainty regarding the track and strength of this storm, and residents should be aware changes could occur quickly. The latest National Weather Service forecast shows the storm tracking toward Matagorda Bay and then moving north along the Texas Coast.

Tropical Storm Beta, which will potentially strengthen into a Category 1 hurricane, is forecast to create tides six feet above mean low tide beginning Sunday night and continuing through Thursday, as well as up to 10” of rainfall over several days, according to the National Weather Service. This tide level would create impassable roads, particularly along the West End and low-lying areas.

Given these conditions, the City of Galveston has determined it is in the best interest of residents to issue a voluntary evacuation of the west end and low-lying areas. Additionally, if you do not live or work in Galveston, we urge you to return to your home.

Residents who live in low-lying areas of Galveston that regularly experience flooding during storms may also consider moving to higher areas, particularly if residents have medical conditions with a higher likelihood of requiring emergency services. The City of Galveston makes every attempt to provide emergency assistance during storms, but impassable roads may inhibit our ability to provide service.

Please be aware that elevated tides, particularly during rain storms, will also inhibit drainage, which exacerbates street flooding. The City of Galveston continues its preparation for high tides and rain by running our storm management drainage plans. We encourage residents to properly dispose of any items in their yard that could blow or float into drains, such as tree limbs or yard brush.