Dozens of people donated almost $1,000 to help pay to deliver the ice cream to the utility workers. 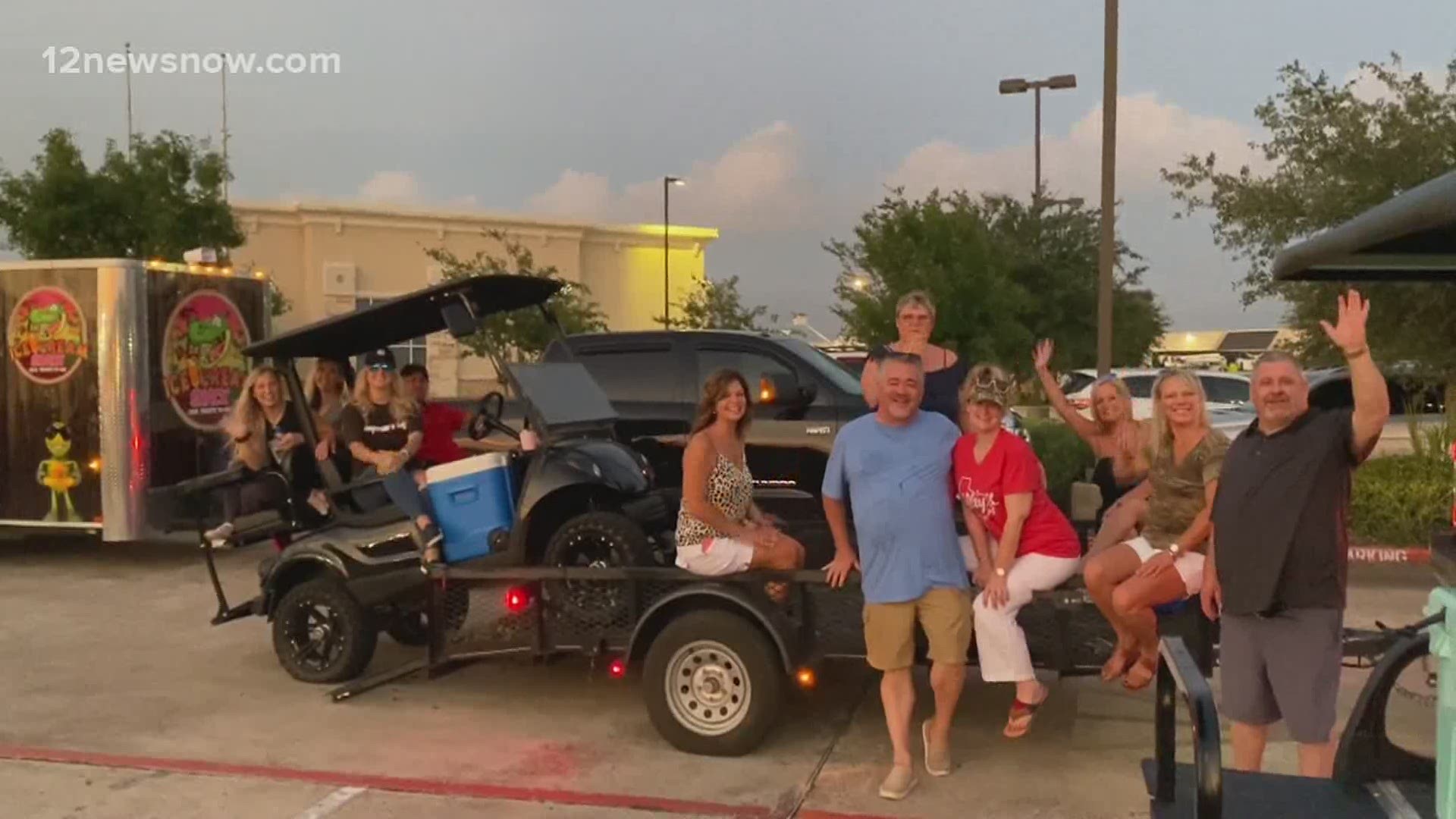 James McNutt and his friends at the Ice Cream Shack passed out ice cream to the rows and rows of power truck lineman parked all around Central Mall in Port Arthur for a couple of hours Aug. 30.

The Ice Cream Shack, based out of Bridge City, usually serves events and parties across Southeast Texas.

"We decided we were gonna come out here and thank the linesman for all the work they're doing getting everybody back on electricity," McNutt said. "It's so hot outside, we decided the best thing we could do is just bring them a bunch of ice cream."

McNutt asked the other volunteers what was the most popular ice cream flavor of the day.

"Anything that was cold!" they said.

Dozens of people donated to help pay to deliver the ice cream to the utility workers.

"We took in almost $1,000 in donations from people on Facebook offering to help pay for the ice cream," he said. "It was really a big community event, it wasn't just us, there was a lot more people involved in it."