While it's not coming to Texas, it IS a reminder that hurricane season is just a couple weeks away. 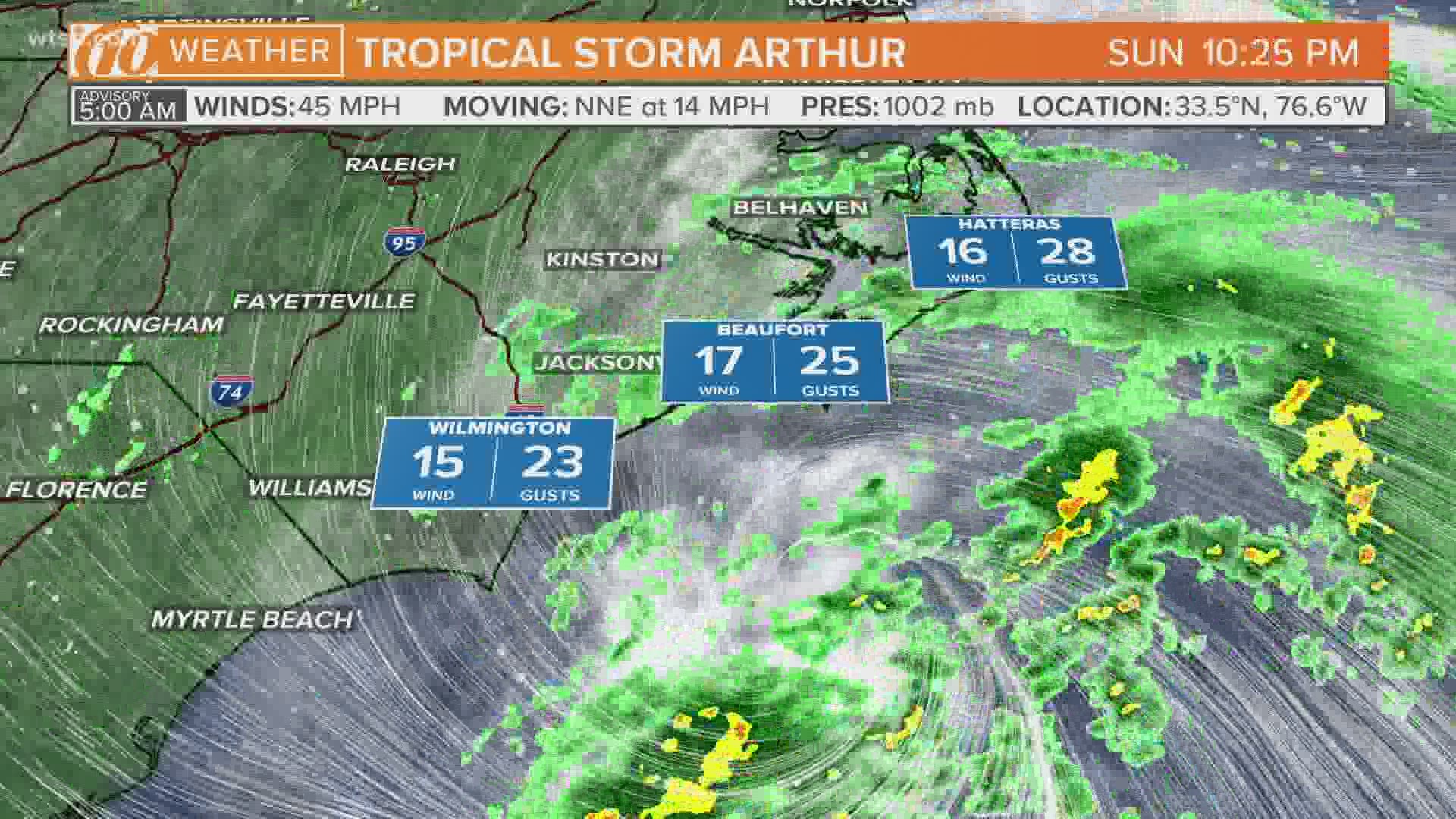 HOUSTON — Nearly two weeks before the official start of the 2020 Atlantic hurricane season, the first tropical storm continues its trek toward the Carolinas.

Tropical Storm Arthur is a 45-mph storm located about 210 miles south-southwest of Cape Hatteras, North Carolina, according to the latest advisory from the National Hurricane Center. It is moving north-northeast at 10 mph.

Its minimum central pressure, an indication of the storm's strength, is 1003 mb. An Air Force reconnaissance aircraft found the storm slightly strengthened Sunday.

RELATED: 2020 Atlantic hurricane season might be busiest in 10 years

This area of disturbed weather has been monitored for about the past week or so for possible tropical development. In the past couple of days, the system has become better organized and there has been an increase in showers and thunderstorms.

Hurricane Center forecasters Saturday afternoon officially designated the system Tropical Depression One before finding it strengthened to Tropical Storm Arthur. A storm with wind speeds in excess of 39 mph but less than 74 mph is considered a tropical storm.

Arthur is moving away from Florida, with its greatest impacts expected to be felt across North Carolina's coast through Monday.

As of Sunday evening, tropical storm warnings are in effect for parts of the North Carolina coastline from Surf City to Duck, North Carolina, and Pamlico and Albemarle Sounds.

The greatest impacts that will be felt across North Carolina's coast and the Outer Banks, including tropical-storm-force winds and heavy rainfall through Monday. Dangerous surf and rip currents will be ongoing for the next couple of days, as well.

With Arthur named, it is the sixth year in a row that there has been a named tropical system prior to the official June 1 start of the Atlantic hurricane season. Colorado State University meteorologist Philip Klotzbach points out there is no strong correlation between the date of the first-named storm compared to the rest of the hurricane season.

However, several projections of this upcoming season, including Colorado State University, Penn State University and AccuWeather, point to an above-average season largely because of warm sea surface temperatures and the lack of El Niño.

But remember: It only takes one hurricane to turn an otherwise quiet season into one for the history books, so be prepared.