What is storm surge and why is it so dangerous?

NHC officials explain that a storm surge happens when water is being pushed toward the shore by the force of the winds moving cyclonically around the storm. 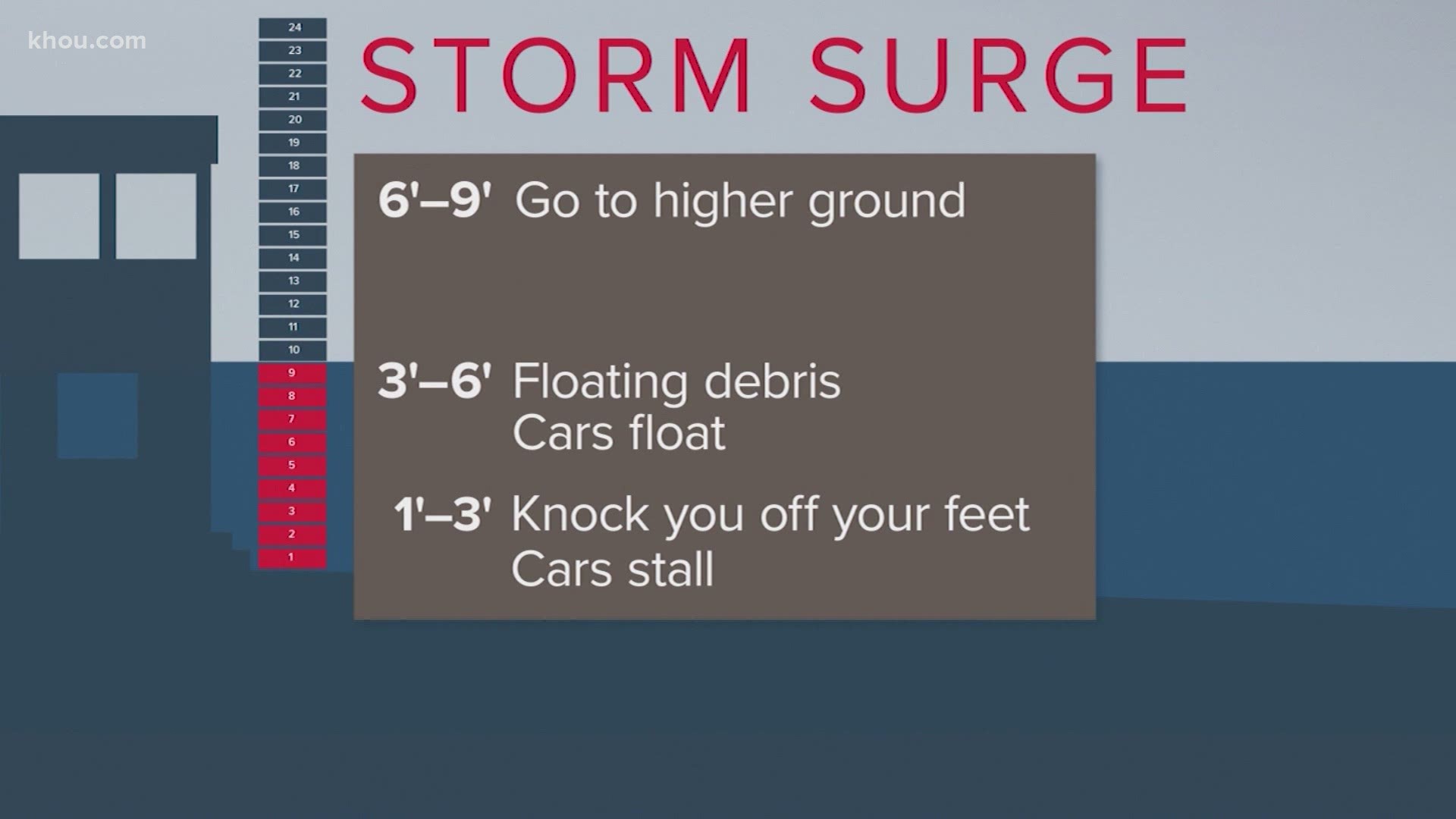 HOUSTON — Storm surge is often the greatest danger to coastal residents and their homes during a hurricane, according to the National Hurricane Center.

But what exactly is storm surge, and what makes it so dangerous?

This rise in water can cause extreme flooding in coastal areas. NHC officials say this can be made even worse if it coincides with normal high tides.

The resulting surge in water level can reach 20 feet or more in some cases.

Hurricane officials said Hurricane Katrina is the prime example of how deadly and damaging storm surge can be. They attributed at least 1,500 deaths during Katrina as a result of storm surge, both directly and indirectly.

NHC officials explain that a storm surge happens when water is being pushed toward the shore by the force of the winds moving cyclonically around the storm.

The potential of a storm surge depends on several factors including storm intensity, forward speed, size, angle of approach to the coast, central pressure, and the shape and characteristics of coastal features such as bays and estuaries, according to the NHC.

The width and the slop of the continental shelf also factors into the storm surge with a shallow slope producing a greater storm surge versus a steep one.

The NHC said battering waves can also increase the damage caused by storm surge especially for buildings not specifically designed to withstand those forces.

The storm surge, along with waves and currents, can also severely damage marinas and boats in confined harbors.

The storm surge can also lead to erosion with cause damage to buildings and their foundations.

It is different than flash flooding, which the National Weather Service/NOAA describes as being caused by heavy or excessive rainfall in a short period of time, generally less than six hours.

That rainfall can cause rivers and streams to overflow, covering streets with several inches of water.

Flash floods can happen within minutes or a few hours of excessive rainfall.

Just six inches or water can stall your car, and 12 inches of water can sweep your car away.

Storm surge of the 1900 Galveston hurricane

The NHC said by the time the storm reached the Texas coast on Sept. 8 it was a Category 4 hurricane.

The storm was the deadliest weather disaster in United States history with 8 to 15 foot storm tides inundating Galveston Island, according to NHC.

The storm tides were said to be responsible for 8,000 deaths with $30 million in estimated property damaged.