They build shelters for refugees in camps all over the world. But when Hurricane Laura hit, they knew their supplies might be needed a little closer to home. 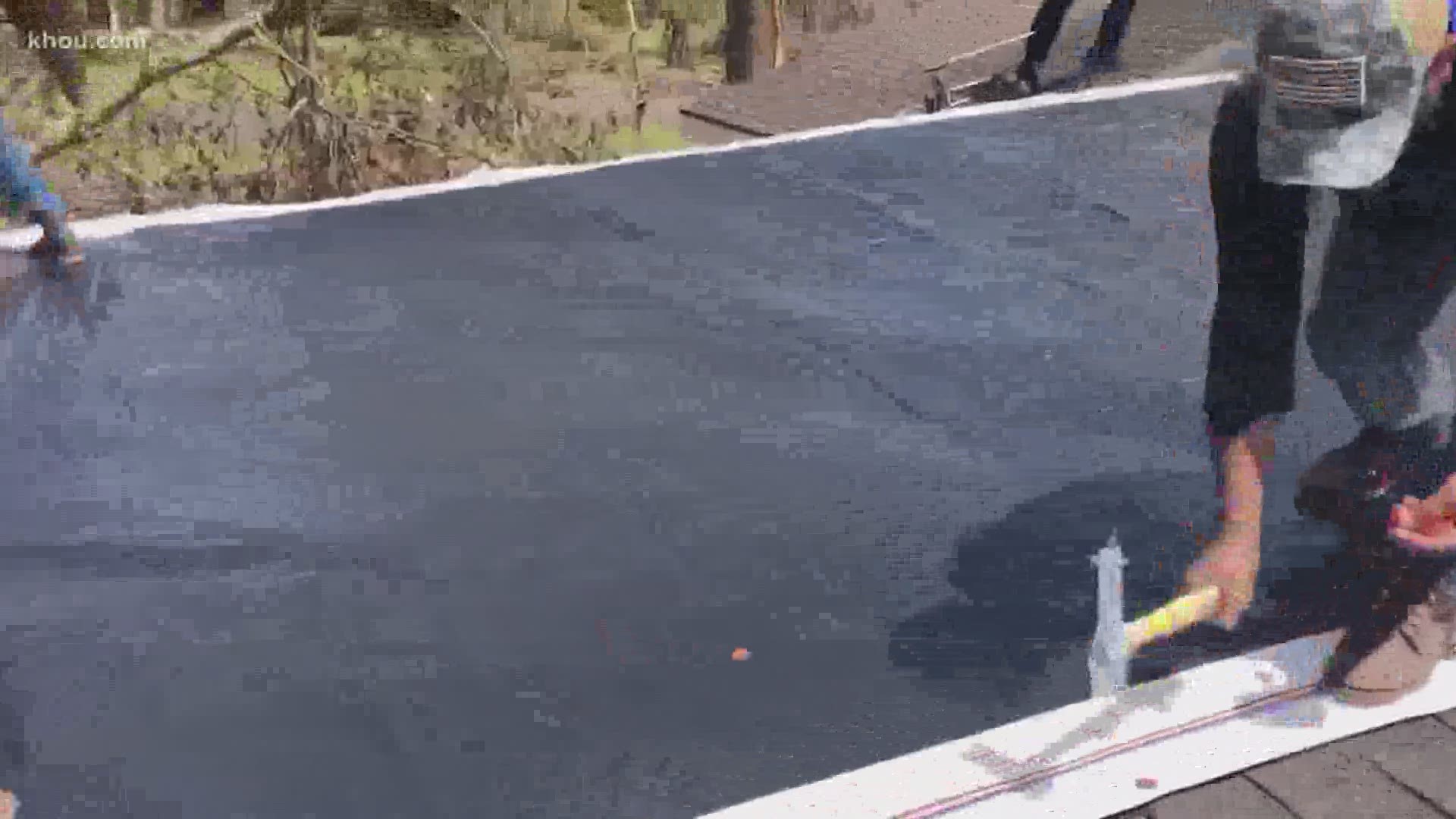 HOUSTON — It’s been just over a week since Hurricane Laura tore through Lake Charles, leaving behind massive devastation. Since then, Houstonians have been stepping up, doing what they can to help people get their homes back.

With each tarp and every tap, they're literally putting a roof over someone's head.

"The need especially in the Lake Charles area is enormous," said Scott Key,co-founder of the Houston non-profit Every Shelter.

Every Shelter builds shelters for refugees in camps all over the world.

“We focus on that setting. On average, those families will live 12 to 17 years camping if you can imagine that," Key said.

But when Laura hit, they knew their supplies might be needed a little closer to home.

“We know that often, one of the most common issues after a hurricane is significant roof damage," Key said.

But the large tarps they’re using, you may have seen them before. They’re recycled vinyls from billboards no longer needed.

“It’s actually really pretty incredible at tarping a roof because it's so large," Key said.

With over 3,000 vinyls, the nonprofit has taken them by the truckload to Lake Charles. And with the printed side down, the tarps are hammered onto each house.

“Many of the roofs that we saw got all the way down to the so you’ve got nothing that’s actually shedding water," Key said.

So thick and durable, they make an excellent temporary replacement for a roof.

“This vinyl really buys them a lot of time, likely several years just because of the thickness of this material," Key said.

It’s an advertisement, that in the midst of adversity, finds a new purpose in offering protection.

“There’s enough of this material to find a lot of useful second lives for it," Key said.