The new forecast cones are out, and Tropical Storm Marco has formed. 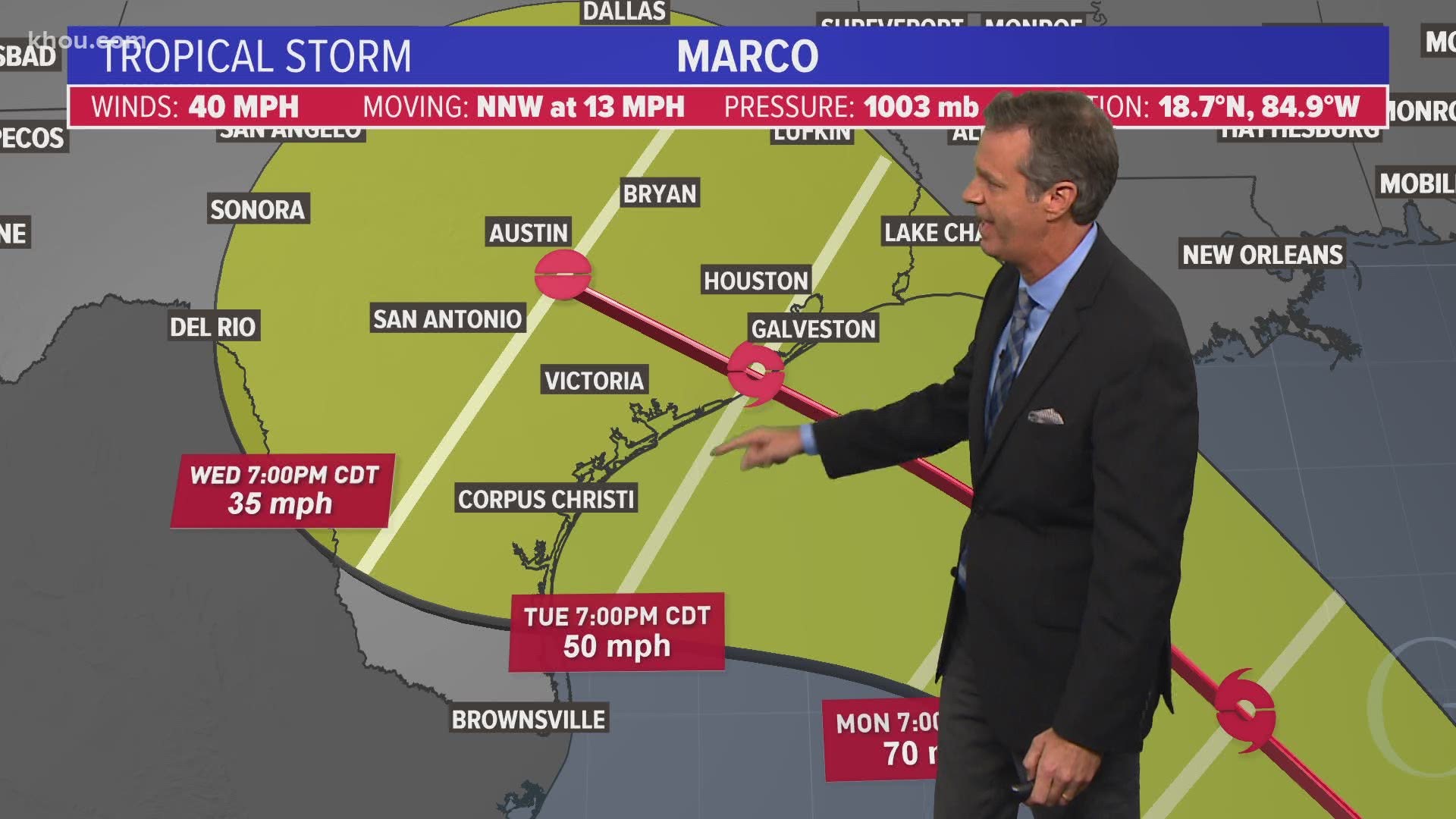 HOUSTON — We're reaching the peak of hurricane season and there are two systems the National Hurricane Center is keeping an eye on, and so are we. One is Tropical Storm Laura out in the Atlantic. The other is Tropical Storm Marco, which formed in the Caribbean Friday night.

Tropical storm conditions are expected for parts of the Northern Leeward Islands, the Virgin Islands and Puerto Rico from today through Saturday.  They’re also expected along the northern coasts of the Dominican Republic and Haiti Saturday and Sunday.

Heavy rain in those areas could cause mudslides and flash and urban flooding through Sunday.

On Sunday, tropical storm conditions are possible over parts of the southeastern Bahamas and the Turks and Caicos Islands.

The track remains uncertain, as does the intensity of Laura. Below is the latest forecast cone of Tropical Storm Laura.

Tropical Storm Marco formed Friday in the Caribbean. It's shifted further to the south. The storm is located at 17.7 North, 84.3 West. It's moving to the northwest at 13 miles per hour.

It's far too soon to know where the storm will go, but we are watching Tropical Storm Marco especially closely. It's expected to enter the Gulf early next week. Get the latest detailed tropics update here.

Tropical Storm Marco forecast to get back into the Gulf of Mexico and intensify into a hurricane before making landfall along the Gulf coast.

The current cone of uncertainty runs from the South Texas coastline all the way to eastern Louisiana. There is still considerable uncertainty with this storm, so stay with KHOU.com or download our mobile news app for the very latest track.

In a year that's seen everything from a global pandemic to murder hornets, now we have a possibility of not one but two hurricanes in Gulf waters at the same time.  Tropical Depression 13 was the first to become a named storm as Laura on Friday morning. Tropical Depression 14 will be Marco when it reaches storm status.  Could they merge in the Gulf?  It's possible. But not likely. Here's what to know about the Fujiwhara Effect.