Officials said the refugees should seek shelter in Texas cities that are not located along the Gulf Coast. 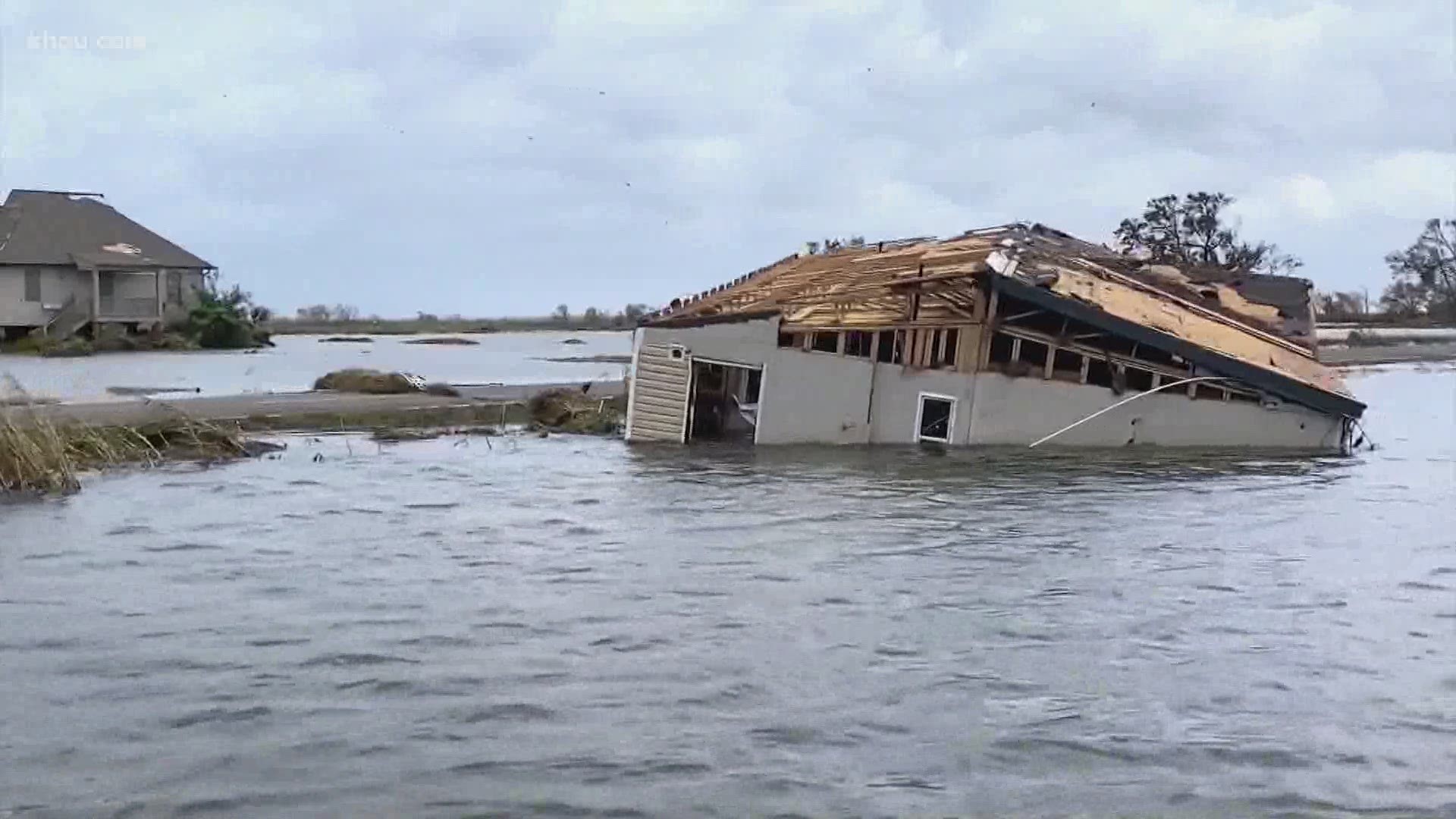 HOUSTON — Dozens of Hurricane Laura evacuees from Lake Charles have found themselves stranded in Houston after Laura ravaged their city last week. They say they have no place to go and they are not getting any help.

“This is our third or fourth hotel,” said Ruby Savoy as she held a small baby outside of a west Houston motel. “We have 20 to 25 family members with us. We have new-born babies. My sister has kids, we have kids all different ages and we’re all crammed up in two and three rooms because we’re running out of our savings.”

Savoy said they first evacuated from Lake Charles on Tuesday and went to Dallas. Then they came to Houston.

She said they lost everything: their homes, possessions and their jobs.

“I lost everything,” Savoy said. “We don’t know what else to do. It’s not safe to live in a house with a tree, and the ceiling is on the floor.”

Savoy said there aren't any hotels in Houston offering vouchers or shelter to the Hurricane Laura evacuees and there is no Red Cross shelter either.

KHOU contacted the Texas Division of Emergency Management to find out what Louisiana evacuees who have found themselves in Texas are supposed to do. A spokesperson at TDEM said evacuees will not find shelter or hotels in Houston. He said they are directing evacuees to avoid cities along the Gulf Coast and advising them to seek resources in cities like San Antonio, Austin and Dallas, where hotel vouchers for evacuees are available.

Hotel rooms in Houston and Gulf Coast cities will be needed in the event that a hurricane strikes the Texas Gulf Coast this hurricane season, according to TDEM.

“If we keep paying for rooms every day, we’re not going to have enough money to feed our kids or ourselves,” Savoy said.

For Savoy, another trip across Texas may soon be in the future.

The Red Cross also said it will reach out to the family to offer help while they are still in Houston.