The videos show the wide path of damage caused by the storm, from trees and power lines down to flooding and storm surge. 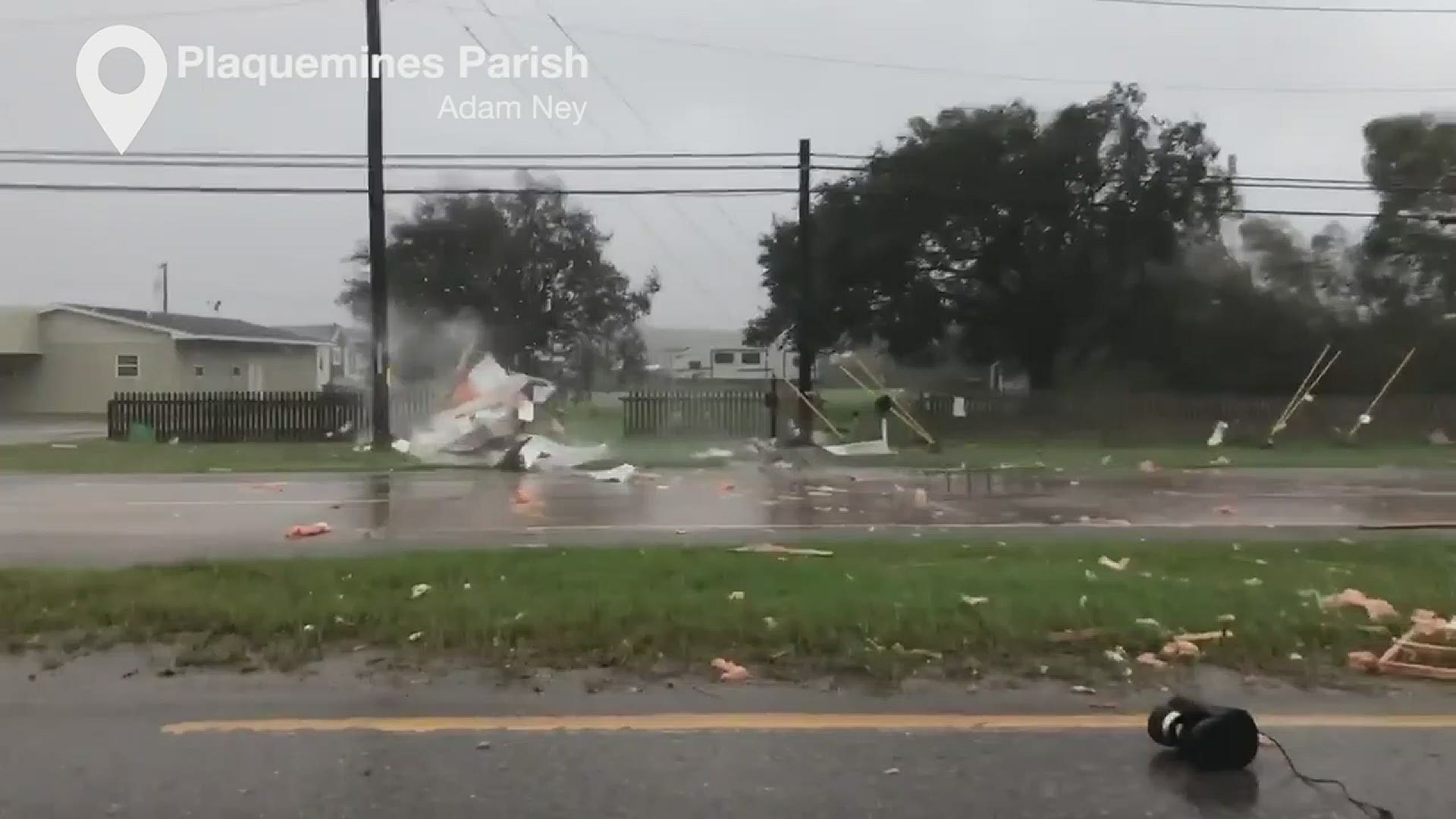 NEW ORLEANS — As WWL-TV reporters cover Hurricane Zeta across Southeast Louisiana, viewers have been sending in videos showing conditions in their neighborhoods.

The videos show the wide path of damage caused by the storm, from trees and power lines down to flooding and storm surge.

Zeta smashed into the Southeast Louisiana coast between Terrebonne and Lafourche parishes as a strong Category 2 hurricane, bringing with it sustained winds of up to 110 mph.

The storm's quick speed is preventing it from weakening over land, and it will likely keep hurricane strength well after it moves out of Louisiana. But that speed is also a partial blessing: the storm won't linger and dump inches of rain on the area.

Another, by WWL-TV's Paul Murphy shows the Katrina Memorial near Shell Beach in St. Bernard Parish.

The memorial in the video is partially obscured by rain, with dark clouds -- part of Zeta's front -- visible in the background.

In Metairie, the storm is damaging power lines, causing sparks to fly in the wind as they collide with trees. If you see a downed power line, do not approach, because it could be a live wire.

Conditions are deteriorating rapidly in areas such as Plaquemines Parish, where the eastern side of the storm is expected to bring some of the heaviest rain and winds.

This is not a time lapse video. The clouds are racing past us in lower Plaquemines as Zeta passes over. Rain isn’t all that bad. Wind can be rough at times. pic.twitter.com/hkTyxqv4Rv

Off of Port Fourchon, a fishing boat measured wind speeds up to 121 mph. If those winds are sustained and confirmed, it would put Zeta as a Cat 3 storm.

The hurricane made landfall as a strong Category 2 with winds of 110 mph. Anything at 111 mph or higher is a Category 3 storm.

Wow! Winds up to 121 measured on this boat in Fourchon. Video: Ross Edwards. pic.twitter.com/HRttZG8wo7

On the Westbank, downed power poles and pieces of metal were strewn across the road by the storm.

It's not exactly clear where the debris is from, but it will likely be a traffic hazard when Zeta leaves the area.

Metairie, meanwhile, suffered a direct hit from the eyewall of Hurricane Zeta, with sheets of rain pouring down in the area.

Video from Metairie as the eyewall of Hurricane Zeta hit.